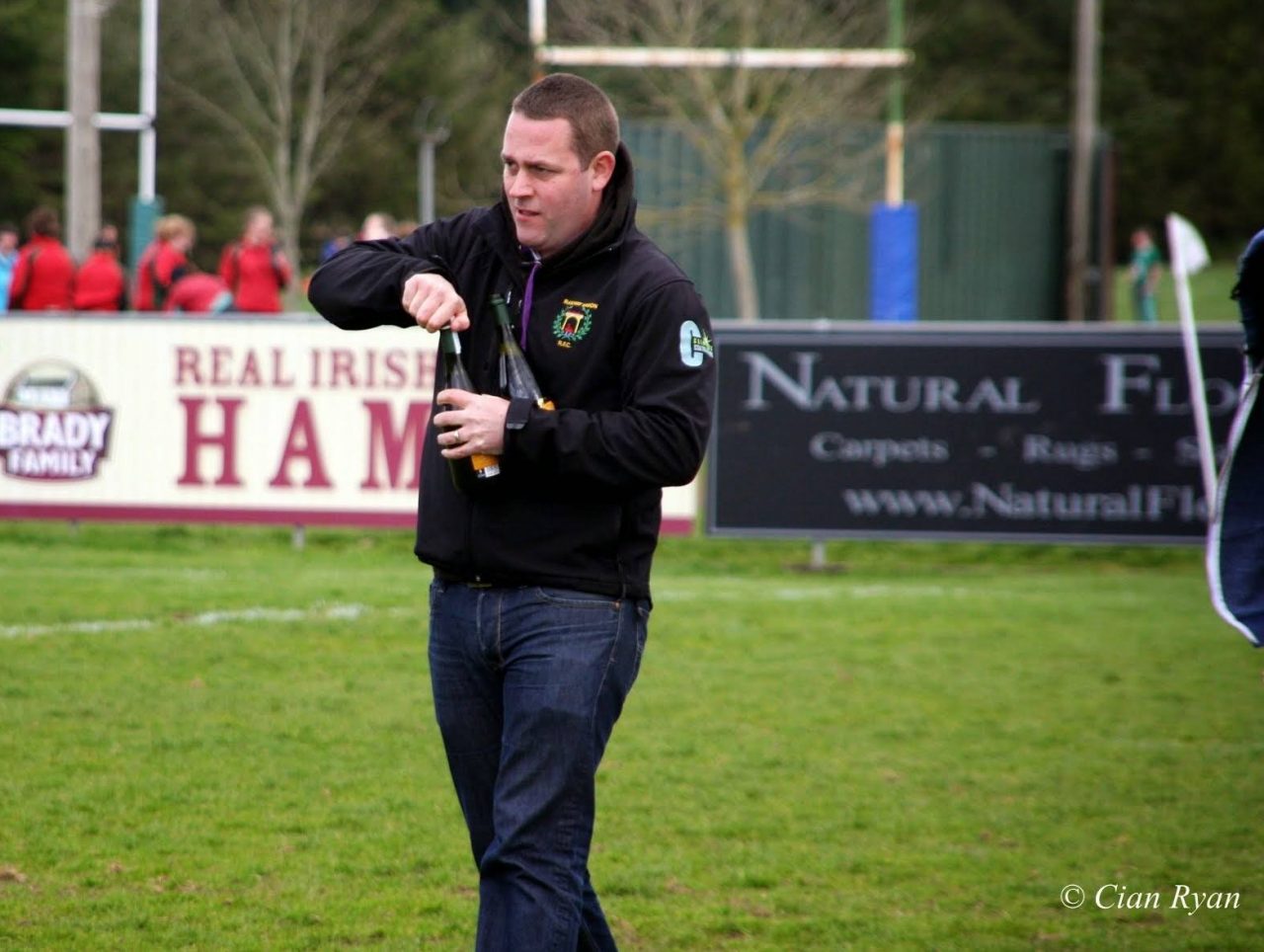 The article, that can be viewed here, laid claim that Bursey was the ‘only playing President in the whole province’, when he togged out in his new position of prop forward.

Roche was said to be particularly aggrieved as Bursey didn’t remember him, even though he was his opposite prop for the entire 80 minutes.

“To add further fuel to the fire,” added Roche, “our current President, Shirley Corcoran played the full 80 minutes on the following day in our Women’s 1sts AIL Division 1 victory in Highfield.  So we had two playing Presidents in the one weekend.“

Roche conceded, however, that Bursey was instrumental in securing a comprehensive 32-3 victory on the day for rampant Old Wesley, a fact that didn’t seem to discourage a bullish Roche.

“The return fixture is on 17th January in Railway,” said Roche.  “And my bet to Dave is this:  both of us tog out again and the losing President buys a round of drinks for both teams.”