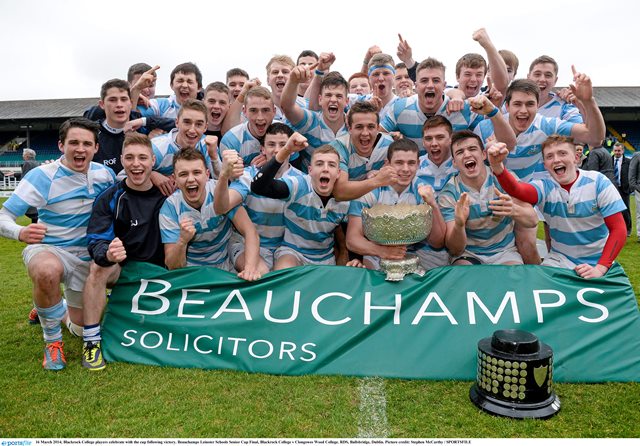 To Blackrock the cup and with it a record extending to a 68th title, but to Clongowes a lion’s share of the plaudits for making this another final to remember…

It was slow to get going, but once it did we were treated to precisely what we expected – another riveting rip-roaring contest in which the marginally better team on the day, but most complete in the competition overall, eventually emerged victorious.

The Williamstown School started with the advantage of what seemed a significant wind in the early stages and immediately set up camp deep in Clongowes territory.

But despite ‘Rock dominating field position for most of the opening half hour, the purple and white’s control at picking, popping and driving close to the fringe of scrum, ruck and maul– with Rowan Osborne the catalyst – kept the eventual victors at bay. 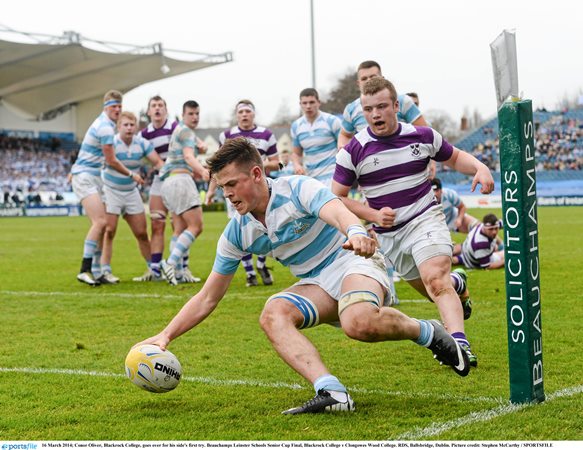 Simple and sensible tactics from Clongowes almost saw them make it through to the break without conceding a point, despite having their line crossed twice in the opening quarter.

First, following a Sean Kearns kick to the corner and a Conor Oliver line-out take and drive, the referee deemed the ball to have been held up with Oliver (the game’s outstanding individual) at the heart of this and most everything ‘Rock tried for the rest of the afternoon.

And then in the 12th minute Tristan Brady, Kearns and Jack Power (another to leave his stamp all over this final) seemed to have paved the way for Zach O’Hagan to cross for the opening try in the corner, but referee Gary Conway rightly referred to the TMO who deemed the final pass forward.

Clongowes appeared caught in a vicelike grip, but their superb scrambling and scavenging defence, plus Fergal Cleary’s sensible use of the grubber, ensured the frustration built even further for the defending champions. Then, in the blink of an eye, two brilliant Blackrock tries. 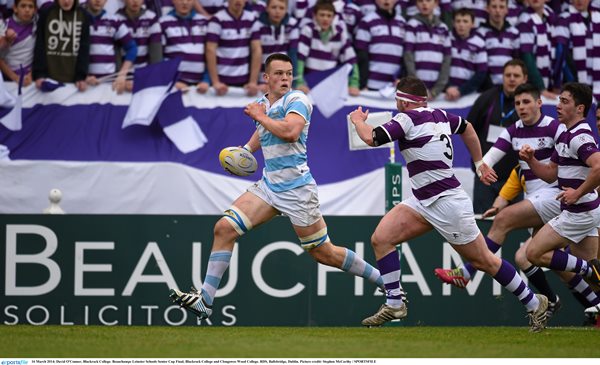 The first came on the half-hour mark when another Kearns’ kick to the corner and attempted follow-up maul was repelled, only for the livewire Oliver to steal away almost unnoticed up the blindside for a cleverly executed opening try. Kearns converted from close to the touchline and within minutes added a second. In a pre-rehearsed move, Power shifted from the right side of the field to left following a scrum in midfield and it was his side-step and timely offload to the supporting Hugo Keenan that presented the opportunity for the latter’s twinkling footwork to see him in. This left them with a hard-earned 14-point lead.

Then, within a minute, on a very rare sortie into ‘Rock territory Alan Hughes slotted a penalty from close to the 10-metre line for a very welcome psychological boost for Clongowes going in at the break.

No sooner had the game resumed than the influential Cleary (following another discussion with the TMO) was awarded his side’s opening try to the right of the posts. Hughes converted and, at 14-10, it was game on.
In the 52nd minute it got even better still for Clongowes when James Lappin, Hughes, Cillian Burke and Cian O’Donoghue interchanged passes for the latter to race in. Hughes again converted for a three-point lead (17-14), having trailed by 14 just a minute before half-time. 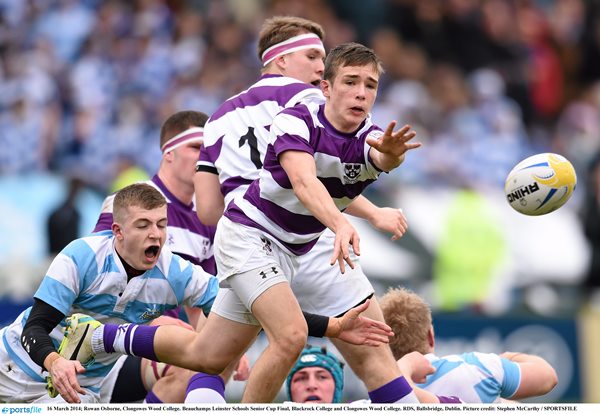 But cometh the hour in a cracking contest and following a Kearns penalty in the 56th minute to level it up, Nick Timoney was accredited the touchdown following another athletic Oliver line-out take and driving maul.
But there was still one huge contribution to be made by the ‘Rock defence, when, on their own line in the final minute, again it was the irrepressible Oliver competing for possession and in the process completing a final cup-sealing act.

The perfect 10 from 10 record in finals between the schools was complete and the ‘Rock reaction at the final whistle said it all. 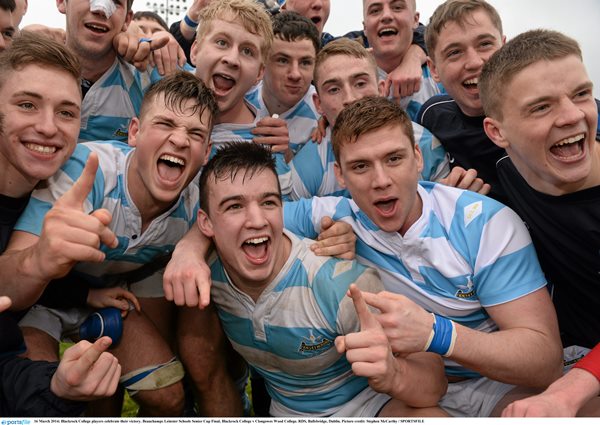 Check out all the photos from the final here.