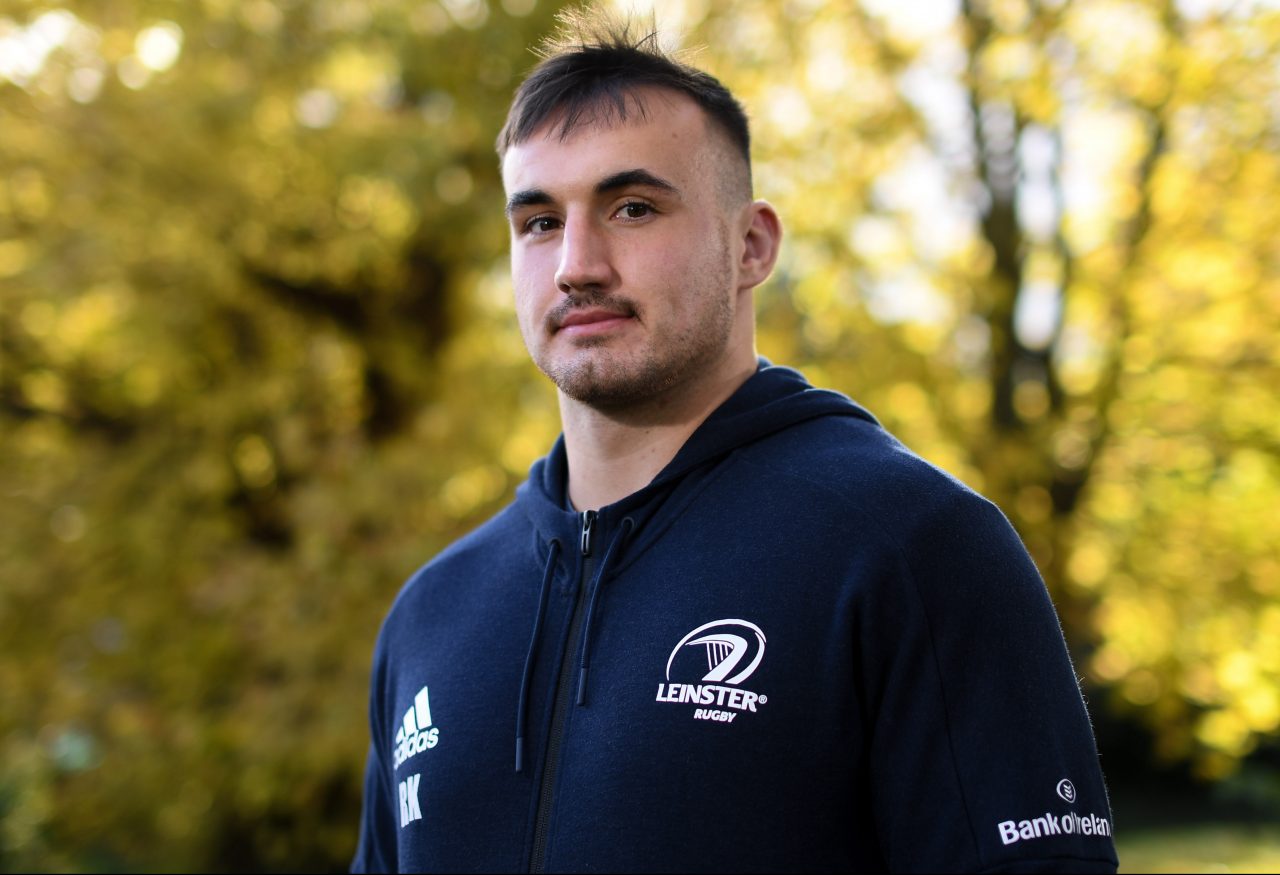 There were plenty of eye-catching moments from the opening two home games of the season against Ospreys and Edinburgh.

There were debuts galore as well as players scoring their first senior tries.

And then there was Rónan Kelleher who not only bagged his first senior try against Ospreys but his second and third as well in a Guinness Man of the Match performance.

“The first two home games of the season, the atmosphere was electric. The fans really brought loads of energy to us on the field.

“It was also great, personally, to have my family and friends able to watch the game as well. It was just really positive experiences, both of them.”

Just 21 years old, Kelleher is one of several young players that has come through the Leinster Rugby pathway to play a crucial role during the World Cup period.

“It’s been a really competitive group all throughout the whole pre-season and into the first couple of weeks of the season.

“We’re all just working together trying to stake a claim for the jersey and make sure that when the internationals come back that we’re not just giving it back to them, that we’re actually trying to fight for it ourselves.”

The next chance for these younger squad members to own the jersey comes this Friday night at the RDS Arena against Dragons.

The Welsh side are currently fourth in Guinness PRO14 Conference following a convincing win over Glasgow Warriors at the weekend.

“They’ve looked really sharp. They have a cohesive team that have played together over the last four weeks of the PRO14. They’re looking really good.

“Obviously, they beat Glasgow who we know for the last couple of seasons have been a huge threat and were champions there a few seasons ago. They’ve been doing really well so far.”

Tickets for Leinster v Dragons at the RDS Arena are available now from €26.