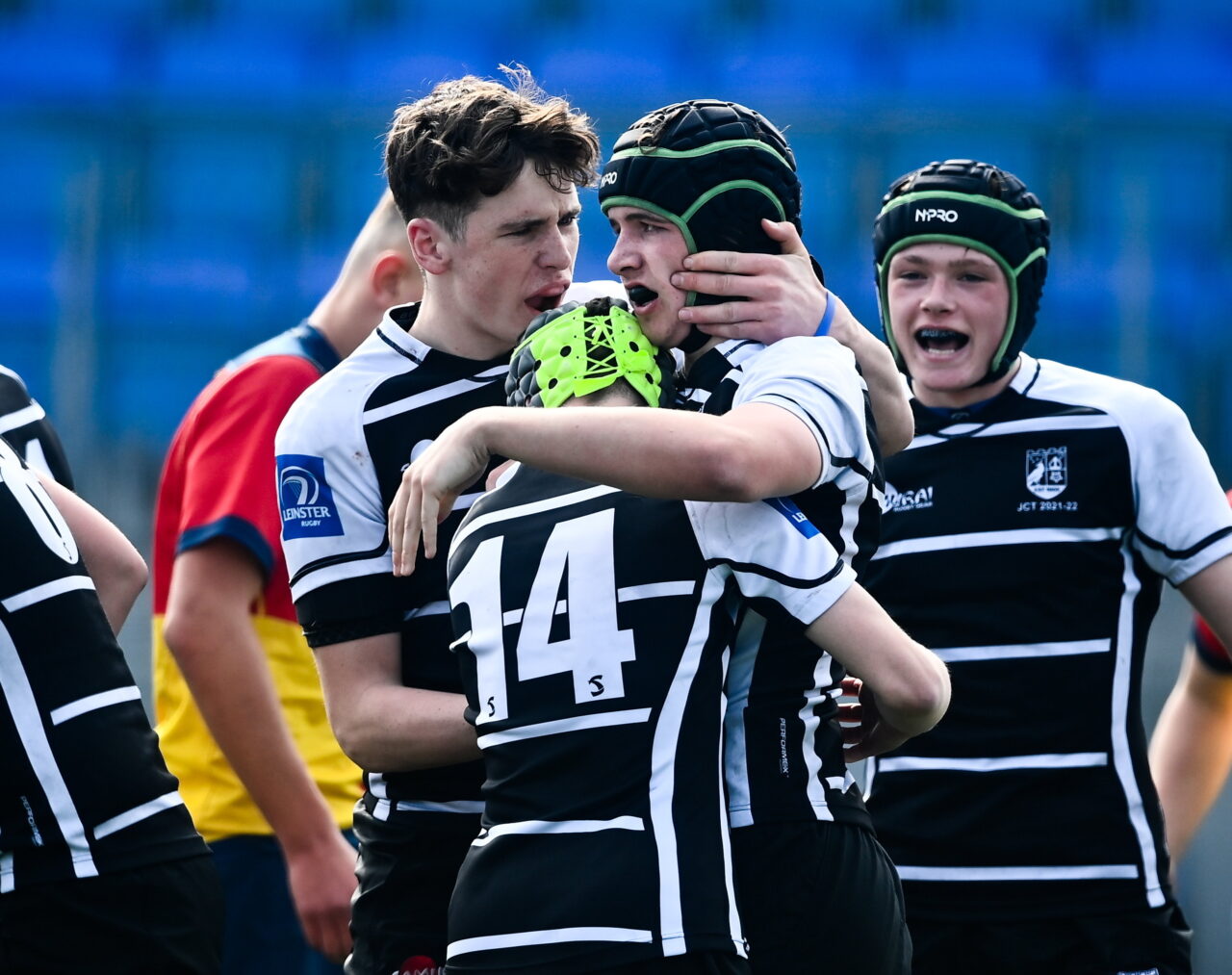 Cistercian College Roscrea have bridged an 82-year gap back to the last time they made it to the Bank of Ireland Leinster Schools Junior Cup final.

Truth be told, this was a unique match-up between two schools that had never played each other, one in St Fintan’s High School which had never even made it this far and another in Roscrea that had won the competition once, as long ago as 1939, before losing in the final in 1940.

It was captain Billy Hayes who led by example early on, splitting the defence with a powerful leg drive before sizing up full-back Rohan O’Shea and slipping the tackle for a try, converted by Jack Deegan in the third minute.

It was a hectic opening with Marcel Haas taking off up the middle for St Fintan’s and Lee Fitzpatrick snatching a turnover penalty on the floor for Roscrea.

Curiously, the Offaly school opted for a scrum on halfway, switching back to the right where Rob Carney broke a tackle and put wing Fionn Higgins in with a delicious blind pass for a 12-point lead in the seventh minute.

The jinking Deegan evaded four tackles to unsettle St Fintan’s defence again. Joe Finn bullied through the first line of defence only to fail to find Carney on his inside shoulder.

The Sutton school was hanging in there, just about, as their defence kept knocking over runners, hooker Simon Cantwell and tighthead Robert Harvey working overtime.

When they tried to switch the play through Haas, the movement broke down and Higgins was onto the ball in a flash to rip down the tramline for the third try for 17-0 after 19 minutes.

In fairness, St Fintan’s reacted positively, threatening up the left where Joe Finn came to the rescue, the derring-do of centres Haas and Louis Martin causing concern in broken play.

The rise in errors made for a stalemate in the middle third of the pitch as the High School looked to work from a solid scrum platform.

The latent power of Roscrea was shown in Hayes’ poach at a ruck, Fitzpatrick barging over opposition and Carney’s athleticism on the move. 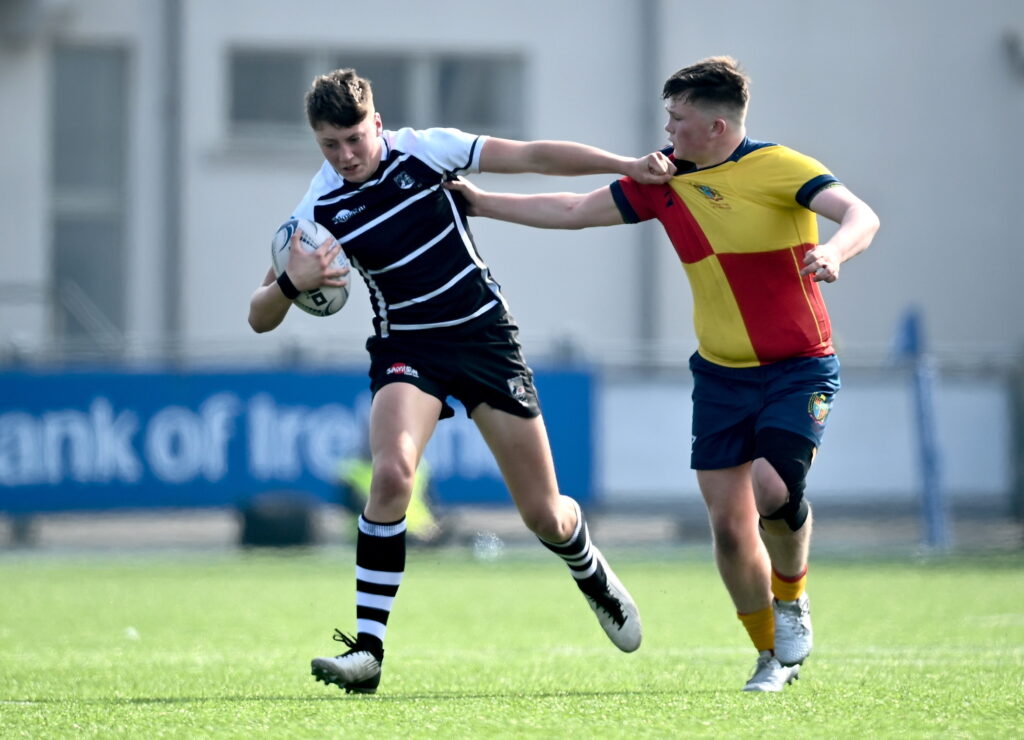 All the while, St Fintan’s were sustained by Rory O’Connor-O’Hehir’s turnover on the ground and their discipline in keeping Fitzpatrick out from a five-metre penalty.

It was a temporary reprieve as Carney powered out of a tackle to put full-back Sam Cusack in for the fourth try for 22-0 on half-time.

St Fintan’s had no choice other than to come out firing, moving the ball freely without ever finding the soft spot in the defence.

You had to admire their commitment to running rugby, the O’Connor-O’Hehir brothers, Rory and Tadhg, looking for the frontfoot.

They were the key to giving Oisin Kelly a sniff on the outside only for Cillian Lewis to snag the wing.

Still, there was a sense of creeping confidence and second row Michael Bolger splashed down for a well-constructed try for Ben Barnes to convert.

Then, centre Haas moved away from chasers for 40 metres to put St Fintan’s in business again.

Rory O’Connor-O’Hehir’s burst from the back of a scrum was a marvel and blindside Adam Coffey lunged for the line for Barnes to convert in the 44th minute.

Centre Carney was on his way to a certain try when play was called back for a forward pass and this fed St Fintan’s energy as the passes started to stick.

Once again, Carey cut through a thicket of bodies to enable centre Finn to go close before Fitzpatrick’s strength was too much from close range, Deegan converting for 29-12 in the 53rd minute.

It didn’t seem to unduly bother St Fintan’s as Haas’ sneaky speed and the offloading of the collective kept Roscrea off-balance, Rory O’Connor-O’Hehir being held up over the line.

The No 8 would not be denied the next time, driving to the line for Simon Fogarty to end the contest with his conversion.