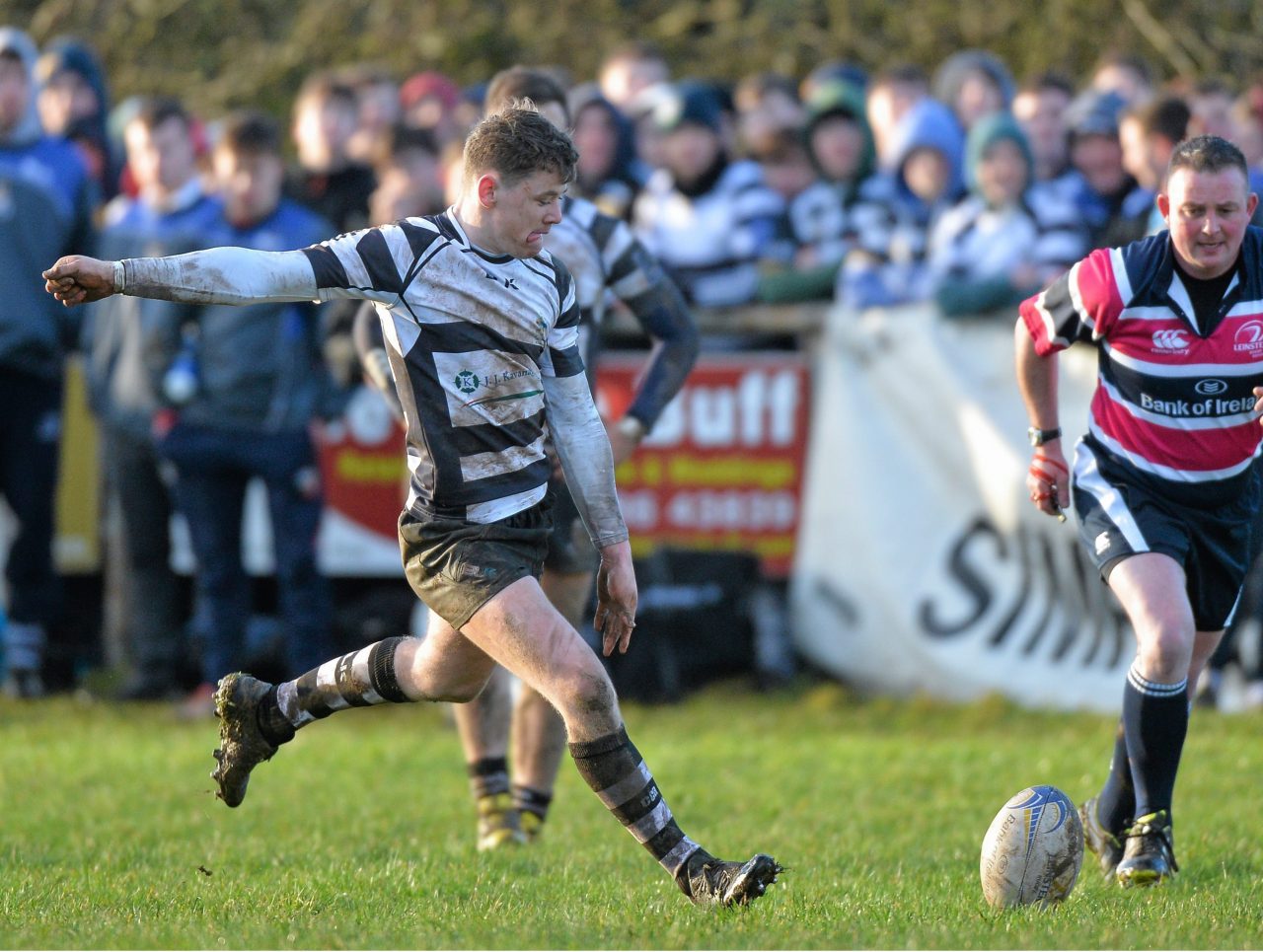 Holders Roscrea stayed on track in a three-try to none win over Kilkenny College to make the Bank of Ireland Leinster Schools Senior Cup quarter-final at Portarlington RFC on Wednesday.

This was a repeat of the Leinster League final in which Roscrea also came out on top, though the soft going probably had a greater detrimental effect on Kilkenny’s natural instinct to move the ball.

However, the Marble City boys got out of the blocks well with number eight Anu Awonusi carrying well ahead of fly-half Joshua Millar striking a drop goal in the seventh minute.

This was negated by a penalty from Roscrea full-back Alan Tynan before Millar restored Kilkenny’s lead from a penalty in the 20th minute.

It was nip and tuck in the difficult conditions until the larger Roscrea forwards began to get a grip on proceedings for prop Michael Milne to find a way through for Tynan to convert for 10-6 just before the break. 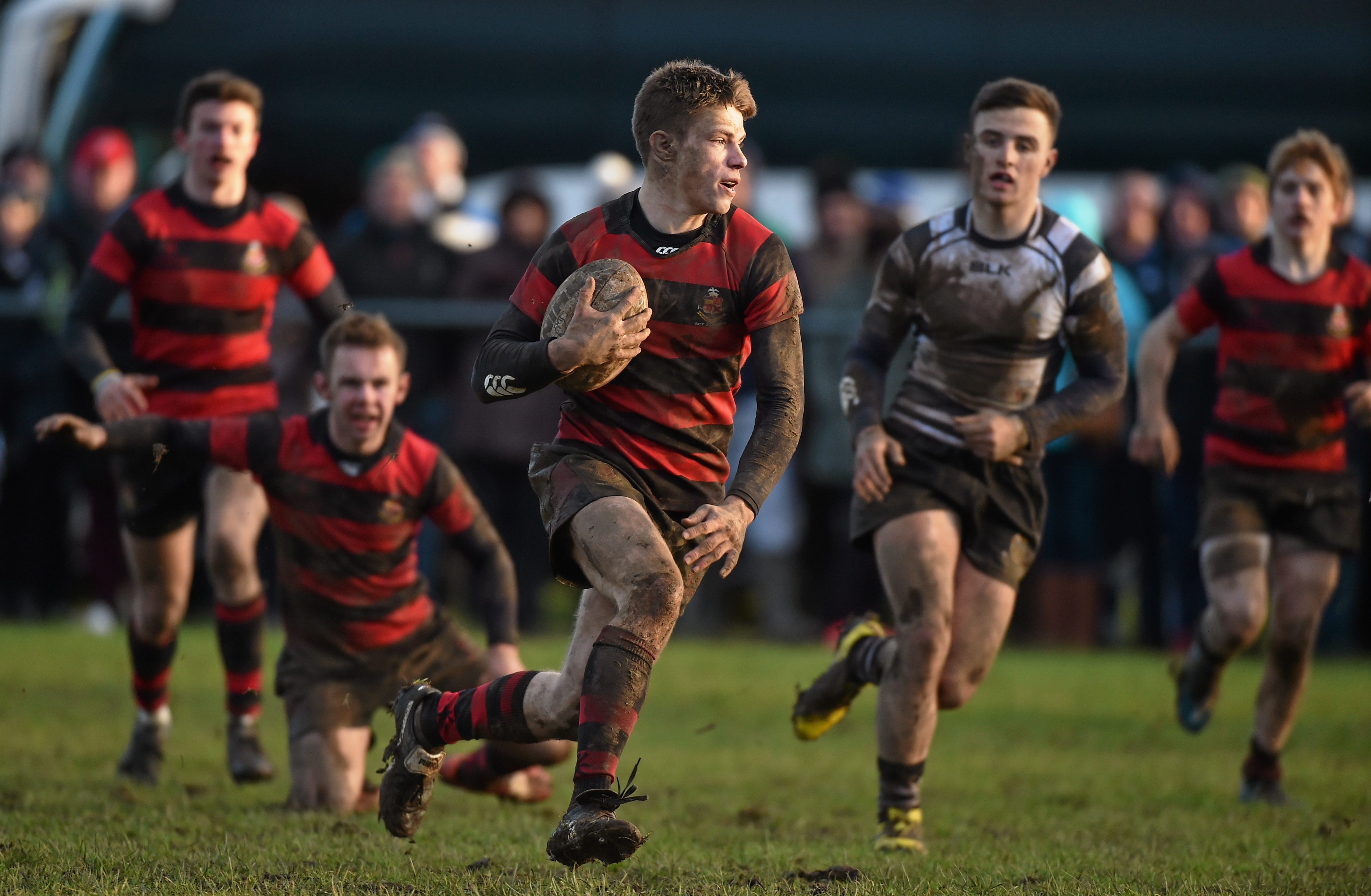 The vital two-score gap was created when the other prop Dylan Murphy’s bulk made all the difference in the 39th minute.

Thereafter, the champions tightened the screw as the pick-and-drive allied to a useful maul wore down Kilkenny to the point where they found it hard to escape their own half.

The cherry on top came when second row Finnian Wycherley claimed the third for Tynan to convert in the 66th minute.