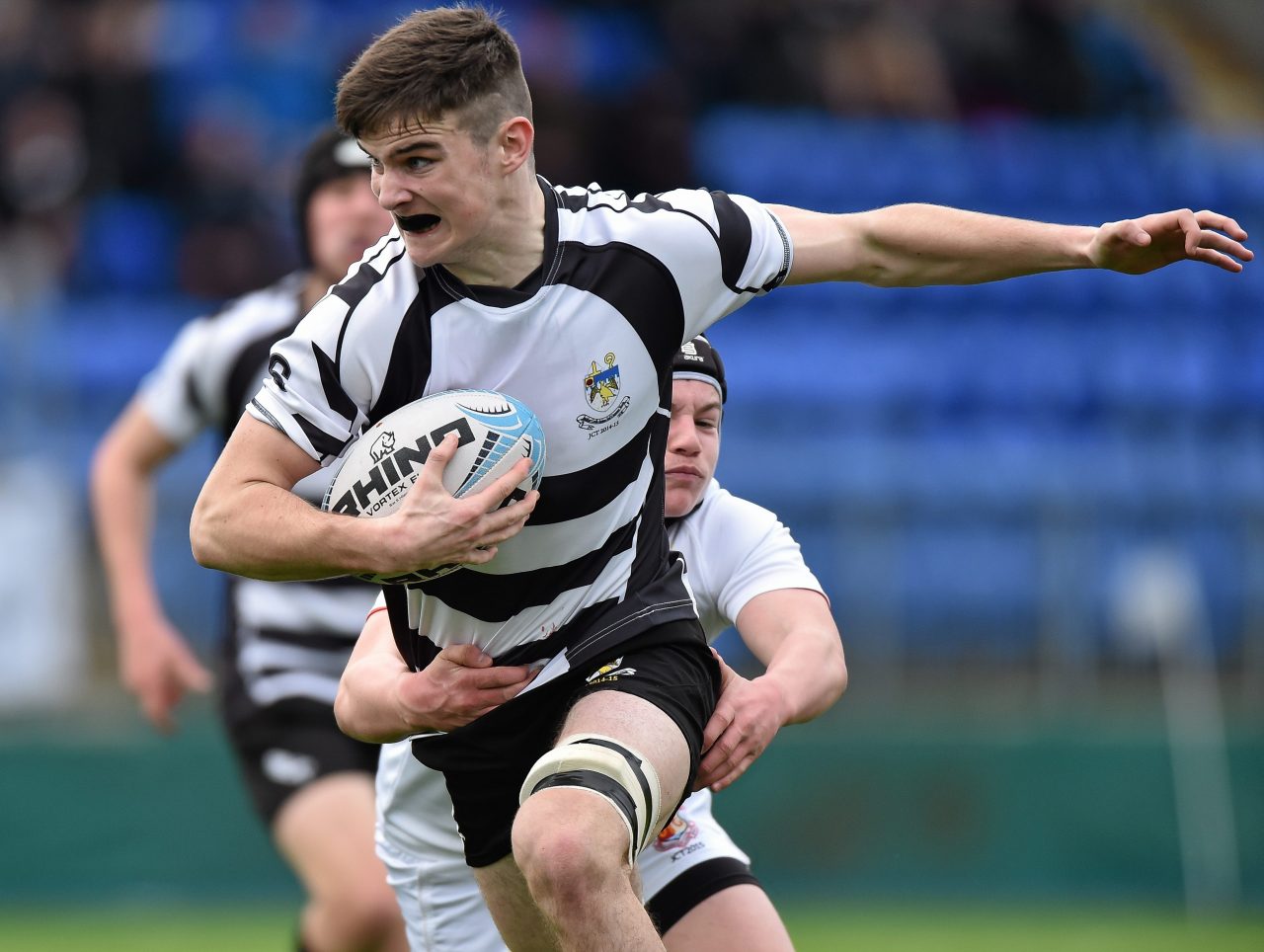 The boys from Roscrea had to survive a serious second-half comeback by Pres Bray to make it through to the quarter-finals of the Bank of Ireland Leinster Schools Junior Cup, in association with Beauchamps Solicitors.

From the kick-off there was impressive physicality from the Roscrea flanker James Corcoran, prop Ryan Lomas and number eight Luke Rigney to set up a penalty option. They went for the corner, mobilised their maul only to be whistled for obstruction.

They quickly threatened again through out-half Evan Browne’s post-tackle persistence in twice getting to his feet. Pres lock Jack McGrath got in to clamp down on the ruck ball.

Pres were forced to defend as Roscrea lock Daniel Power ruled the lineout and Corcoran was a bundle of energy and efficiency.

The discipline of the Bray boys in defence was laudable, led by captain Joe McLaughlin. The number eight earned a penalty at the breakdown and scrum-half Elliott Ryan nailed it from 40 metres for 3-0 in the 14th minute.

It was Power who stole a lineout to put Corcoran on the front foot. Prop Lomas carried strongly. The recycle came once, then twice for Rigney to go close and Corcoran to complete a power-packed attack.

Fly-half Browne added the conversion in the 16th minute.

It wasn’t long before they stretched the lead as they rolled forward with big carriers into resolute defenders like prop Tom Harbison and lock McGrath.

The power was just too much with tight-head Kevin Fitzgerald forcing his way to ground for Browne’s conversion to make it 14-3 in the 18th minute.

Pres activated a clever restart, spotting Roscrea were light in numbers on the stand side, and centre James Vance almost made them pay with his pace onto the ball.

They still had position. Vance tried the outside. Rowan O’Halloran was there to make the stop. Full-back Aaron Walsh ran a good line, but the pass was behind him and the chance was lost when Browne booted up-field.

The bulk Roscrea brought made the hard yards look easy. Corcoran was nearly in for his second. There was nothing subtle about it. Rigney and Power were repelled by super defence by wing Andrew Conway on the short side.

The lead was almost increased when Corcoran was called back for obstruction at a 5-metre scrum just as he crossed into the corner at the half-time whistle.

Something had to change for Pres. It didn’t immediately.

The power game was supported by the class of Browne to get his backs moving for lock David Maher, Rigney and Corcoran to do damage, eventually freeing centre Jay Culliton to make the line in the 33rd minute. 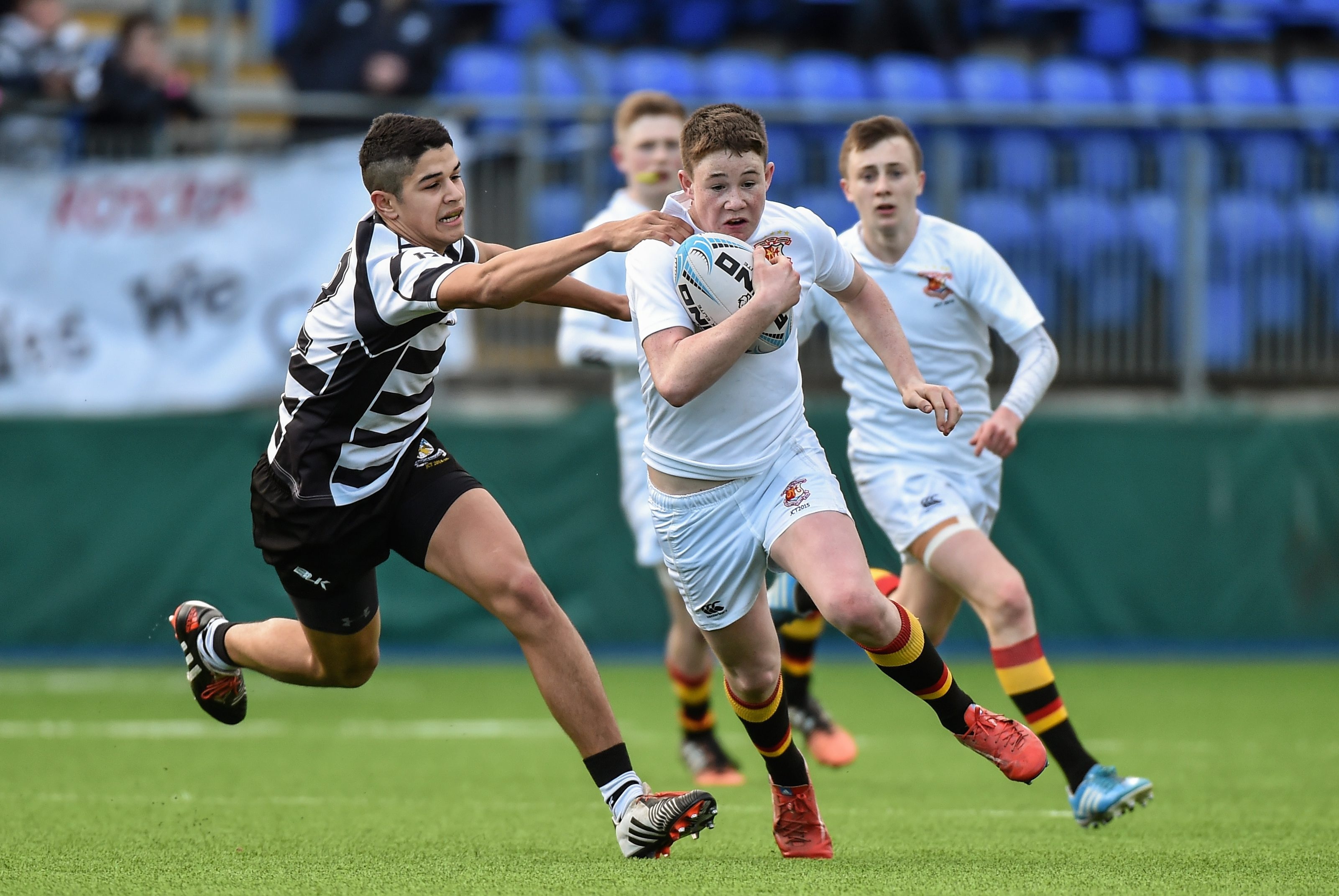 Then, centre Adi Donovan cut a sharp line and had the strength to cross for 24-3 three minutes later.
It was then Pres hit back.

Fly-half Mick O’Gara’s grubber into space caused indecision and a penalty. The lineout-maul was strong enough to occupy the Roscrea pack and Ryan split left for a clever try, converting from the right in the 40th minute.

It gave them an instant shot of confidence. Another penalty arrived and Ryan landed it from in front of the posts to make it an 11-point game midway through the half.

The pendulum had swung.

Full-back Walsh countered from a poor clearance. Centre Cummins was just caught by Donovan and Ryan slotted three points to make it 24-16 in the 52nd minute, a run of thirteen unanswered points.

The tactical kicking of Ryan and O’Gara was taking Pres forward. Captain McLaughlin was growing with the minutes. But, O’Gara couldn’t quite break away from Donovan.

It was Donovan who clipped a ball forward to hand Roscrea the territory they had been lacking. The lineout malfunctioned and Pres came away again.

Roscrea were looking for the clock; Pres for a miracle two scores. They never came.     CISTERCIAN COLLEGE ROSCREA 24 PRES BRAY 16