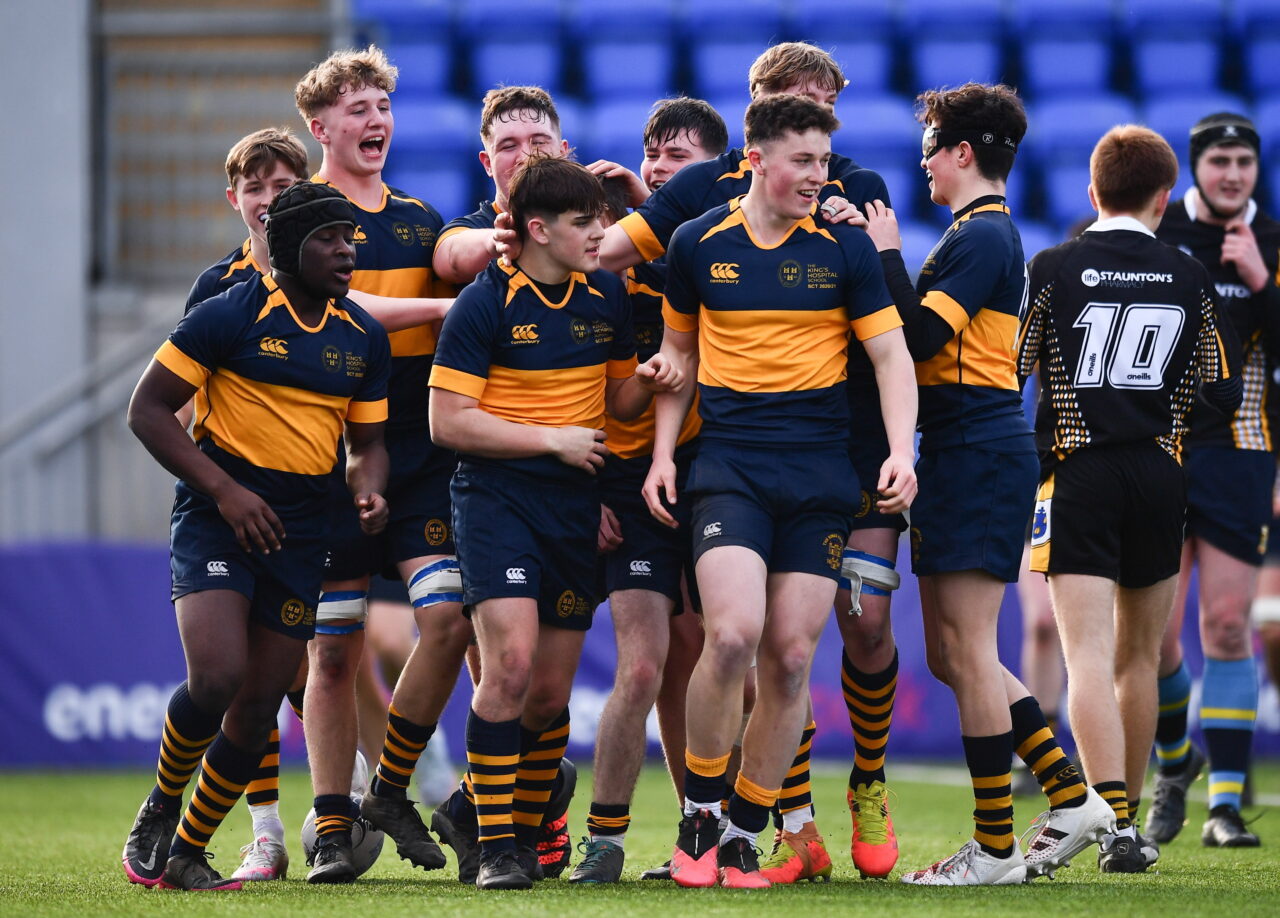 The Bank of Ireland Vinnie Murray Cup kicked off this week with a thrilling first round of action.

Gorey Community School and Salesian College served up a cracking first round contest at Greystones RFC on Wednesday.

There was little to separate these two in the first half, Gorey centre Conor Wafer seizing on a fumble and out-half Simon Campbell-Carty grabbing an intercept for Neil Byrne to convert both.

In reply, Salesian were sharp enough on the ball to create the openings for tries by Craig Doyle and full-back Rory Mulhere, Gavin Keane adding one two-pointer to trail 14-12 at the break.

It was Gorey’s knack for striking first that propelled them ahead again, hooker Eoin Dunne making the line for another Byrne conversion.

Even though Salesian centre Adam Gray hit back, the Wexford school were able to add two more by tries by Ewan Stephens and Byrne, whose four out of five conversions was the difference in the end.

The refusal of the Celbridge boys to bend the knee led to bounce-back touchdowns by flankers Harry Doyle and Hugh Donegan in a fitting tribute to their attitude.

The King’s Hospital were every bit as dominant as the scoreline would suggest against St Patrick’s Classical School in a doubleheader at Energia Park on Wednesday.

This was a wearing down process in which prop Mikey Doyle and scrum-half Luke Fogarty picked up the first two tries for Hos’.

Both of them were converted by captain Harry West, who also added a penalty for good measure, making it 17-0 at the break. 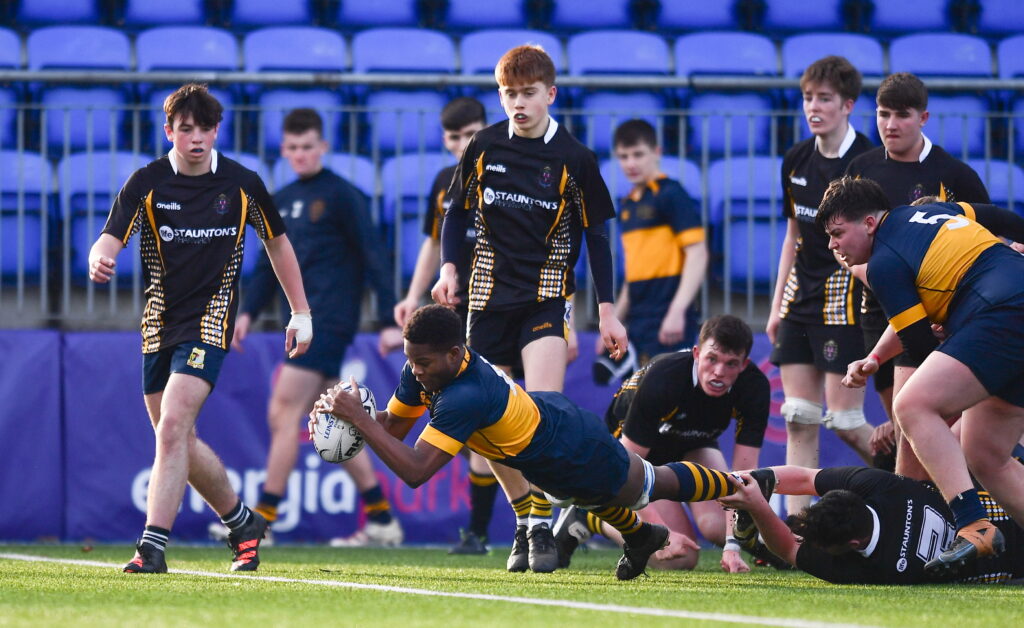 All the while, Oisin Heffernan never stopped working on the openside for St Patrick’s, Eoin Donegan got through a mountain of work in the second row and scrum-half Cian Egan was as busy as a beaver for the Navan school.

Despite this, West, Toni Lawal, out-half Jacques Pretorius and lock Jordan Edeh-Awunah all pierced the defence, West keeping his 100 per cent conversion record.

St Pat’s did manage to make enough headway for prop Finn McNally to blast over from close range, Cian O’Sullivan converting for a consolation.

Temple Carrig and St Andrew’s College will have to do it all over again after a last-minute try from prop Jude McCrea in the second match at Energia Park.

The Wicklow school had, by far, the better of the opening period, using their territorial advantage to construct tries for centre Colm Condon and full-back Rhys Gamble in building a 10-point gap.

St Andrew’s were living off scraps of possession. Joe Ballance slotted a penalty from one of their few forays forward for 10-3 at the break.

The trend of Temple’s dominating the ball continued for scrum-half Paddy Wedgeworth-Byrne to sniff out a try in the third quarter. 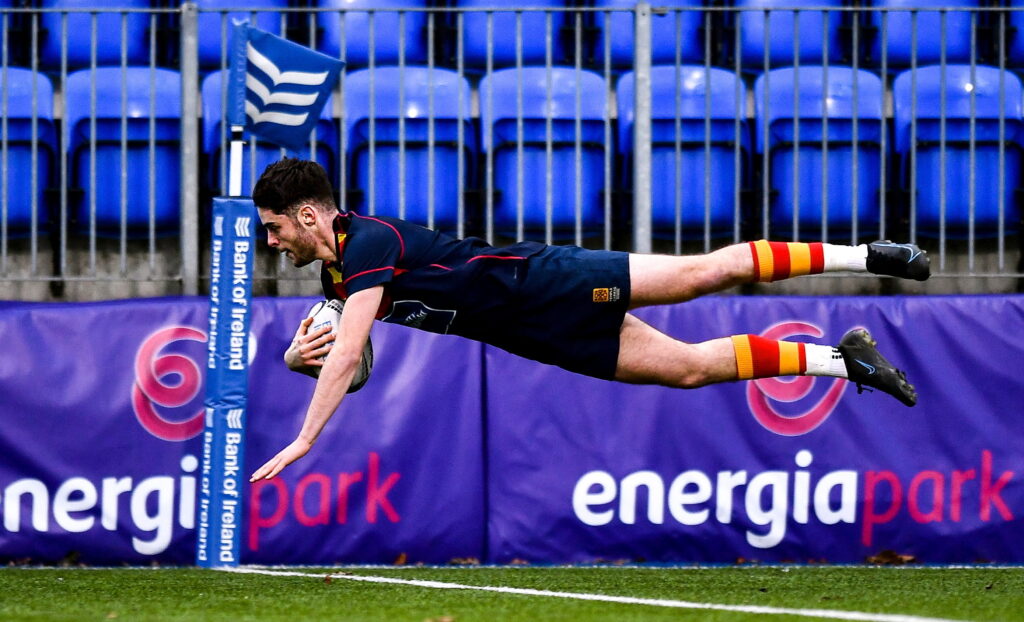 At this point, the Booterstown school were able to use their big boys to inch forward, Moss Simington grounding the ball for Ballance to convert.

Ballance’s second penalty made it a two-point game before Condon stretched it out to 18-13 from a 61st-minute penalty.

It all boiled down to a frantic finish in which St Andrew’s ball carriers eventually wore down the defence, a series of drives ending with tight-head McCrea finding the line to force the draw in the last minute.

Wilson’s struck first when Tom Wheeler shot a penalty as a reward for a direct style of play ahead of a period when neither school could assert superiority. 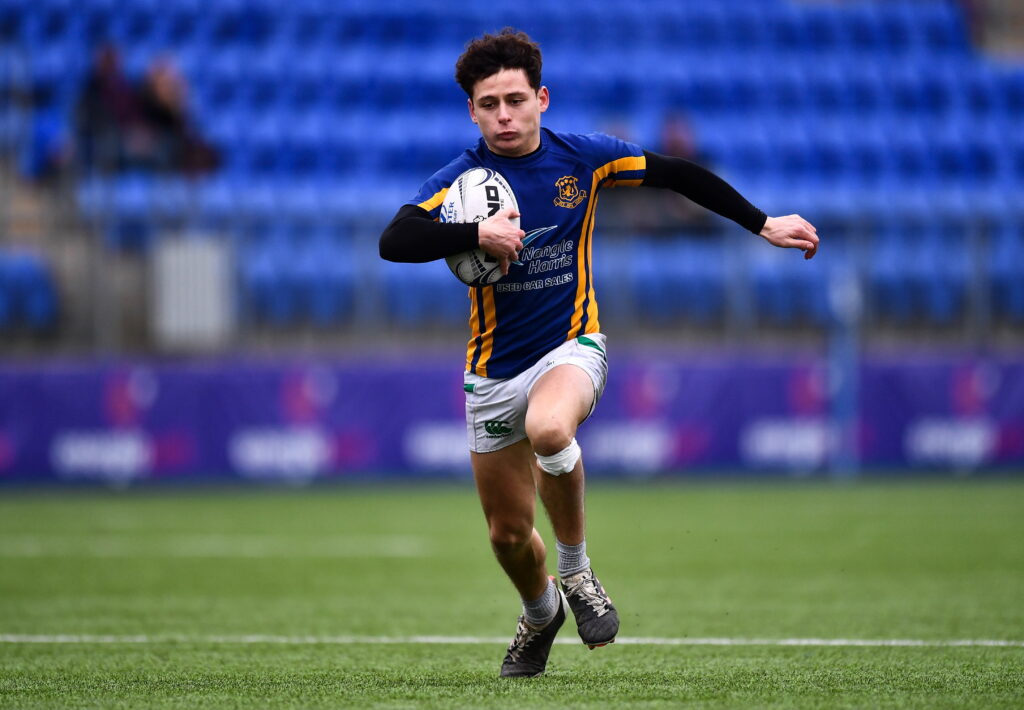 But, just as they threatened to add to their slender lead, St Fintan’s captain Matt Linehan picked off an intercept deep inside the 22 to go the length of the field, Luke Ingle converting for a 7-3 lead at the interval.

If anything Wilson’s had the better of the exchanges in the third quarter, eventually breaking through from out-half Wheeler’s try in the 51st minute.

Fly-half Conor Cribbin and centre Shane Patterson grew into the game for the Sutton school and Linehan was there to pick-and-go for his second try, converted by wing Ingle, on the hour.

It came down to St Fintan’s discipline in defence, holding out late on to guarantee a place in the second round.