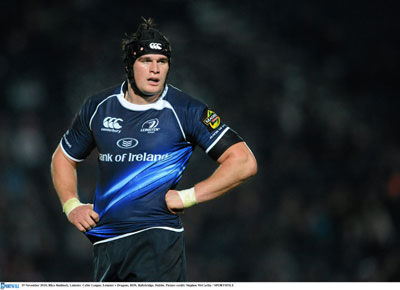 Andrew Trimble returned to competitive action for his province at the weekend following his hand injury and is included in the squad for this week’s preparations ahead of the game against Scotland in Edinburgh.

Tommy Bowe also returned to play for his club Ospreys after recovering from his knee injury that has kept him out of the opening two rounds of the championship and has been named in the squad. Backs Denis Hurley and Gavin Duffy also came through unscathed from their provincial games in the Magners League and are included.

Second rows Mick O’Driscoll and Donnacha Ryan have also been called up as have Tony Buckley, who played for his province after returning from a hip injury, and Leinster back row Rhys Ruddock.

The Ireland squad will gather in Dublin on Monday evening with the first training session scheduled for Tuesday morning.