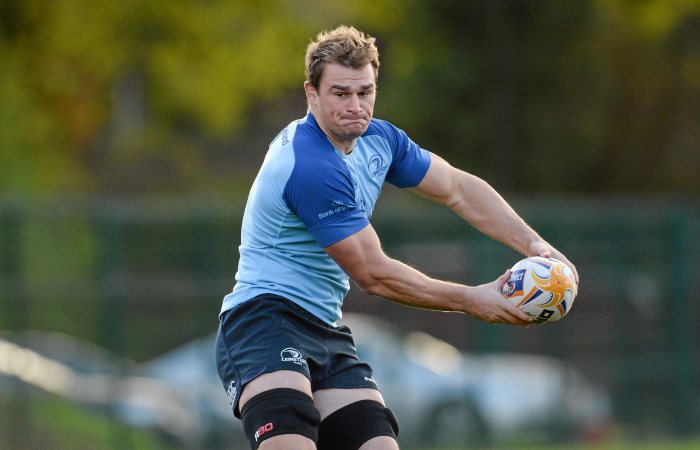 With the November internationals taking place, certain players have been able to take a well deserved break. For Rhys Ruddock this has been both a blessing and a curse.

“(The break) was a little frustrating; you just want to keep playing,” the 23 year-old said.

“Definitely for a lot of us, we would have liked another game, but now looking at it, it’s nice because we had a two week break to prepare for what is a big game for us. What seemed a little frustrating at the start seems like a real positive heading into this game.”

The upcoming match against Treviso will be a big test for a Leinster team that is without many international players. Treviso have already registered home wins against Connacht (23-3) and Munster (29-19) so far this season.

“Going away to play Treviso has always been a real tough fixture and this week will be no different,” Ruddock says.

“Though they are missing a few players on international duty, they’ve got a lot more strength in depth this season and although they’ve lost a couple of games they seem to be coming very close.”

“We know what it’s like to go over there and play. It’s always a really tough fixture. We’ve always had very close battles over there.”

After the Treviso test, Scarlets will be Leinster’s next PRO12 opponents in a game that will see the province play in the RDS for the first time since the victory over Connacht on the 26th of October. Then it will be on to the back-to-back games against Northampton Saints in the Heineken Cup.

Ruddock sees the Treviso and Scarlets games as the perfect preparation for these two crucial European matches.

“Yeah, these games definitely are the ideal build-up. Obviously leading into those games (in the Heineken Cup) you want to have a couple of tough fixtures. Having played the Scarlets already this season and getting one up on them, I’m sure they’ll be out to get us.”

Leinster play Treviso this Sunday in Stadio Monigo, KO: 3pm local time. Deferred coverage of the match will be on TG4 at 5pm.

Leinster return to the RDS to face Scarlets on November 30th in the PRO12, followed by two crucial matches against Northampton in the Heineken Cup. Get your tickets for those games here.