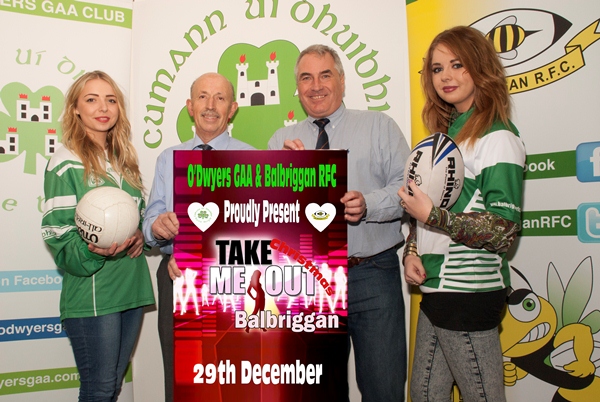 However, both clubs have one clear goal in mind, one that is driven by the necessity for the provision of sport for the youth in Ireland’s fastest growing town. The relationship began back in the summer of 2012 when both clubs decided to jointly run a white collar boxing event to raise much needed funds. With this in mind the two clubs formed a joint fundraising committee and set about its task.

A lot of hard work done between June and November 2012 with a lot of late nights and worry but in the end the event was an outstanding success with over 1,200 people from the local community attending and tremendous support from the local businesses. This successful event was quickly followed by a further fundraising event earlier this year-which was also hugely successful.

There has been a real benefit in synergizing both clubs to fundraise and the process has been a huge success. This is made easier in a community setting as many members and players in both clubs alternate between Rugby and the GAA. This has also been helped by the quality of the end product that has been produced at the joint events we have now run together.

The next major fundraiser for both clubs will be ‘take me out at Christmas’ which will be held on the 29th of December in the Bracken Court Hotel in Balbriggan. Tickets, which are in limited supply are priced at €;20 and are already selling fast. The joint fundraising committee are brimming with new ideas for 2014 and hope to produce bigger and better spectacle’s going forward always bearing in mind that the effort is keeping teams on pitches and providing an opportunity for every child in in our community in Balbriggan to participate in sport.