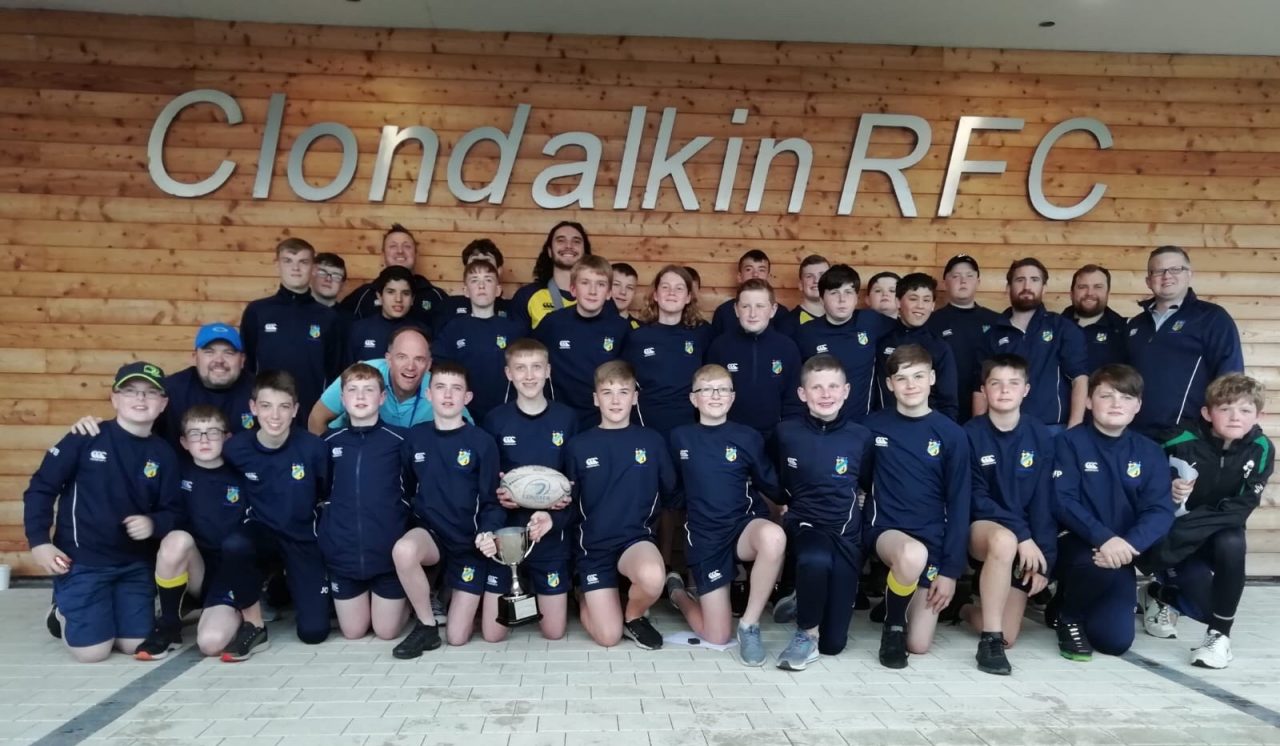 You knew it might not be a good day when chef James Lowe turned up to cook breakfast at Clondalkin Rugby Club.

No sooner had the boys in the club downed Lowe’s grub than Ireland lost to Japan in what was the pivotal match of their 2019 Rugby World Cup.

It wasn’t all bad news. The Leinster wing was there because he had declared his allegiance to the west Dublin club rather than plum for an Energia All-Ireland League powerhouse in a typically unpredictable move.

“I was getting questioned by everyone: ‘Who’s your club?’ All the usual people were trying to affiliate myself with their club,” said Lowe a while back.

“You know the powerhouses of club rugby, they wanted me to come down and I was like: ‘Mate, you’ve got enough of everything’.

“I literally said to the boys: ‘What’s a club no-one would think of?’ Someone said: ‘Clondalkin’. And I was like: ‘Man! That’s my club’.”

Clondalkin’s Welfare Officer Gareth Steed has served time as a referee in his work to give back and he has not forgotten the generosity and outside-the-box pick by Lowe.

“The club started in 1973 in Moyle Park College, lasting two seasons before a loan was secured by the bank manager Paddy Gordon to buy the grounds at Kingswood,” said Steed.

“Paddy was a Roscommon man. The club still plays in their colours, a yellow strip with a blue band, and that is where our ground’s name comes from, Gordon Park.”

It is a constant struggle going up against competing sports in the area with traditional allegiances to gaelic games and soccer.

“We have always been trying to get players from the locality,” he said.

“We are always on the lookout for them and we make a big effort to make them feel welcome, regardless of their ability.

“There wouldn’t be a great rugby tradition in the area. There are a lot of soccer clubs. We are next door to Shamrock Rovers’ Centre of Excellence and they have several hundred kids there all the time.

“But, it is a totally different model. They are a professional set-up, looking to bring professionals through into the game. We just want to attract kids to play rugby, to learn it, to love it, to play it with no pressure.

“This year, we have grown our numbers, more so in the youths set-up than in the minis which is unusual. Normally, the minis have greater participation and there is a drop-off.

The potential for Clondalkin to really take-off can be measured in the huge population surrounding the club.

“It is a very large catchment area for all social backgrounds,” he said.

“We’ve got players from City West, Saggart, Clondalkin, parts of Tallaght, Blessington, Kill, Newcastle and Rathcoole. It is a huge area. We don’t have that thing where all the players know each other from going to school.

“It is not about lifting heavy weights. It is just about introducing them to the correct techniques and giving them another place where they can get together to foster that club culture.”

The problem is the club is based out in Kingswood just beyond Newlands Cross, not smack bang in the middle of the community like Round Towers GAA club. That is a disadvantage in an area where gaelic games, soccer and even basketball are played heavily.

“A lot of people don’t know there is rugby in the area, even though we have been there since 1973.”

Clondalkin look at Coolmine and Barnhall as similar clubs who are that much further down the track in attracting kids from their local community.

The patrons of Clondalkin have been extremely pro-active in marketing the club, spending resources on a leaflet drop designed to reach out to 50,000 possible members the season before last and maintaining a high social media profile.

“What’s happened is that some parents have got involved in the club and our social media profile is second only to Leinster Rugby itself.

The goals of the club are not necessarily aligned with many of those pushing for life in the All-Ireland League.

“It is very important that we don’t promote a winning culture,” said Steed.

“The goal of the club is the progression of the youth teams from Under-18s all the way down to minis, to have a good standard with a real emphasis on fun.”

The merits of Clondalkin’s youth system is beginning to bear fruit with the significant achievements of their Under-13 and Under-15 squads last season.

“This season, we have achieved a few benchmarks. Our Under-16s Cathal Downey, Luke Swayne on the team and Manny Muritala and Conor Branigan are playing representative rugby on the North Midlands. That is what we want.”

The club has taken advice from former coach John Bagnall and Damien McCabe out of Leinster Rugby not to make winning the be-all and the end-all.

“It is all about making it an enjoyable experience, one that will have the kids come back and the player starting out may become a very good player somewhere down the road.

“It meant that everyone got a lot of playing time. We don’t have the As and Bs. We keep mixing it up.

“Kids are smart. They do know where they fall on the pecking order. We don’t want 15 subs standing on the sideline all game long. It is all about participation for us.”

This article first appeared in the Official Matchday Programme for Leinster Rugby’s Guinness PRO14 clash against Glasgow Warriors at the RDS Arena on February 28.