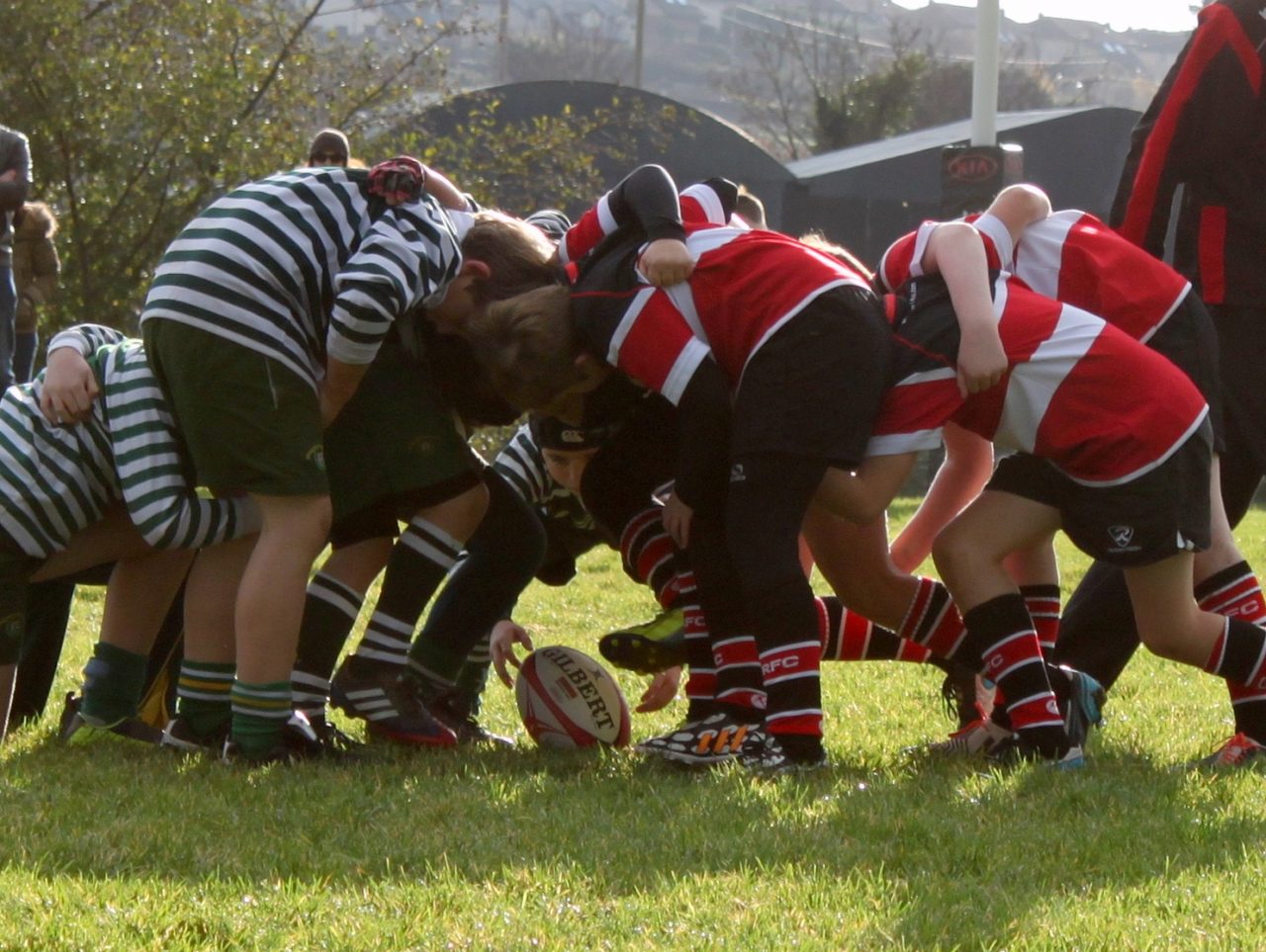 The rugby gods certainly smiled on Wicklow Sunday morning as Wicklow RFC Minis hosted their close neighbours Greystones RFC Minis in an U11 derby fixture on a bright, crisp day…

Both clubs fielded big numbers and there were 3 matches on the go at all times. Plenty of skills on show and some great team tries by both clubs.

One of the matches was a development match to allow both clubs field players of similar ability, some of whom were new to rugby. This proved to be equally competitive and successful with players getting their chance to shine.  The final match for this group was an inter-club match with players from both clubs playing on each team. This was a highlight of the day with great running rugby and tries galore.

Well done to all involved and a big thanks to Greystones for visiting. Wicklow U11’s will be back training for the next couple of weeks with their next fixture against New Ross on 6th December.

Meanwhile, Gorey hosted a Minis Blitz against the Wicklow Under 10s, 9s, 8s and 7s teams.  Enniscorthy RFC Minis were also in attendance. These three clubs are some of the strongest in Leinster in terms of numbers at minis level so there was a fantastic turnout. The day was very well organised and blessed with great sunshine.  Lots of fantastic rugby played with a great mix of talent and skills from all clubs.  Big thanks to Gorey for being terrific hosts as always.

Wicklow RFC now has over 400 children playing minis rugby.  Wicklow’s aim is to allow children play a safe, fun and skilled game through a mix of matches and coaching. If you or your child is interested in trying rugby, get in touch by emailing info@WicklowRFC.com or drop down to the club in Ashtown Lane any Saturday morning when the Mini teams are training and witness the fun for yourself.