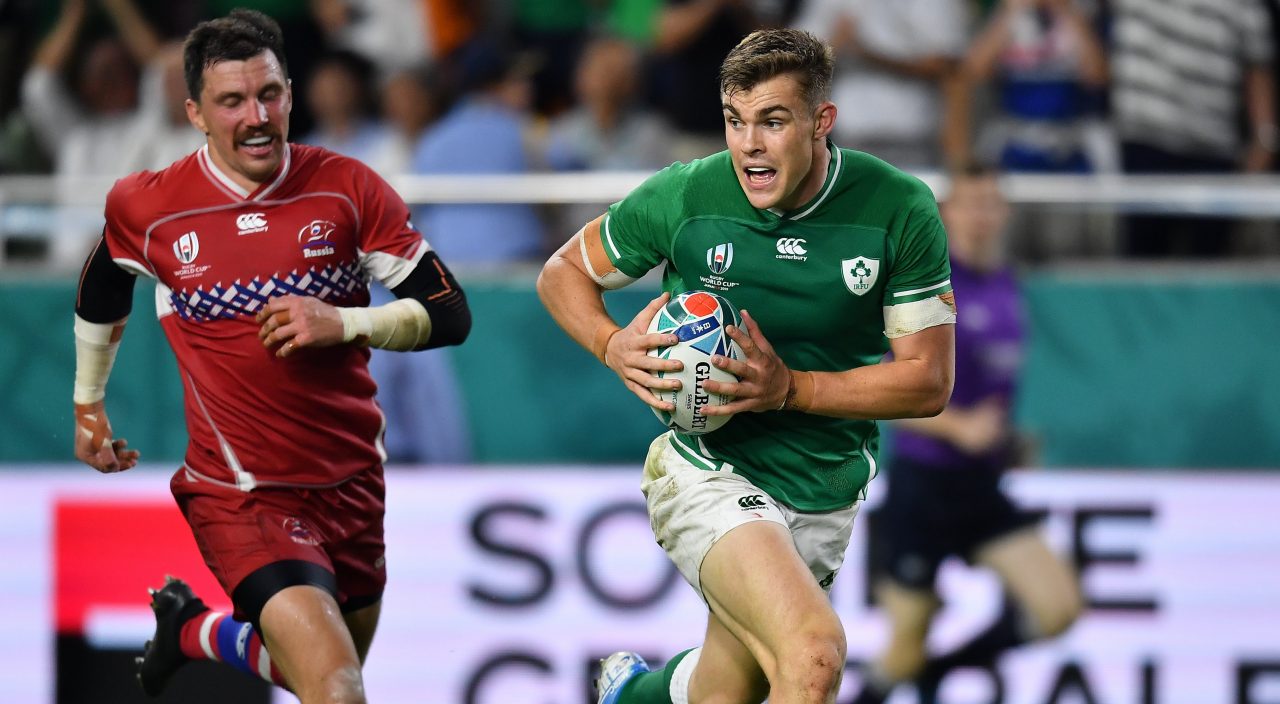 Ireland claimed a second bonus-point win of the 2019 Rugby World Cup with a 35-0 victory over Russia on Thursday.

Johnny Sexton, who was captaining Ireland for the first time, converted the first of his three kicks at goal before being replaced by Jack Carty at half-time.

Peter O’Mahony got Ireland’s second after a clever grubber kick from Sexton.

Rhys Ruddock scored his first World Cup try just before half-time in a man of the match performance, and Sexton’s conversion extended Ireland’s lead to 21-0 at the break.

Ireland’s bonus-point try arrived after Russia’s Andrey Ostrikov was sin-binned for making contact with John Ryan’s head at a ruck.

A clever Jack Carty kick in behind the Russian defence was collected by Keith Earls who offloaded to Carty who sent Andrew Conway under the sticks.

Garry Ringrose added Ireland’s fifth try with five minutes remaining after Jordan Larmour combined with Earls down the left to complete the win and Ireland’s first-ever shutout at a World Cup.