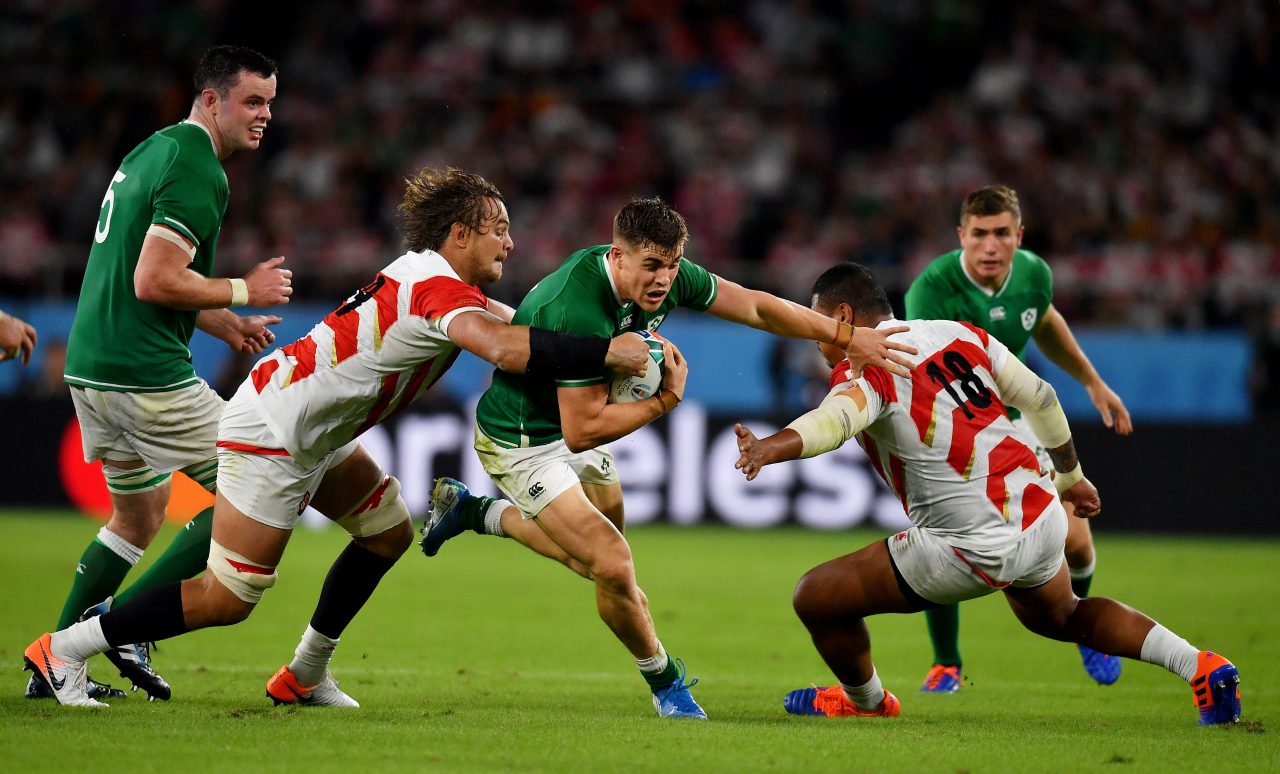 Ireland fell to a 19-12 defeat against hosts Japan in their second game of the 2019 Rugby World Cup on Saturday.

Ireland were held scoreless in the second-half as a Kenki Fukuoka try, and a conversion and penalty from Yu Tamura delivered the win for Jamie Joseph’s side.

The hosts had an early chance to go ahead but Tamura put a penalty wide.

Tamura made amends for his earlier miss with a penalty but when Rob Kearney scored Ireland’s second try after Carty knocked his own chip back into the full-back’s hands, Joe Schmidt’s men looked to be taking control.

But it was Japan who would finish the half the stronger with two more Tamura penalties leaving only three between the sides at the break.

Japan went ahead for the first time with Fukuoka’s finish wide on the left. Tamura added the conversion and another penalty with 10 minutes to go meaning a converted try for Ireland would only have been enough to level the game.

Fukuoka was nearly over again when he intercepted a pass late on. Keith Earls raced back to stop him short of the line but Japan were awarded a penalty and saw the game out from there.