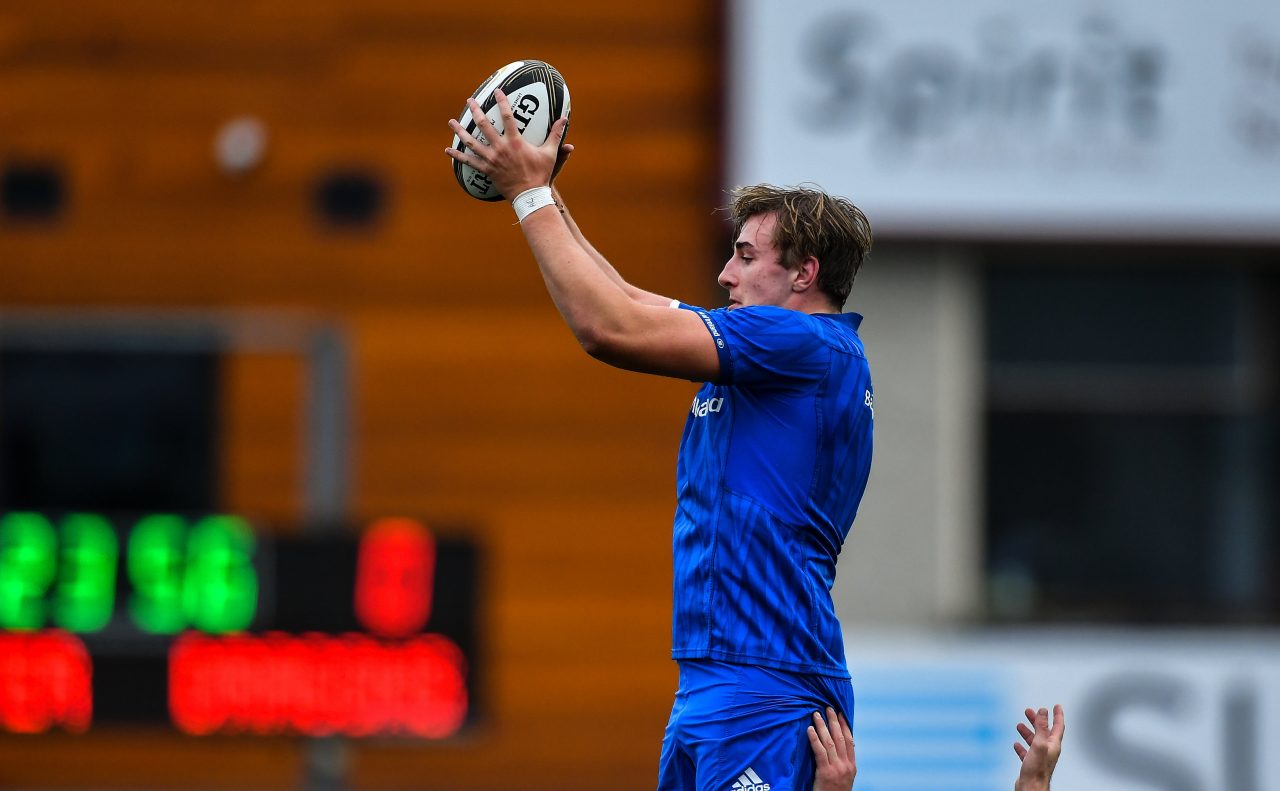 Charlie Ryan is one of those likeable sorts other people want to be around.

You know the type – cheery, relaxed, easy company, not dissimilar to one of the men he is chasing down – Devin Toner.

He shares more than the odd personality trait with the veteran Ireland international. They both know what it is like to stand out in a crowd.

Meath man Toner was a long-term project at Leinster for years until his physical maturity kicked in to provide Leinster with a lineout lynchpin, who learned the ropes behind three-time Heineken Cup-winning captain Leo Cullen.

“I wouldn’t compare myself to him just yet. In terms of manner off the pitch, I do seem to be quite similar, even though I don’t know him that well,” said Ryan.

Not quite as tall as Toner, Ryan is a long levered, true 6’7” who has always benefited from the patience of those dealing with him, quite simply because there are not too many Irishmen touching the sky.

“To be honest, for the whole journey, I have been so lucky in the way the coaches have been so willing to give me an opportunity, like Noel McNamara with the Ireland 20s last season.”

Like Toner, it would be a mistake to take Ryan at face value. For all the light-hearted humour dressed up with a winning smile, the Blackrock College second row is serious about his future in the game, even though he hasn’t always been certain of his place in it.

“It was more I didn’t know if I was going to make it,” he stated.

“That would be a more accurate assessment of my thoughts coming out of school. I always would have loved to be a rugby player.

“Once it clicked that this could be a career, it has made all the difference. That became a possibility last year, I suppose.

“I was always very focused on rugby. I was never not committed. It was a huge part of my life. But, I just wasn’t sure where it would take me. As regards actually playing the game, I was always 100 per cent in. 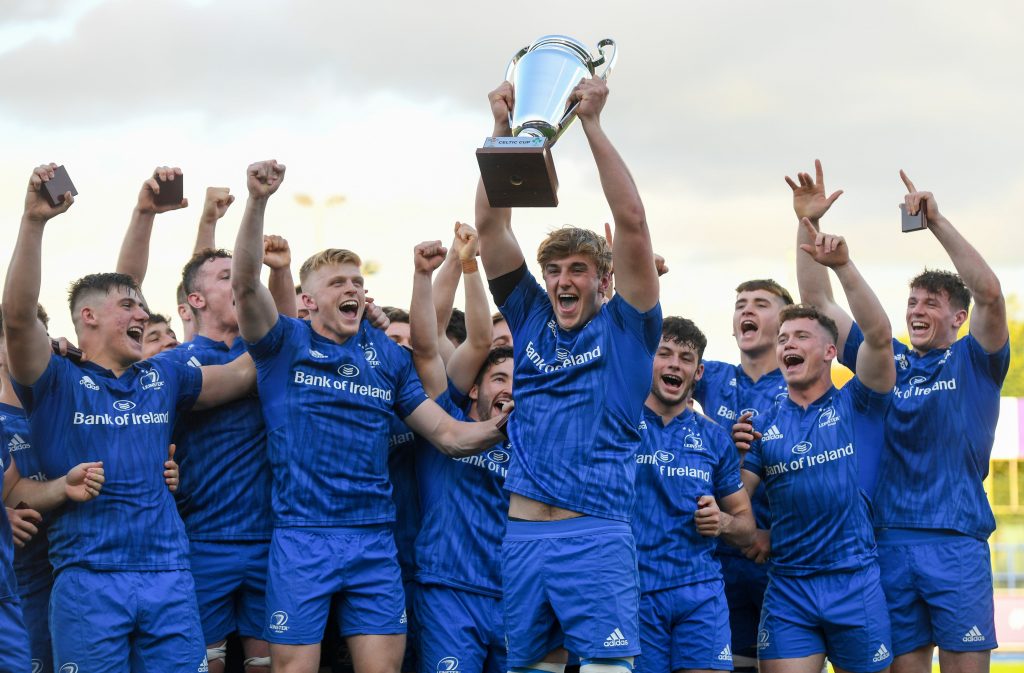 “If I’m committing time to something, rugby in this case, I always have to be 100 per cent in. I wasn’t sure because I didn’t think that far ahead, to be honest.

“I always look to back myself. I wasn’t thinking, ‘I won’t be good enough, I’m going to stop.’ I genuinely didn’t think more than a year or two ahead.

“Obviously, you set goals, focus on what you are doing and doing it right,” he continued.

“But, for me, I don’t see much point in thinking more than a year ahead. It is almost one day at a time. You just don’t know what’s going to happen on any day.

“I try to be organised. I like to get everything done so that I know I have done everything to prepare for the game. You can be a different guy off the pitch. You can’t be this aggressive man all the time. You just can’t be.”

What Ryan has to be is focused on making progress as a Year One Academy member in a position where the competition is about as stiff as a poker.

“To be fair, I don’t think you can name one position in Leinster where there isn’t a crazy amount of competition.

“It is good for motivation because you always have someone to overtake. There is no one in there that is comfortable in their position because they are always worried about someone above or below them.

“It keeps everyone on their toes. If you relax, take it for granted, not bother, someone will overtake you.”

There is substance behind the smile, coach Noel McNamara calling on the lock to lead the Ireland Under-20s when the original captain David Hawkshaw was ruled out with injury.

“Anyone who gets something like that has to be surprised. It is such a big role, such an honour. No one can assume they will have it. I was delighted with it, taking over from Dave. It was nice to be able to do that and go on and win that Grand Slam.” 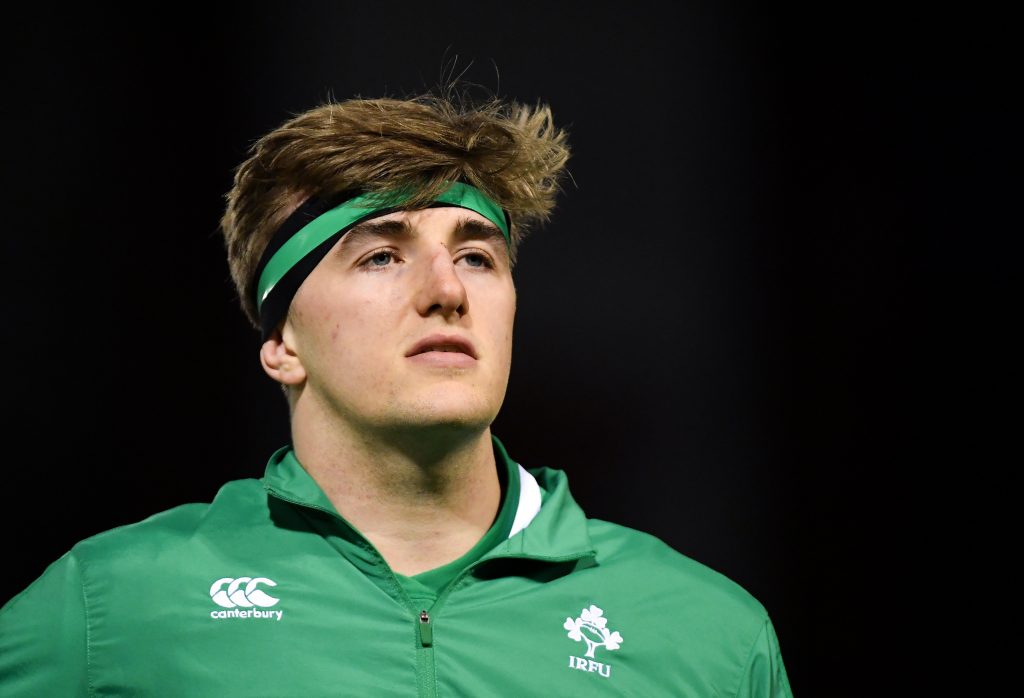 As for the World Cup, Ryan found out just how intense it was and how the smaller countries, in terms of numbers, are at an almost insurmountable disadvantage.

“It’s a slog. It’s crazy. The turnarounds are just nuts,” he said.

“The games come so close together that none of the teams have a chance to recover. It is pretty brutal. The most depth is a huge advantage because you take so many injuries.”

Ryan endured an intense Christmas period in which rugby and exams in UCD had to be accommodated.

“They are the first exams that count towards my degree,” said the third-year student of Business and Law.

“That time of the year, it is different. It is the most stressed you will be during the year with the exams. Basically, you come in in the morning, get your lift done, rehab if you need it, do training to be finished around 2pm. You have your food with you, so you can go from there straight to the library until about 8.30pm. It is home then and, hopefully, a good sleep before 10 because you are up at 6am the next morning.

“That was the schedule for a month – crazy.”

That is where the commitment and organisation come in.