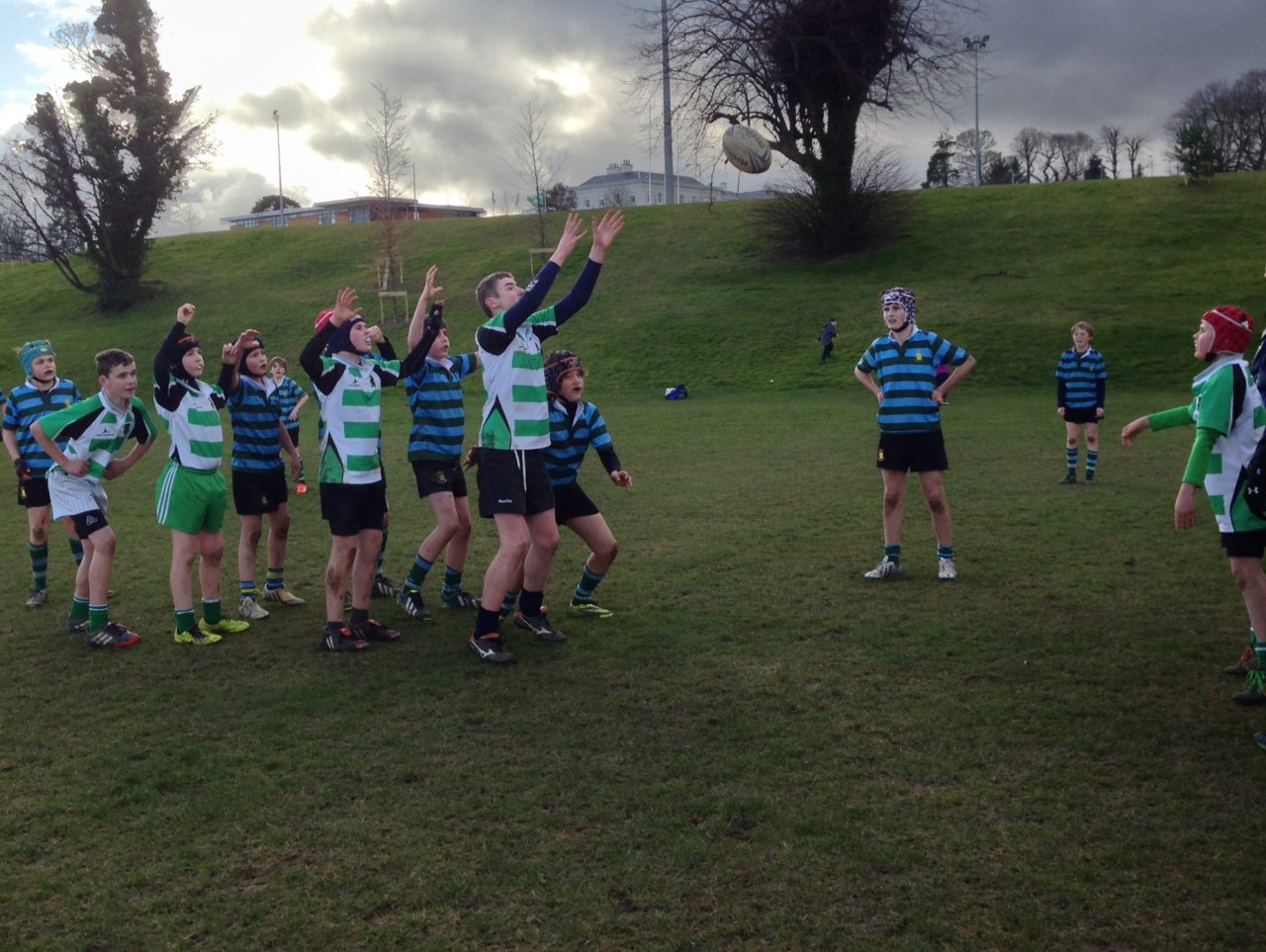 Being the only primary school in Kildare playing contact rugby Sallins have played friendly matches since then against the South Dublin rugby playing schools (most of them are feeder schools to well-known and established rugby playing post primary schools).

The school play their home matches in Naas RFC and are very thankful to the club for allowing them to do so. Recently the school played Terenure College Junior School and fielded 3 teams in very competitive matches, and all the teams drew praise from the opposition coaches for the ability and skill level of the players.

The boys train every Tuesday from 3pm-4pm in the school field.  Teachers Peter Kelly, Paul Monahan and David O’ Neill with parents Tom Tipper and Peter Maguire are involved in coaching the panel.

The numbers playing rugby in the school have grown from an initial panel of 30 boys in 2013 to 45 boys from 4th, 5th and 6th class involved in 2015. 30 of the boys play club rugby with either Naas or Clane rugby clubs while the other 15 boys have never previously played contact rugby. It is hoped that with the introduction to rugby in primary school, it will encourage them to continue playing the game further.

The school principal, Mr. Noel Lanigan, and the school’s Parents’ Council have been very supportive of the school rugby team. Equipment and jerseys were provided to ensure that both players and coaches had the proper equipment to get the sport up and running in the school.

Rugby is going from strength to strength in Sallins NS and the school is looking to expand their opportunities to play games. In particular it is hoped that other primary schools in Kildare will get involved in contact rugby and help to promote the game further.

If any school in the Kildare or Dublin area would be interested in arranging a friendly rugby match, please send an e-mail to peter.kelly@sallinsns.ie