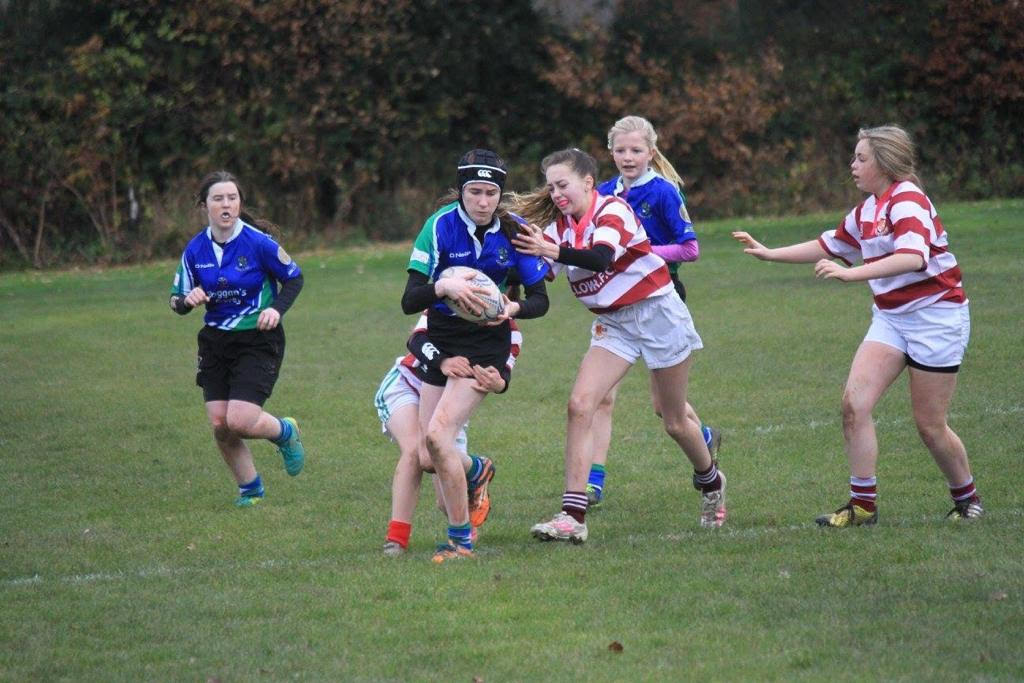 “She found her home in rugby.”

There is no greater pain than that of losing a child.

They say it is a never-ending emptiness that can, sometimes, be filled in with the recall of time shared, memories made and a legacy of light and goodness.

Sarah Robinson was so much more than the vessel through which an aggressive osteosarcoma cancer travelled in just 11 months.

She was a daughter, a sister, a friend, an example of how strength can triumph over the cruelty of a rare and unconquerable disease.

How Sarah, just 17, carried herself through the terrifying ordeal of the diagnosis all the way to her final exhale spoke to her wilful, stubborn nature.

Now, more than two years since ‘the Gorey girl’ took leave of this place in July 2019, her parents David and Majella look back on the life of a treasure they held onto for as long as he could.

“You would want to be made of stone for it not to affect you,” he says. “For us, we are used to telling Sarah’s story. We like telling it.”

One night, in the middle of the treatment, David and mum Majella were called into the bedroom where Sarah revealed her greatest fear.

“I am not afraid of dying. But, I am afraid of being forgotten about,” she told them. 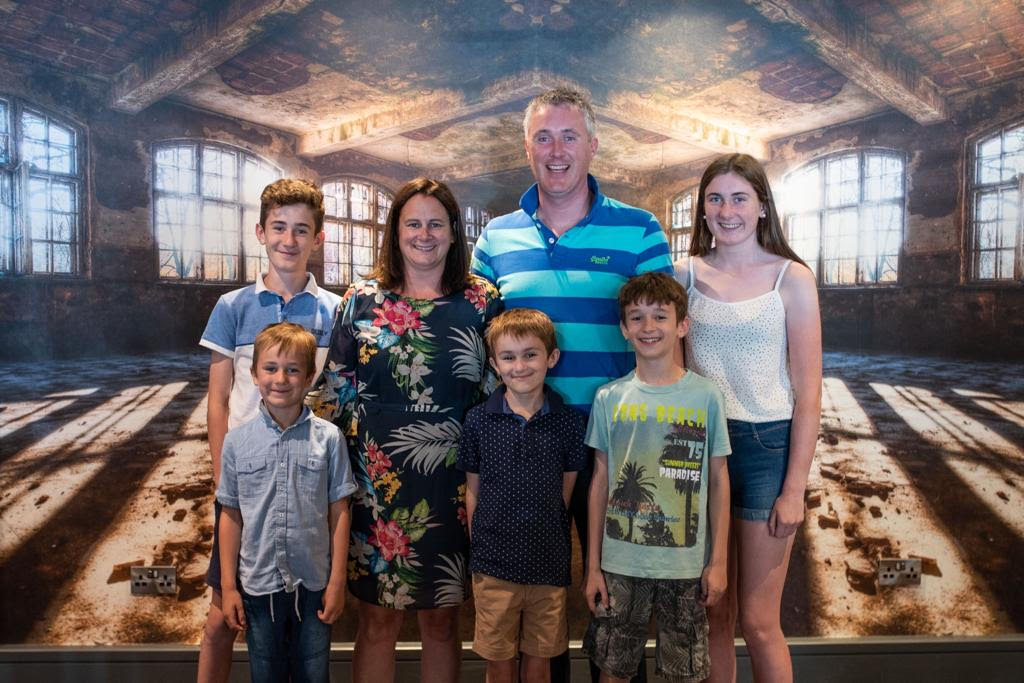 “That still catches us. Even as a 17-year-old, she didn’t just want to be known as ‘that girl who died of cancer’. From there, Majella and myself promised we would never let that happen. That is why we talk so openly and easily about her.”

And there is a lot to talk about, from the straight-A student at Gorey Community School with her mind made up on medicine to the late love of rugby which sustained her through punishing treatment.

“From the first to last days of her illness, Sarah had her own way of dealing with it,” adds David.

“For instance, when she found out the cancer had spread to her brain, she had to come home to break it to our boys herself. She didn’t want anyone else telling Conor (then 13), Daithi (11), Charlie (9) and Jack (6). Not me. Not Majella.

“Sarah sat everyone downstairs in the front room and was matter-of-fact about it. It was like she was telling Majella and me as well, waking us all up to reality. It was heartbreaking.

“Even thinking of it there now, the emotion in the room that evening,” he recalls.

“Those were the toughest days we put in. You were dealing with what was coming, the emotions of the boys and your own emotions.

At 15, she acted on a suspicion that rugby was the game for her, going down to the Gorey club one night.

“Straight away, she felt so included in the club and saw how everyone was made to feel included. It just became so important. She loved it in a way she had not loved any other sport,” says David.

Sarah embraced the ‘Give It A Try’ programme and pushed others to come down to the club. She helped with the minis on a Sunday morning and, in Transition Year, she spent her work experience volunteering for Leinster Rugby Community Officer Barney Hynes. 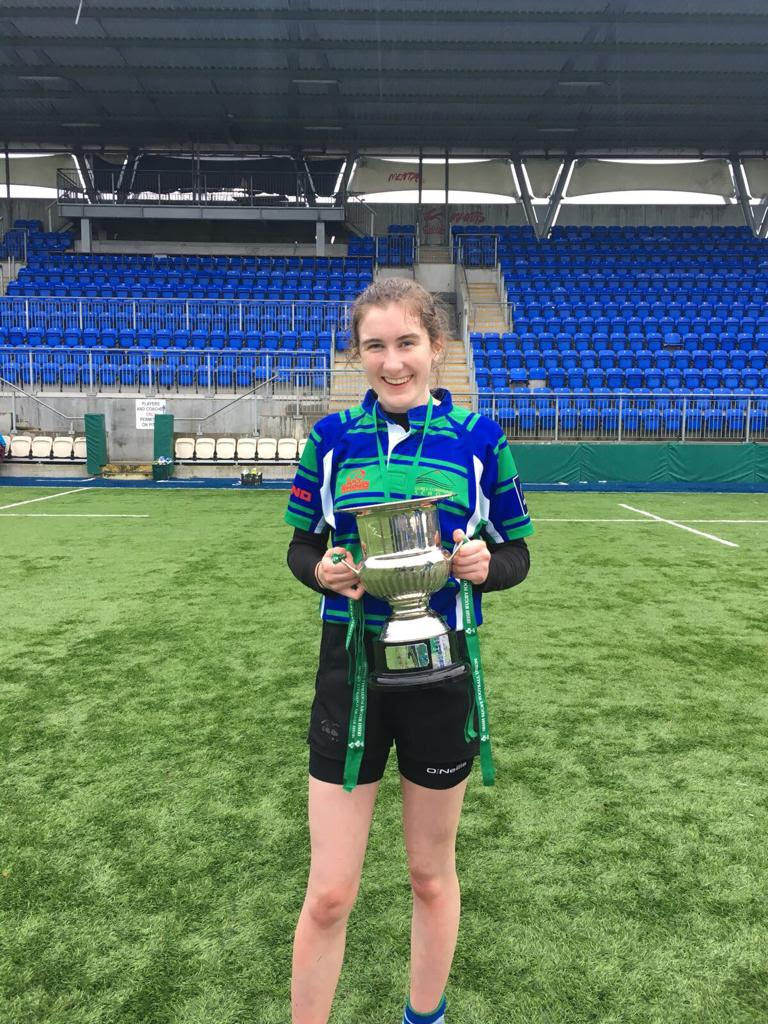 It wasn’t just off the pitch where Sarah excelled. The second row had made it her mission to give her all to the trials for the Leinster U-18s until her illness took that away too.

“When she got sick, I realised exactly how she needed to be to deal with the cancer. I said to her: ‘now, is the time to show how stubborn you are’.”

“She used to come home here battered and bruised from rugby. She never whinged. She had a great pain threshold.

“We really saw that when Sarah got sick. She never complained right to the end,” he states.

Sarah was mature beyond her years, right down to the finest details of her funeral which was a celebration of her life, reflected in the bright colours requested to be worn, the personal choice of songs, token seeds available as a keepsake and even the ice cream van parked outside St Michael’s church.

There are many ways to deal with such bereavement. For David, the urge to tell anyone and everyone about his daughter is what has carried him through the darkest hours.

“The problem with me is that I will talk to anyone all day about Sarah. At times, I don’t know when to shut up. It all comes back to the moment when she shared her greatest fear, of being forgotten”

The Robinsons have committed to keeping Sarah alive through the stories recalled at home every day and the advice she would have meted out to her boisterous brothers as they make their mistakes and look to learn from them.

One day, Sarah’s first coach at the club, Ann McGivern, shared with Leinster Women’s Development Officer Jennie Bagnall the idea of naming the Most Valuable Player of the Year award after her former player.

Sometime later, Leinster came back with an offer to name the newly devised girls U-18 regional area competition after Sarah, a mirror image competition to that of the Shane Horgan Cup. 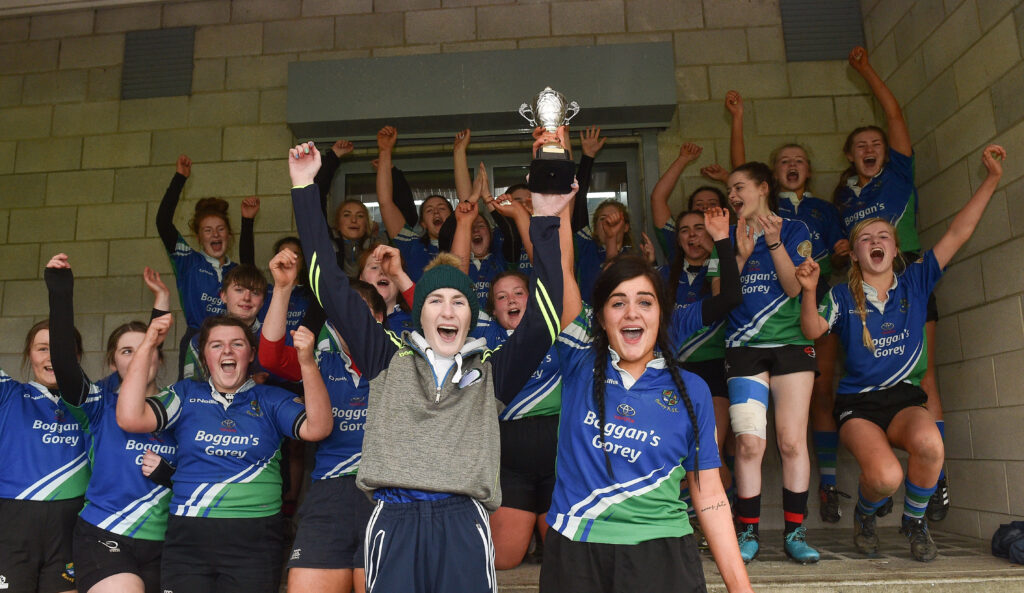 The surge in numbers playing in the North East, South East, Metro, Midlands and North Midlands led to a more detailed comprehensive development programme for the girls game.

It is a natural step forward for those who would dare to dream of playing for the Leinster and even Ireland sevens and XVs programmes.

The inter-area competition will start with a double-header next Tuesday (October 26th) at Energia Park.

“The naming of the trophy in her honour comes back to Sarah not wanting to be forgotten about,” says David.

“We were emotional when we heard about the idea. For ourselves. Even more so for the boys. They are floored.

“They are fierce proud about Sarah and they all play rugby across the road from our home at Gorey. To have her name on a trophy from here on in, we are so grateful for that.”

The Sarah Robinson Cup guarantees she will always be remembered.