Schools make it an U18 double for Leinster at UL 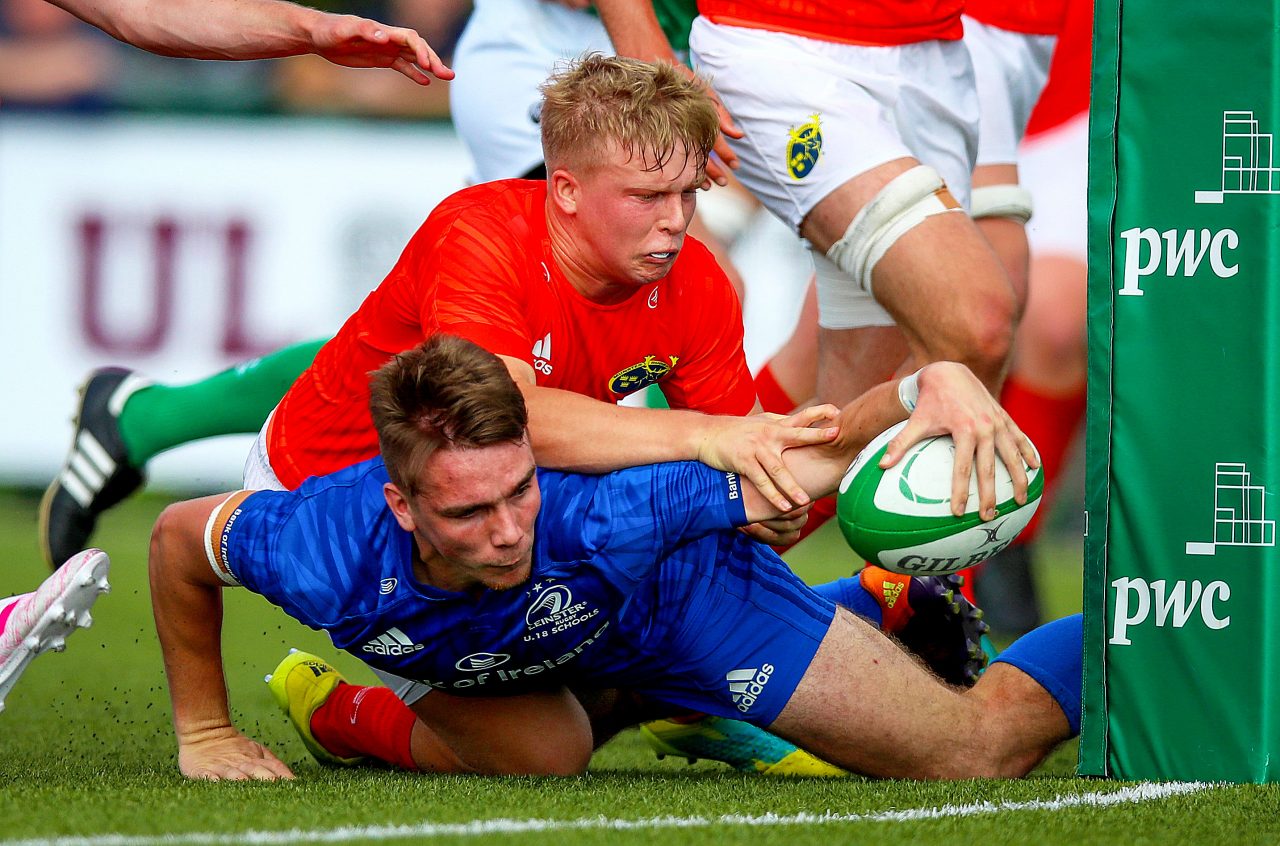 The Leinster Schools were unable to go unbeaten through the Interprovincial Series, coming unstuck against Munster at UL on Sunday evening.

They did have the considerable consolation on the day of claiming the title on a superior record.

It was Leinster’s first loss in two seasons at this level and it could have been so different, if they had taken more of the chances that came their way.

The Blues were able to construct two tries in the first-half by wing Shane Mallon and out-half Charlie Tector.

In fact, Tector was responsible for 12 of the 17 points that enabled them to hold a three-point edge at the break.

Similarly, Munster had broken through twice for tries by Daniel Hurley and Jack Oliver, both converted by Buckley, when they seized on spilled balls.

The Blues could add nothing more significant than another penalty by Tector in the second period.

The outcome was determined by the goal-kicking exploits of Buckley, the final swing of his boot the crucial factor.

While Munster won the battle, Leinster took the spoils of war from retaining their title.

“We just made too many errors on the day. That is not good enough against a good side like Munster,” said coach Andy Skehan.

“We were disappointed by that, but, ultimately, very happy with the progression and performance over the last eight weeks we’ve been together.

“It is always nice to have the silverware to reflect the good work.”