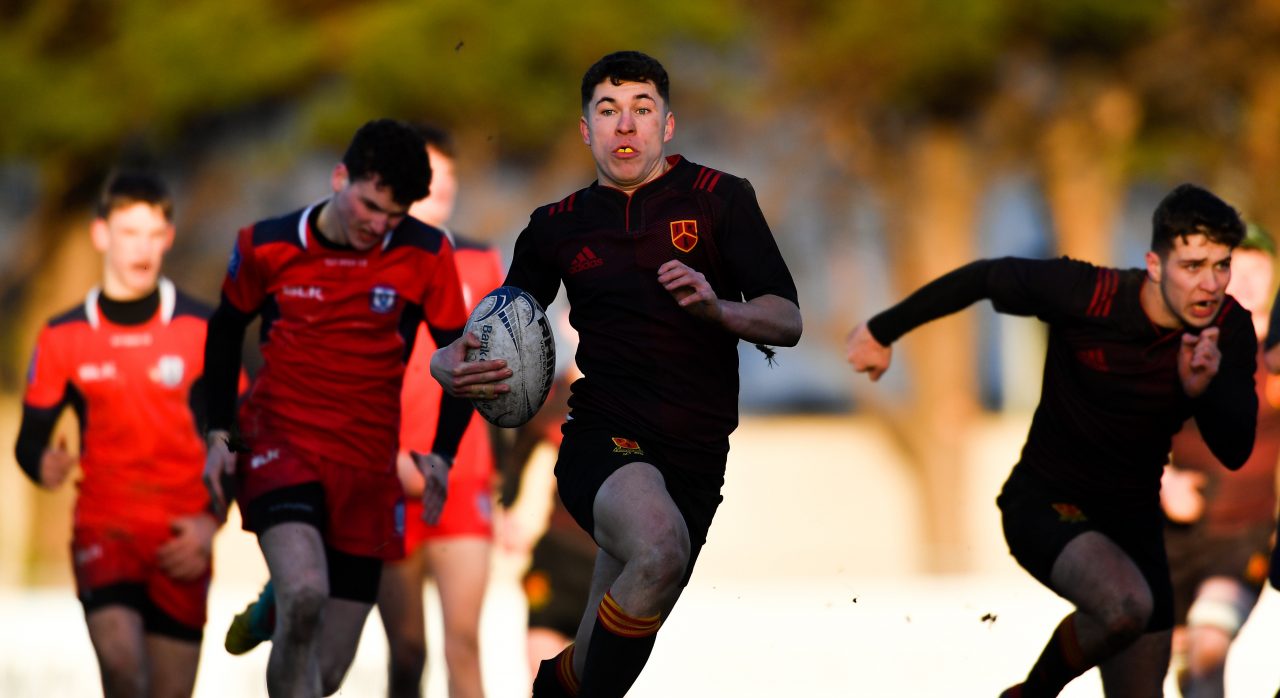 After an action packed first round, the Bank of Ireland Leinster Schools Senior Cup returns on Sunday with the meeting of Blackrock and St Michael’s (KO 2pm).

We’ve cast our eye over all four ties:

Blackrock College v St Michael’s College (Postponed – Refixture TBC)
The opening tie of the Senior Cup quarter-final stage is one that many would have tipped as a potential final. St Michael’s looked in scintillating form in their first round game against Kilkenny College, putting up 52 points at Energia Park. Blackrock on the other hand were lucky to escape a scare from Presentation College, Bray but will need no added motivation for this one.

Gonzaga College v Terenure College (Tuesday, 12 February, 3pm – Energia Park)
Gonzaga’s 26-24 win over Castleknock in Castle Avenue was the game of the first round. Terenure await in the last eight and they’ll be boosted by beating rivals St Mary’s to get here. Both teams were eliminated in the first round last year so it’s bonus territory so far with a place in the semi-final up for grabs.

Belvedere College v Newbridge College (Wednesday, 13 February – Energia Park)
These two met at the same stage last season with Belvedere victorious on a 23-7 scoreline. Belvedere are here at the expense of Cistercian College Roscrea and will hope for better weather this time around as the greasy ball made things difficult for them in round one. For Newbridge, they’ll be hoping to avenge last year’s defeat but the favourites tag will be with Belvedere.

Clongowes Wood College v CBC Monkstown (Thursday, 14 February – Energia Park)
CBC Monkstown have been growing in confidence throughout the Vinnie Murray Cup and that was at its most evident in their 55-0 first round win over Catholic University School. Clongowes will be under no illusion as to how much of a challenge Monkstown present. The Clane school dropped out at this stage last year and will be looking to avoid the same fate once more.

All of the Bank of Ireland Leinster Schools Senior Cup quarter final games will be televised on Free Sports UK.