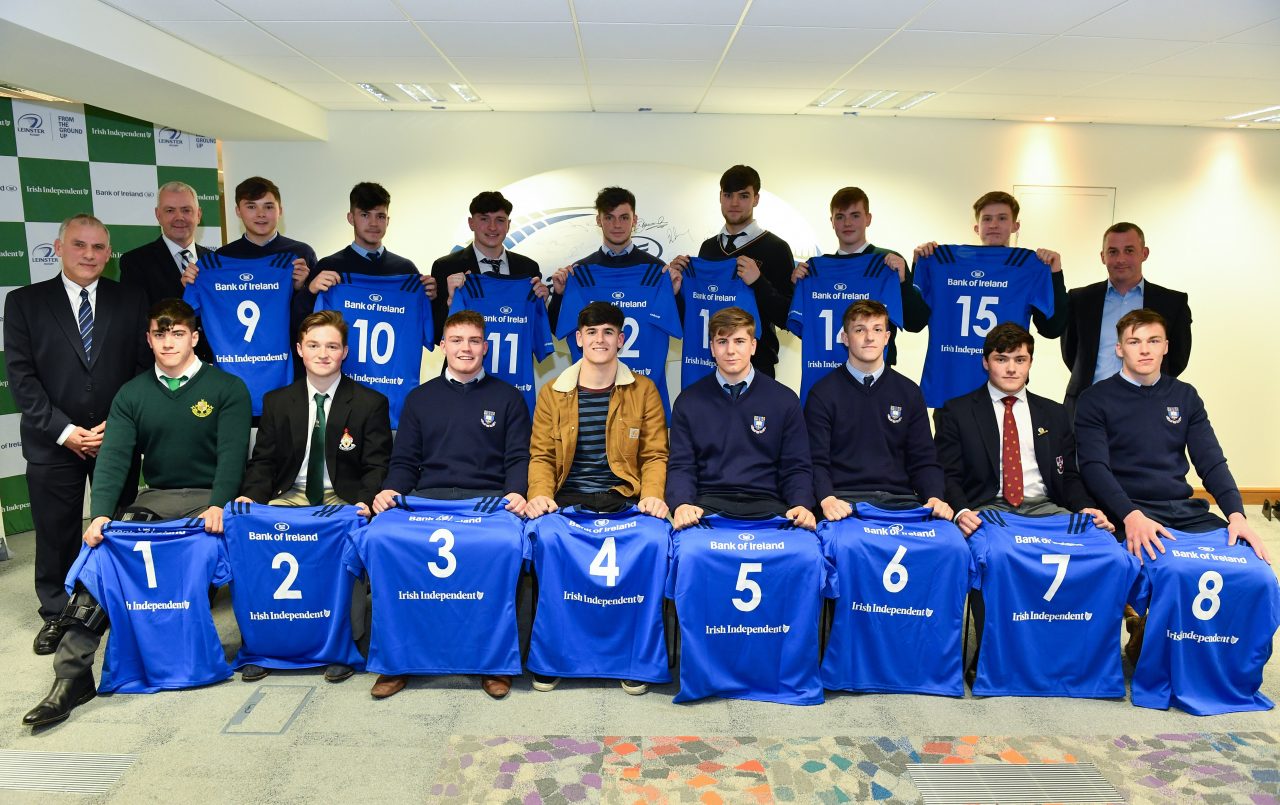 The Leinster Rugby Schools Top XV, chosen for outstanding performance in the Bank of Ireland Leinster Schools Senior Cup, has been named.

Captain Mark Hernan, Will Hickey, John Fish and Jack Boyle were named in the forwards while scrum-half Rob Gilsenan, Chris Cosgrave and Andrew Smith were among the backs.

The Top XV was completed by one player from each of Clongowes Wood and CBC Monkstown.

Flanker Tom Gilheany of Clongowes was chosen at openside while CBC’s James Reynolds took the No 13 shirt.

The commemorative jerseys were presented to the players by the Irish Independent’s Tony Ward and Bank of Ireland’s Vincent Milroy.