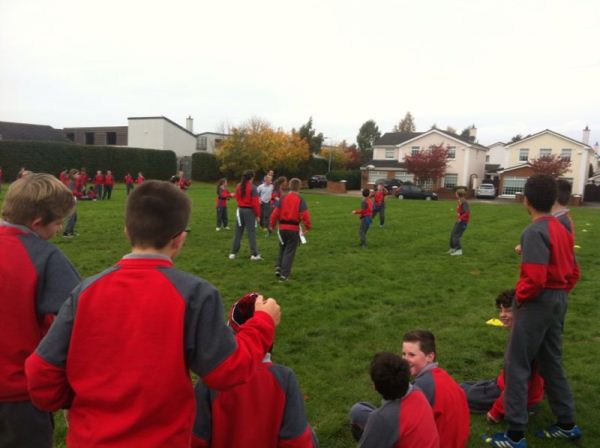 In what was a rainy and slippery day not ideal for rugby, all the pupil’s involved really stuck to their guns, and played an expansive game of rugby. There was no shortage of potential future stars and all who participated did the school proud.

A huge thanks goes out to all the teacher’s and pupils for making it such a successful and enjoyable day. Scoil Mochua is looking forward to taking part and competing in more Leinster Rugby competitions and this is certainly a school with a bright rugby future ahead of them.

Any School in the Celbridge, Leixlip or Lucan area looking to get involved in Leinster rugby programmes should contact Gareth Murray at BarnhallCCRO@leinsterrugby.ie or on 085 – 7341464.