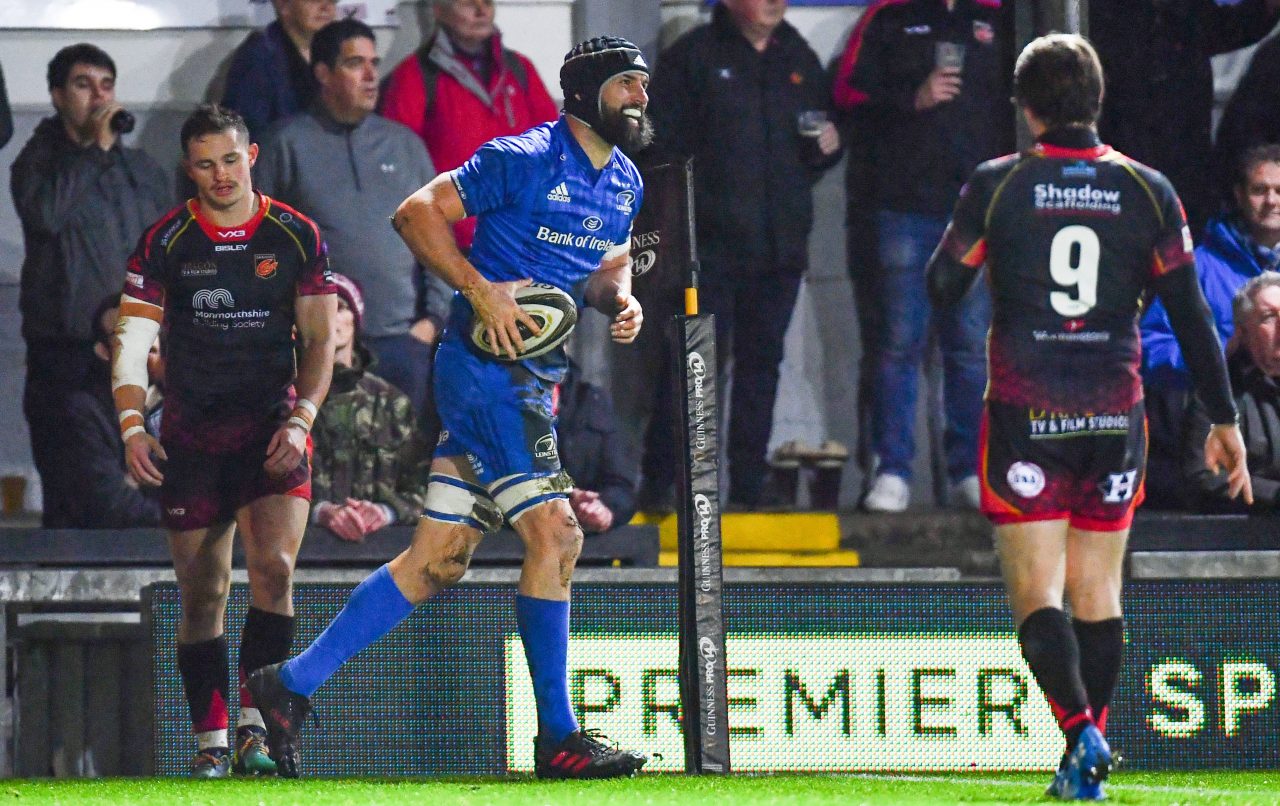 Leinster Rugby moved 15 points clear at the top of Guinness PRO14 Conference B thanks to a 59-10 victory over Dragons at Rodney Parade on Saturday evening.

Scott Fardy scored the province’s third try of the game, made 10 tackles and picked up the Guinness Man of the Match award on the night.

Despite the margin of victory, Leinster had only scored 19 points of their 59 points by half-time, wearing down Dragons’ resistance as the contest went on.

“Especially early in that second half, it was quite tough,” Fardy told Premier Sport after the game.

“We had to grind it out there in sections. The scoreline flattered us in the end – we’ve still got a lot of things we need to work on.”

There were six Academy players in the Leinster 23 on Saturday, with a debut from the bench for Paddy Patterson and a first start for Jimmy O’Brien.

O’Brien also scored his first senior tries on Saturday, as did Hugo Keenan and Caelan Doris.

“They keep me young, the boys,” Fardy said.

“It’s a lot of fun playing with these guys, I really enjoy it. They’ve got amazing energy and a big future ahead of them. I’m excited to be a part of it.”

Leo Cullen’s men are in a healthy position in the PRO14 with three big Interprovincial derbies to come over the Christmas period.

But now focus shifts to European competition for the next two weeks and the crucial back-to-back matches with Bath.

“We’ve got to quickly turn around. The coaches will be all over [the Bath game] already, we’ve got guys at home working on it. We’ll get in Monday, review this thoroughly and then it’s on to Bath.”

Join the roar at Leinster v Bath at Aviva Stadium on Saturday, 15 December. Tickets are available from €25.