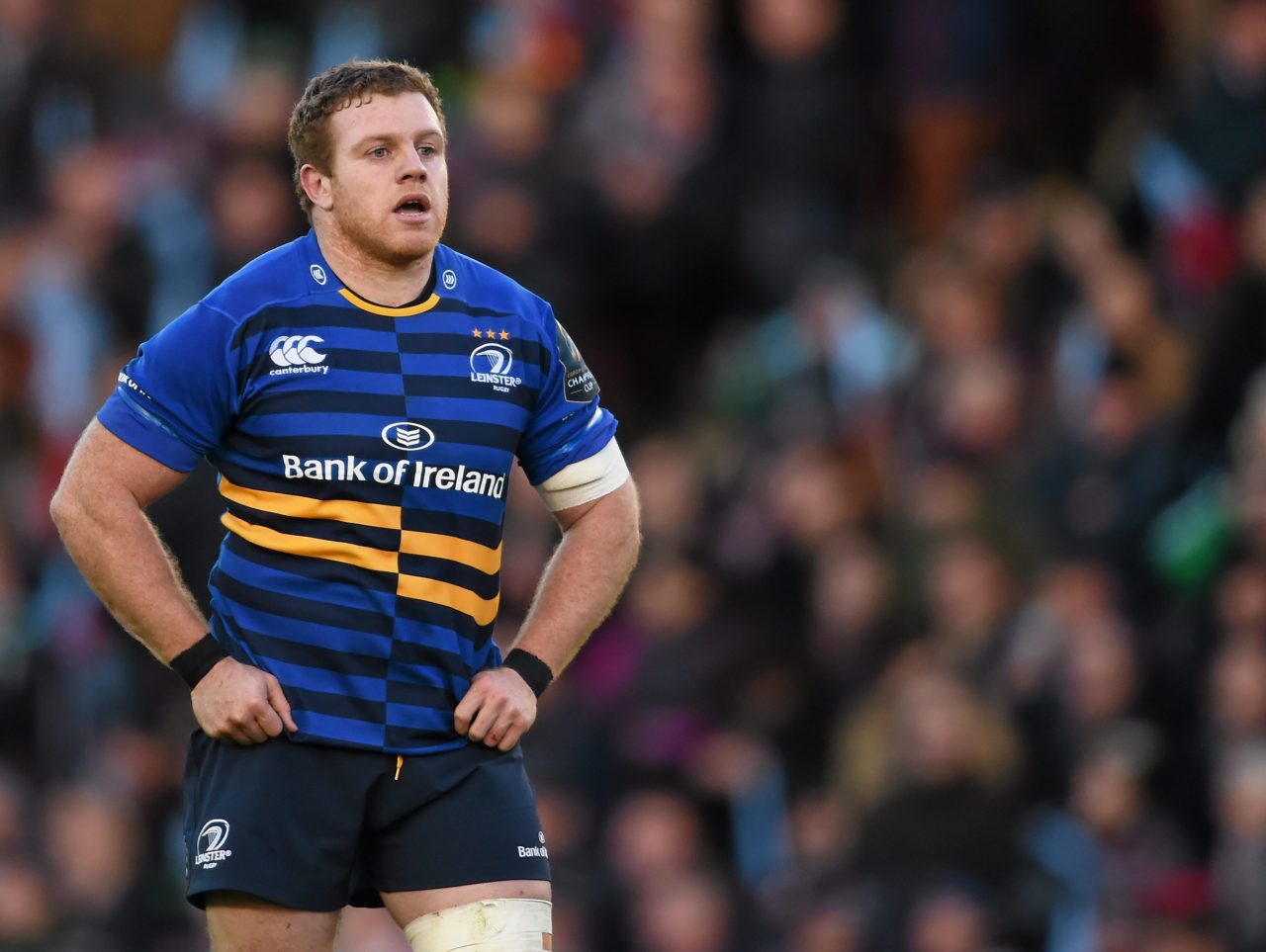 The Leinster Rugby Awards Ball took place this evening at the Double Tree by Hilton in front of over 500 attendees as Leinster Rugby celebrated the achievements of those both on and off the field in both the domestic and the professional game.

RTÉ’s Darragh Maloney was MC for the evening as Leinster Rugby Head Coach Matt O’Connor, Captain Jamie Heaslip and the rest of the players also took the opportunity to celebrate the careers of Leinster Rugby stalwarts Gordon D’Arcy and Shane Jennings. Leinster Rugby President John Glackin opened proceedings as 12 awards in total were presented, which included former St Mary’s, Leinster, Ireland and Lions back Johnny Moloney being inducted into the Leinster Rugby Guinness Hall of Fame and former Leinster and Ireland prop Fiona Coghlan receiving the Life Style Sports Special Merit Award. Nine departees were also awarded their Leinster Rugby caps in recognition of their achievements on the pitch. Two of those departees included Shane Jennings and Gordon D’Arcy who were interviewed on stage by former team mates Leo Cullen and Brian O’Driscoll.   Leo brought Shane on a journey through a stellar career while also including tributes from the likes of Munster and Ireland lock Paul O’Connell. Shane’s time with Leinster Rugby included 206 caps and 21 tries in a career that included three Heineken Cup triumphs, three Celtic League/PRO12 titles, an Amlin Cup and an English Premiership title with Leicester Tigers. He wore the green of Ireland on 13 occasions and scored a try in the 2011 Rugby World Cup against Russia. Likewise, Brian brought Gordon on a trip down memory lane and who better to take that trip with the Wexford man than his centre partner at both provincial and national level for so long. Together they hold the record for most appearances as a centre partnership in international rugby. During his 261 caps, Gordon also enjoyed great moments in a blue jersey and won three Heineken Cups, an Amlin Cup and four Celtic League/Pro 12 titles during a career that started in September 1998 against Llanelli. He also won 81 international caps with Ireland, toured twice with the British & Irish Lions and won a Grand Slam in 2009 and a 6 Nations title in 2014. Two tribute videos brought the house down as both received a standing ovation from the appreciative crowd. Fellow departees Jimmy Gopperth, Quinn Roux, John Cooney, Ben Marshall, Sam Coghlan Murray, Brendan Macken and Sean McCarthy were also honoured for their contribution to Leinster Rugby with President John Glackin awarding those in attendance with their caps. While there was celebration aplenty it was also an opportunity to remember those no longer with us and Anne McInerney was posthumously awarded the RiverRock Outstanding Contribution to Leinster Rugby award. Anne was Schools Administrator for 15 years until her retirement last year. She sadly passed away after a short illness earlier this year. After a moving tribute by Leinster Rugby CEO, Mick Dawson, two of her children, Kenny and Mischa, accepted the award on behalf of Anne’s family. The top two professional awards went to Jack Conan and Sean Cronin. Conan was awarded the Samsung Galaxy S6 Young Player of the Year from a short list that included Tadhg Furlong and Luke McGrath. While Cronin was awarded the Bank of Ireland Players’ Player of the Year Award ahead of Jamie Heaslip, Devin Toner and Luke Fitzgerald. It was Cronin’s second award of the night having also been awarded the Irish Independent Try of the Year for his effort against Castres in the Champions Cup. That award was voted for by Leinster Rugby fans on www.independent.ie  Having won his first cap last season against Cardiff Blues, Wicklow man Conan, has taken his first steps as a senior professional this season and has grasped the opportunity with both hands with an impressive 21 caps for Leinster, including 13 starts, and two tries as a flanker or number eight. His form has also been recognised at international level with a first call up to the Irish senior squad and a first appearance for the Wolfhounds against the English Saxons. Sean Cronin has had arguably his best season yet for Leinster and Ireland and that has been recognised by his peers. Having now been at Leinster for four seasons, he is closing in on 100 caps for the province and has played 20 times this season, scoring two tries. He also played a major role in Ireland’s 6 Nations defence and in the successful Autumn Internationals Series. Leinster Rugby Head Coach, Matt O’Connor praised both players for their impact both on and off the pitch this season “Both players have had excellent seasons for us. Their impact on the field is quite telling in terms of minutes played and their impact on the games that they featured in and I suppose the supporters can appreciate that. But for me it’s what they do away from the paddock that people maybe don’t see has left a lasting impression on everyone within the environment.   “You forget how young Jack is and that it’s his first year out of the Academy. His maturity and his drive belies his 22 years. I suppose for Sean there is no greater honour than being recognised by your fellow players but knowing Sean he will already be looking at ways on improving and kicking on next season both for himself and for the group.” Award Winners – Leinster Rugby Awards Ball 2015 Scoil Chonglais, Baltinglass – Irish Independent Development School of the Year Fiona Coghlan – Life Style Sports Special Merit Award Dundalk RFC – On Field Achievement Award Anne McInerney – RiverRock Outstanding Contribution to Leinster Rugby Award Old Wesley RFC – Canterbury Senior Club of the Year Ashbourne RFC – BDO Junior Club of the Year Cistercian College Roscrea – Beauchamps Solicitors School of the Year Johnny Moloney – Guinness Hall of Fame Dominic Ryan – City Jet Tackle of the Year Sean Cronin – Irish Independent Try of the Year Jack Conan – Samsung Galaxy S6 Young Player of the Year Sean Cronin – Bank of Ireland Players’ Player of the Year