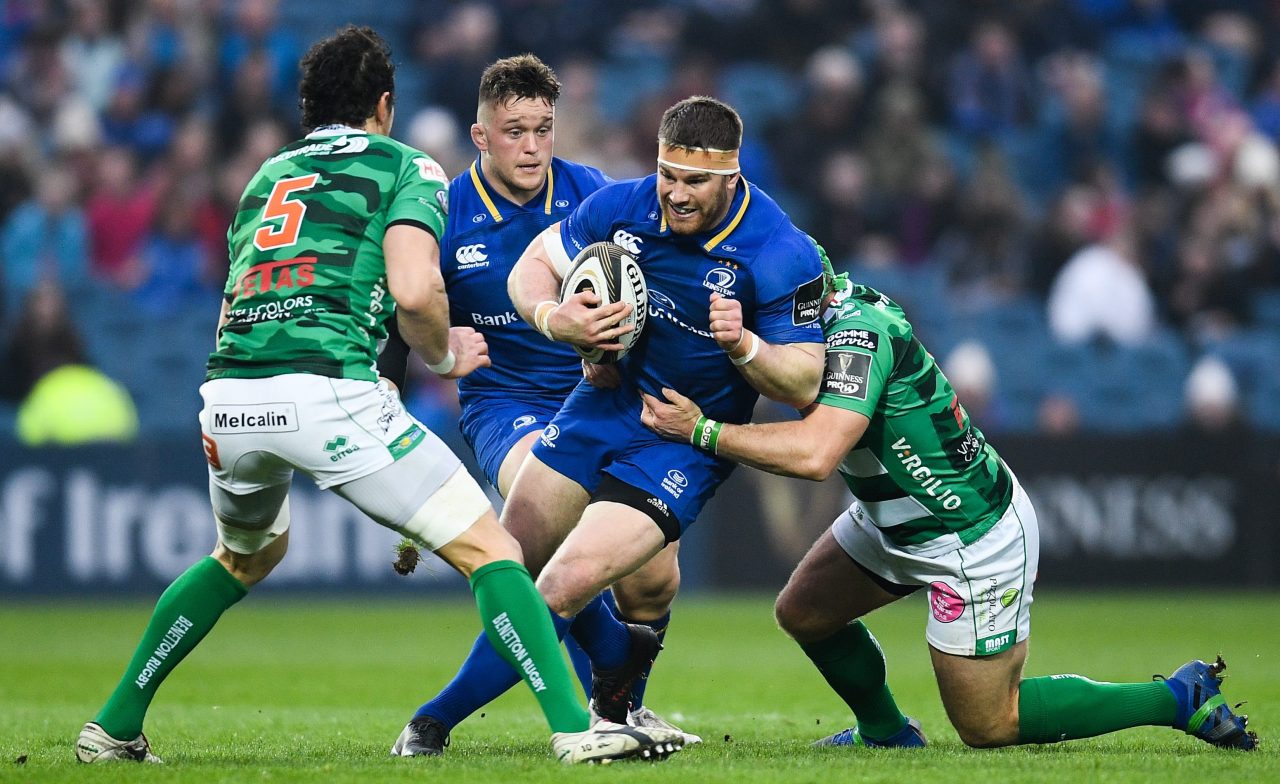 Leinster Rugby scrum coach John Fogarty was in front of the media today and gave an injury update after the weekend’s action involving the Leinster senior team and the Leinster ‘A’ team.

Fergus McFadden picked up a hamstring injury just before half time in the Champions Cup Semi-Final against Scarlets and while ruled out of this weekend against Connacht he will undergo further assessment this week before a final timeline on his injury is confirmed.

Otherwise the players came through the Scarlets game without too many issues and Fogarty also confirmed that Robbie Henshaw had come through his first game back from a shoulder injury without any complications.

In further positive news, Fogarty confirmed that Tom Daly came through his own come back from an ACL knee injury without issue against Jersey in the B&I Cup. Daly had been out of action since last August.

Unfortunately Fogarty did confirm that Seán O’Brien had been ruled out of action for the rest of the season having had a procedure on a shoulder injury last Friday.

It was also confirmed that Cathal Marsh had aggravated a toe injury and was ruled out of contention for this weekend’s game against Connacht.

There was positive news on Luke McGrath (ankle) and Rhys Ruddock (hamstring) who continue to make good progress ahead of a big few weeks for the club.

Leinster are next in action on Saturday in the Guinness PRO14 away to Connacht in the last game of the regular season (Kick Off: 3.05pm – live on TG4).