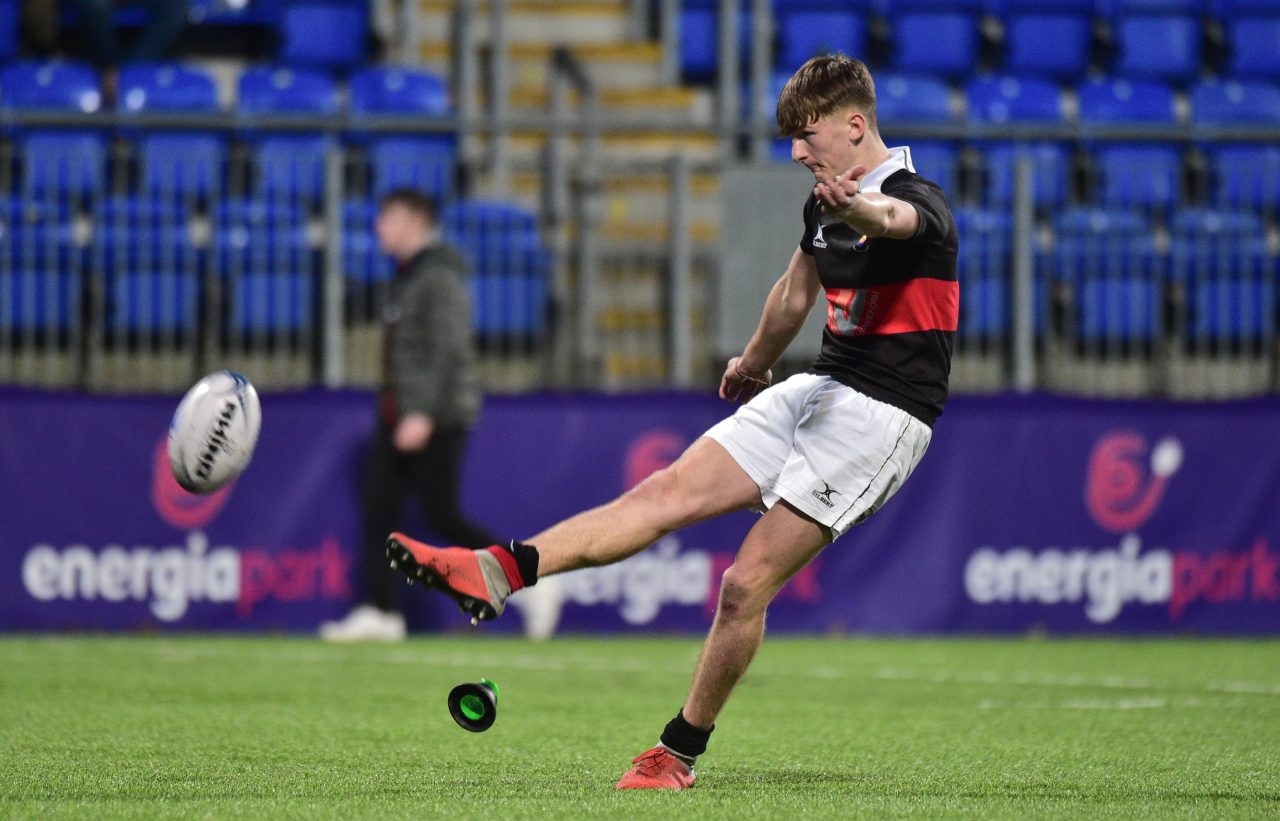 All of the teams in Round 2 of the Bank of Ireland Leinster Rugby Vinnie Murray Cup are now known after today’s second day of action.

Michael Browne’s opening try in the 11th minute set the foundations for a good half from the Kildare side before a wonderful solo effort from Sean Chan extended the lead.

They closed out the half with another seven points, this time Ciaran Purcell was the one to dot down.

Victory Onwakibo responded early in the second half for St Mary’s but Salesians sealed the 33-8 victory with two more tries, from Frank Salu and David Drennan, in the final 10 minutes.

There were two 2.30pm kick-offs with action in both Castle Avenue and Templeville Road.

In Clontarf, Mount Temple came up against St Fintan’s High School and it was the Sutton school who booked their place in Round 2 with a 22-8 win.

The first half, watched by a large crowd, was a closely contested affair narrowly edged by Fintan’s, 7-3, Lorcan O’Shea the sole try scorer in that first half.

Meanwhile, Patrician Secondary School’s first time competing at this level ended in defeat as they came up against a determined King’s Hospital side.

The Palmerstown school put in a powerful second half performance to win 32-12 after leading by just five at the break.

They had tries in the first half from Adam Bagnall and Stephen Walsh.

Bagnall grabbed his second after the restart and Eoin Francis, David Brennan and Kenneth Cooper also got in on the act.

The final game of the day was the second Energia Park contest where The High School made sure that they were the last team to book their spot in Round 2, at the expense of St Paul’s College.

The High School showed a very impressive array of attacking play in the first half, scoring six tries to go in at half-time with a 32-7 lead.

A hat-trick from winger Ben Hopkins was backed up by two for Adam Killeen and one for Luke Hardy.