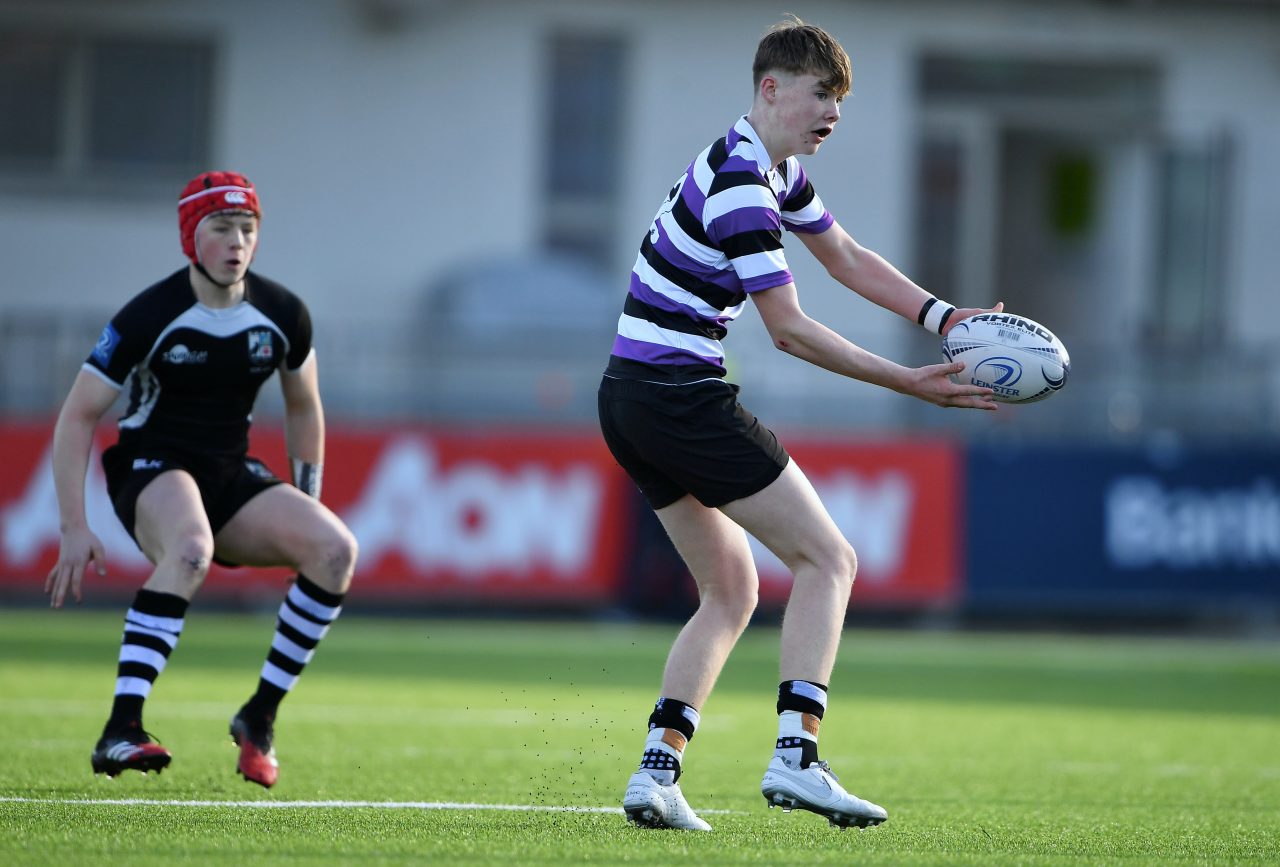 A resurgent second half performance was needed from Terenure College to see off CC Roscrea and book their place in the Bank of Ireland Leinter Schools Junior Cup semi-finals.

Trailing 15-7 at the break in Energia Park, Terenure came back with a big half-hour of rugby, including a resilient defensive stand through the closing minutes.

Roscrea on the other hand will curse some of their luck as a couple of late knock-ons prevented them from getting the score that would have stolen the win.

It was the south Dublin school who were on the front foot from early on in the contest, pinning Roscrea back into their own 22.

A couple of handling errors was all that came between Terenure and opening the scoring sooner than they did.

That first effort came in the 12th minute when the Roscrea pack were being forced to soak up a lot of pressure on the goal-line. ‘Nure spotted the space out wide and spread the ball to Simon Horgan who flew into the corner.

Harvey O’Leary made it 7-0 with an expertly struck conversion from the touchline.

Full back Thomas Costello thought he had got their second try when he stripped Fabien Fleetwood on the Terenure 5m line before sprinting the length of the field only to turn around and find that Roscrea had been playing with advantage.

From the resulting penalty, they opted for the scrum and No 8 Max Flynn peeled off the back of it and darted for the line, an outstretched arm managing to make it 7-5.

Within a couple of minutes of the restart, Roscrea were ahead, thanks in no small part to centre James Conroy. He made two significant line breaks as they raced back up the field where Charlie O’Sullivan scored.

And it got better for the Offaly school when, again, Conroy zig-zagged his way into the Terenure half and offloaded to midfield partner Calum Browne to finish the job.

Terenure started sharpest after the interval and were rewarded by Carlos Montero’s try in the 34th minute.

Similarly to the first half, they dominated possession but failed to make the impact on the scoreboard that their influence deserved.

That was until Yousif Ajina drove over from close range to get Terenure back into the lead with just 10 minutes remaining, O’Leary’s conversion making it a four-point margin.

Try as they might, Roscrea just could not break down the ‘Nure rearguard in the closing minutes.