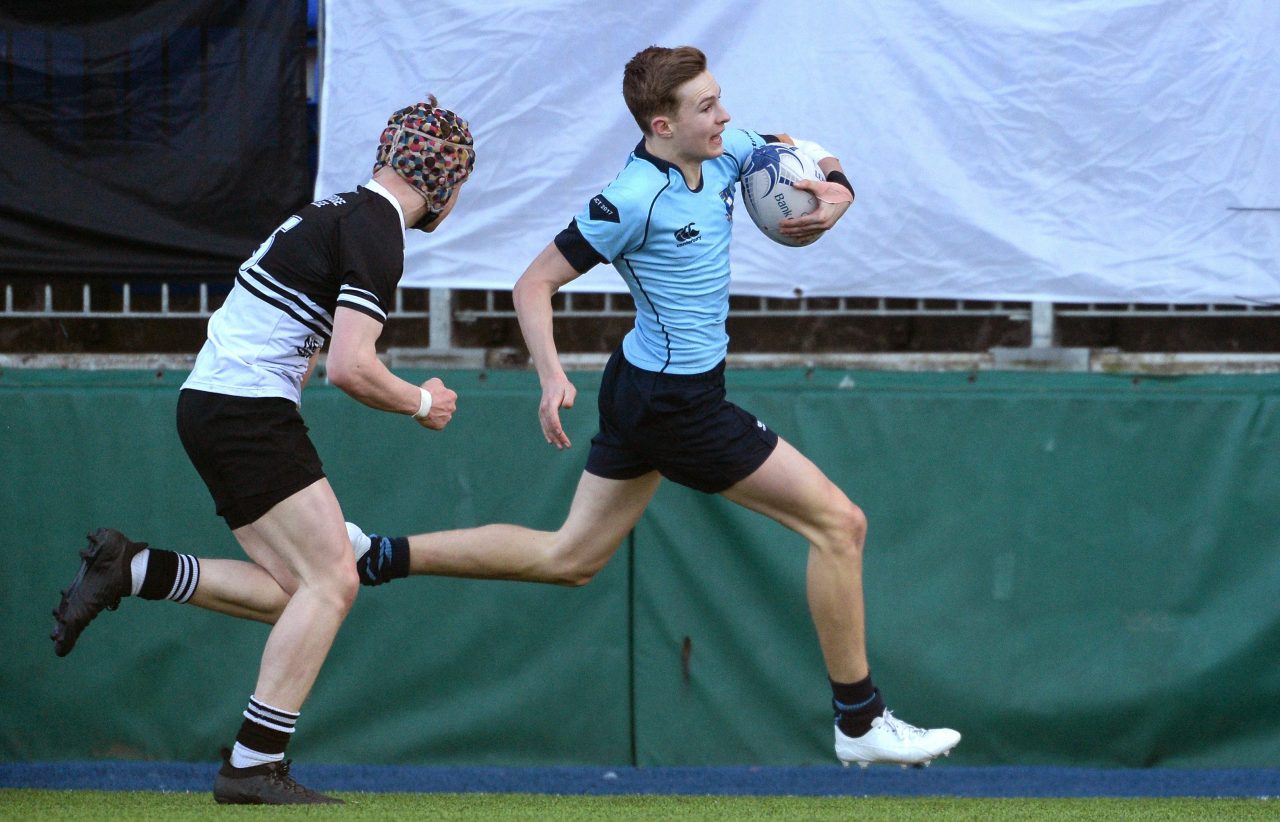 St Michael’s qualified for the Bank of Ireland Leinster Schools Junior Cup Final thanks to a late surge in their semi-final at Donnybrook.

Newbridge did a great job of staying in touch with their more vaunted opponents, especially when Sam Cahill’s try made it a one-score game midway through the second-half.

Initially, St Michael’s were on the front-foot and a high tackle allowed centre Christopher Cosgrave to land the opening three points in the fifth minute.

Newbridge reacted well, full-back Donal Conroy shooting through a gap down the left and fly-half Sam Cahill almost exploiting the short side. 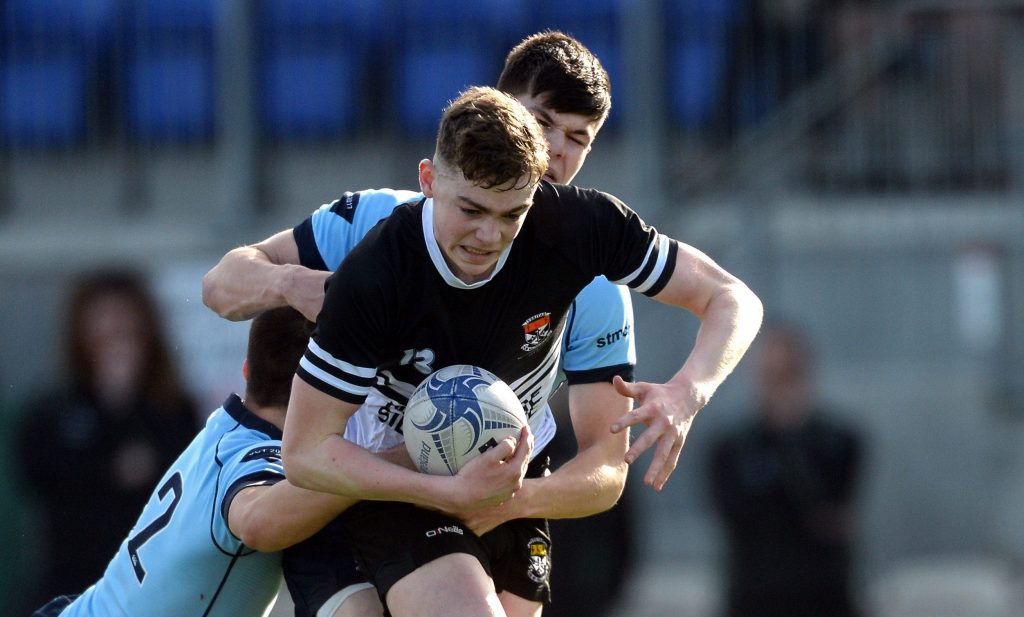 The potent attacking force of the boys in blue was soon apparent as flanker Oscar Hurley carried hard and number eight Jack Boyle completed the job for Cosgrave to convert.

When the Kildare boys rushed up in defence, it gave flanker Conor McGroary the chance to cause a turnover on the floor.

They looked to play off their scrum, even when awarded a penalty, as Cahill pulled the strings.

There was a serious breach by centre Marcus Kiely, followed up by number eight Jack O’Connell to put full-back Donal Conroy one-on-one with full-back Eddie Kelly, who made the tackle. 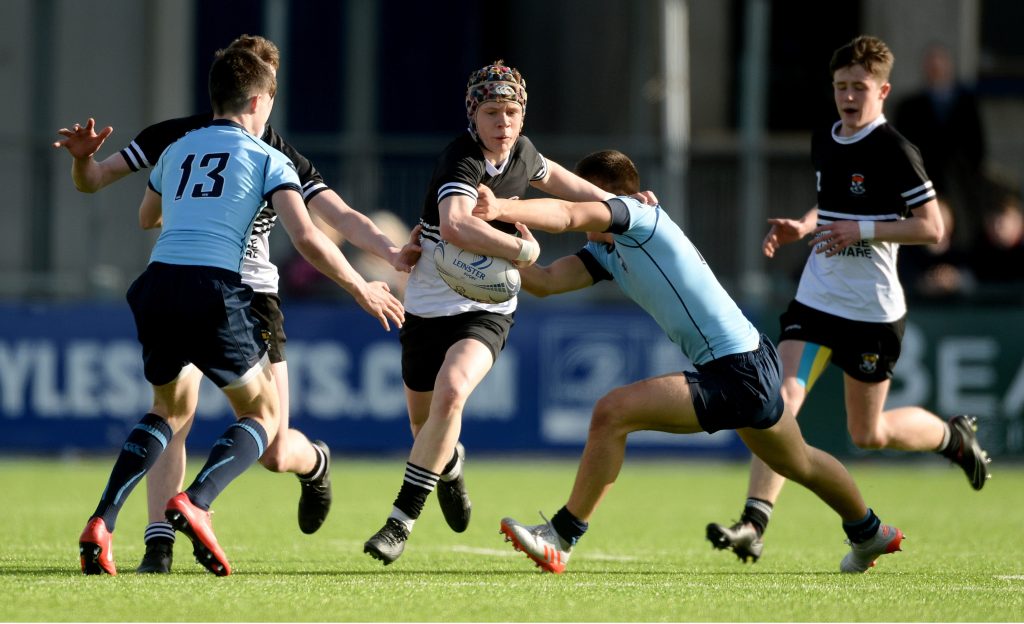 They wrestled the ball forward through O’Connell and the sniping Cahill again and were patient enough to wait for McGroary to crash over for 10-5 in the 21st minute.

They were varying the game wonderfully, scrum-half Cormac King lofting a ball high for Kiely to magnificently field it and Gaire nearly making another line break.

The problems came about when St Michael’s moved into gear and right wing Simon O’Kelly was twice on the ball to go close and Boyle was driven back in the last action of the half.

The Aylesbury Road school moved smoothly out of their territory from fine interplay out wide, Boyle powering into space.

This was met with resilience and the rebooting of Newbridge’s attack, led by O’Connell and Kiely, for out-half Cahill to just miss a penalty. 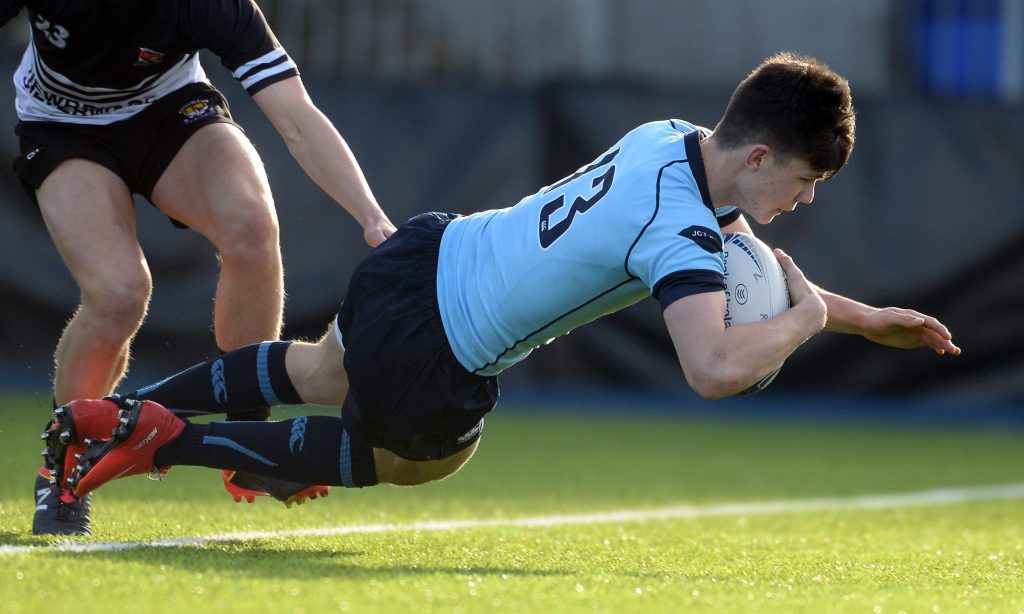 Cosgrave was not able to take a chance from the left to stretch the lead.

He need not have worried. Second row Jack Guinane thundered onto the restart from the 22.

The ball was moved left for Boyle to be stopped by Gaire. The recycles came quickly for Boyle to claim his second try, converted by Cosgrave in the 42nd minute.

Newbridge were stung into action. Cahill’s clever use of the boot in behind caught the defence flat-footed and the out-half had the pace to gather on the bounce for a superb try.

They were not slow to counter from deep either as Conroy took off for 40 metres. 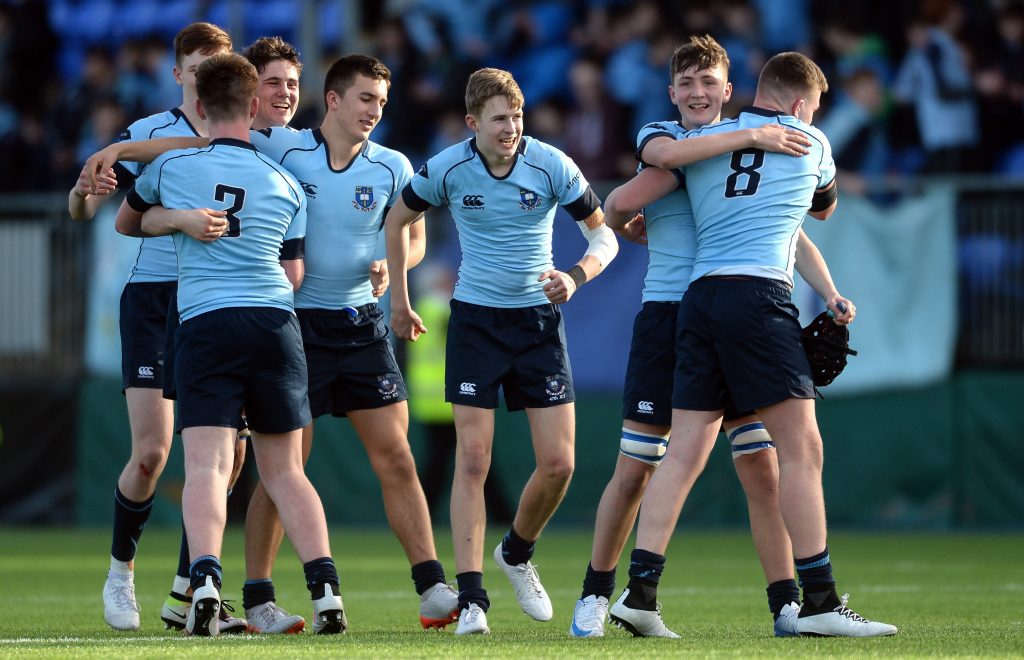 St Michael’s prop Lee Barron burst through the middle and out-half Niall Carroll was there to plunge for the whitewash, Cosgrave’s conversion taking it to 24-10 in the 49th minute.

The wearing down process had taken its toll.

Full-back Eddie Kelly came on a short ball for the fourth try, converted by Cosgrave, ahead of Kelly surging from his 22 to set up the right position.

A pre-planned move was taken home by Cosgrave just before he converted for the fifth time.

For ticketing information on the Bank of Ireland Leinster Schools Senior Cup Final, which takes place this Friday in the RDS Arena (KO 2pm), click here.