‘You can see a clear pathway from the Academy’ – Comerford 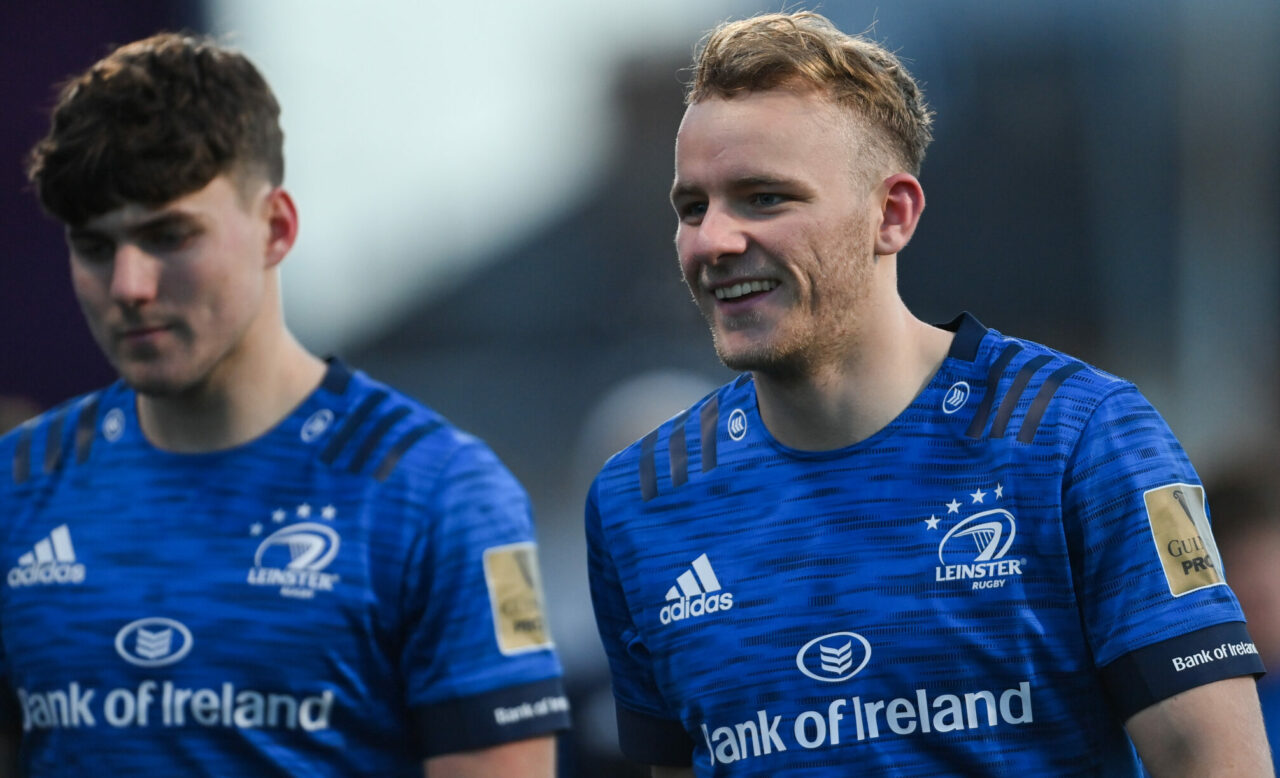 This article first appeared in the Official Matchday Programme for Leinster Rugby’s Guinness PRO14 clash with Cardiff Blues on 22 November.

It’s a phrase that has snuck its way into the lexicon of many players and coaches the world over as they emphasise that planning and preparation is always the key to their next game.

Niall Comerford, a winger in his first year with the Leinster Rugby Academy, is a glowing example of how to keep pushing on when the ‘uncontrollables’ try and disrupt your plans and ambitions.

At just 20 years of age, the Shankill native has already had an impressive sporting career at club, school, county, and provincial level.

But, there’s been some disruption along the way. Three separate events stick out, a broken wrist, being part of the ‘2000-born’ group who missed out on an inter-county championship, and now, Covid-19.

Gaelic football was his first love, a member of the Kilmacud Crokes club, he would go on to represent Dublin at underage level, lining out at midfield in the 2017 U-17 Leinster Final defeat to Meath.

It would be a disappointing note to bow out of his inter-county football career with but, he admits, the call to join Leinster Rugby was too good to turn down.

“I’d been playing since I was five, hurling and Gaelic with Kilmacud. I got to play with Dublin underage from U-13 to U-17,” Comerford explains.

“Unfortunately, we missed out – my year, the 2000s – on minor. I really loved it but it was difficult playing hurling, Gaelic and rugby at the same time.

“When hurling and Gaelic finish around October, I could go back to rugby, it was great having sport all year round. It worked well during the school years.

“But then, making the step up to Leinster, I had to make a decision whether or not to go with Gaelic or rugby. I made the decision to go with rugby and I’ve been very happy with it.” 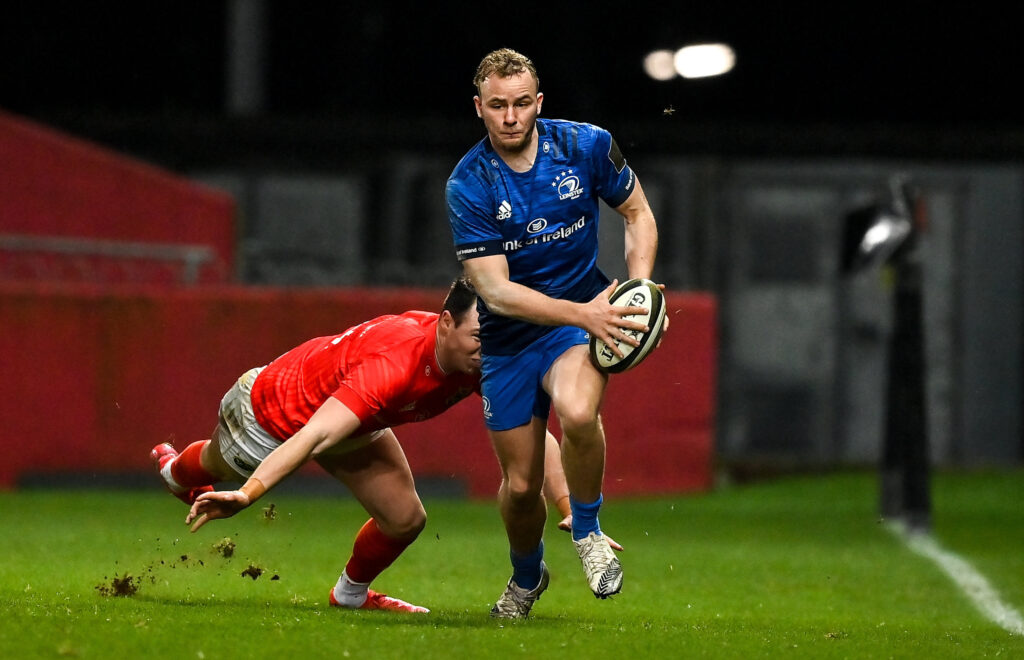 The dominance of Dublin’s footballers is no secret, and comparisons have been made between their ability to constantly refresh their team with young talent and Leo Cullen’s ability to do the same in Leinster.

As someone who has seen and lived the pathway of both, transferring skills where possible, Comerford sees a major similarity between the two respective set-ups that is enabling them to have continued success.

“The standards that they hold you to,” he says is the main likeness.

“It might be an amateur sport but we were based out in Abbotstown, which is also where the Ireland camps are based, they’re about 200 metres away from each other, so the facilities and how they operate are both directly comparable.

“The training was quite professional and quite similar to the sub-Academy.

“I was a midfielder. As a winger, there’s a lot of crossover with general hand-eye co-ordination, high balls, kicking and fitness, so it was a good transition over to rugby. It seemed to click well.”

He hasn’t always been out on the wing though, that change came as he progressed through the ranks in Blackrock College.

Having watched his older brother, Evin, playing with the school, Comerford had it in his head that he’d follow suit once he entered the Williamstown institution.

And so he did. First, playing as a flanker, he later transitioned to the backs where he settled on the wing.

During his time with Blackrock, he scored the only try in the 2016 Bank of Ireland Leinster Schools Junior Cup final, an 8-3 win over arch-rivals St Michael’s College at Energia Park.

At the same time he was dotting the ball down, an awkward landing and the chasing pack combined resulting in that broken wrist but he refused to go to the hospital until he knew the job was done.

“That was in the first 15 minutes, we’d a scrum in the middle of the field. I managed to break through and score a try, but in the process of scoring the try, I also managed to give myself a fracture in the wrist,” he reflects.

“I slid in weird and someone came in on my back and I kept going over the ball and broke my wrist doing it. We won 8-3 in the end so it was worth it.

“I went back to the school and then went to the hospital so I missed the team celebration afterwards. I got back for the end of it but I had to get it manipulated that day.”

“I was in a cast overnight, then had to get surgery and was in the cast for another four weeks. It wasn’t great!” 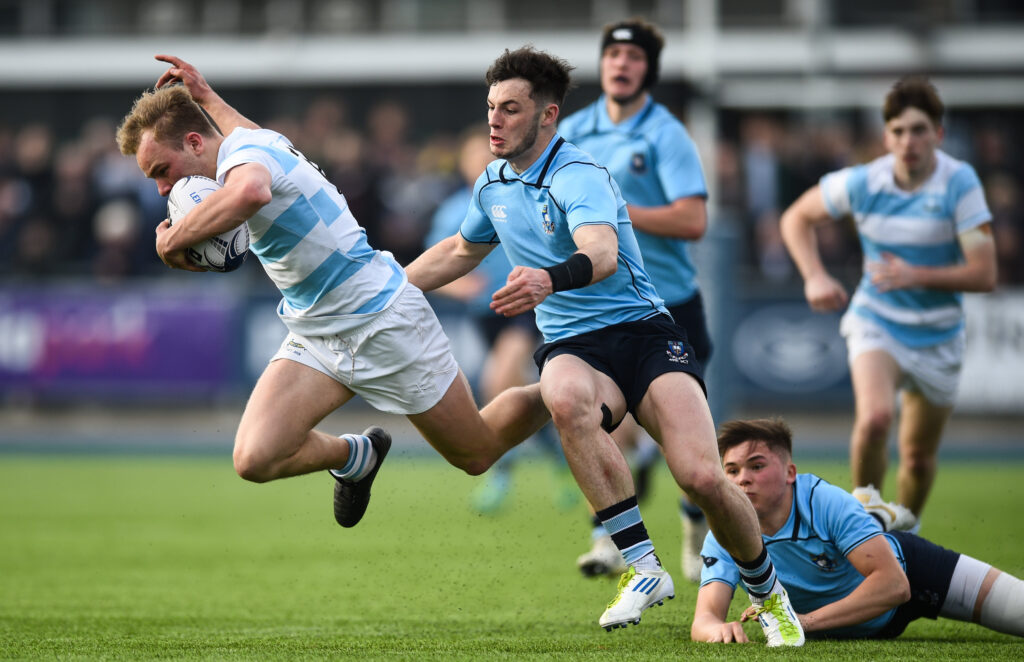 Rivals on that day and many since, he is now working in Leinster alongside former adversaries who have become teammates and friends.

“There’s always fierce competition in the schools, those games (v St Michael’s) would have a bit more niggle than the other ones but when it comes to Leinster, that fades away, and you’re all playing for the same team.

“There can’t be any distrust among players.”

That same policy extends now into joining Ireland camp with players from other provinces and clubs.

Comerford was selected as part of Noel McNamara’s Ireland U-20 squad for the 2020 Six Nations tournament with a lot of promise in the squad following on from the Grand Slam of 2019.

With a trial to join the U-19s on a tour of France being the closest Comerford had previously gotten to playing for Ireland, excitement was high at the prospect of getting to pull on the green jersey in this year’s tournament.

Ireland quickly racked up three wins from three, beating Scotland, Wales, and England before Covid called a halt to their year.

Comerford, however, didn’t feature after picking up an injury early into his time with the Ireland team, a cruel blow knocking his dream of representing his country on the head.

“I injured my shoulder in the very first camp so I missed out there.

“I was trying to get back into the squad really, to get some game, or any game, and I would be happy. But then, obviously, Covid hit just before our Italy game.”

Like the rest of us, they had to accept it for what it was. A global pandemic is not something that can be wiped away overnight.

More disappointment arrived in August when Six Nations tournament organisers declared that the U-20 competition would not be completed for 2020.

While the same frustrations we’ve all faced this year will linger, Comerford, still shorn of that chance to play for Ireland, doesn’t feel he has any special grievance or cause for anger.

He simply suggests that he would have had an uphill task of displacing any of the back three who had made the jerseys their own over the opening three games.

“We were all disappointed, we trained really hard and I think we were ready to just get the games done, we really wanted to play.

“Playing for your country is such a huge source of pride for everyone. There was a lot of frustration and disappointment, but we understood the circumstances.

“It’s not normal, it wasn’t just a match being called off, it was for our safety and for the benefit of everyone. We knew that they had to make that decision.

“I’ve just been unfortunate, it would have been tough anyway to break into the team with players like Andrew Smith, Ethan McIlroy (Ulster) and Oran McNulty (Connacht).” 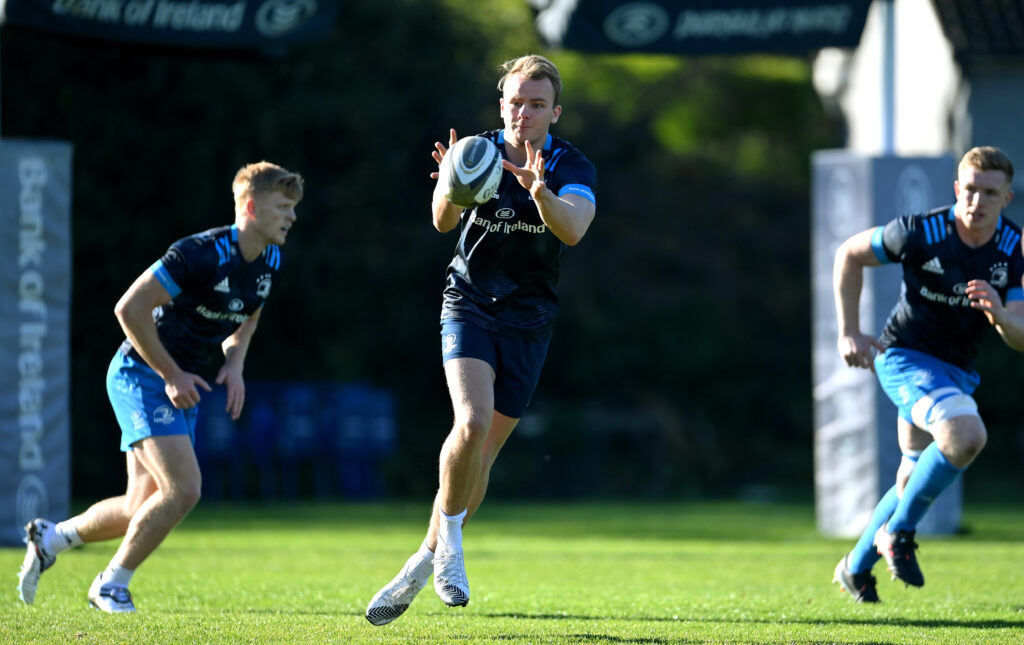 Despite that setback, he hasn’t had to look too far for inspiration. Playing in the Celtic Cup last year, Comerford shared a dressing room with two players who have since made a huge stamp on Leinster and Ireland – Hugo Keenan and Rónan Kelleher.

“I got one or two games alongside guys like Hugo and Rónan and now you see Hugo starting full back for Ireland.

“The step-up he’s made is great to see, and Ró, you can see the pathway that they have put in place.”

While still only in Year One of the Academy, Comerford has quickly caught sight of what to improve and how to do that.

Taking part in that Celtic Cup campaign and now getting the opportunity to train with the senior Leinster squad has given him a good opportunity to learn and develop.

“Particularly with not having the end of the Six Nations and the Junior World Cup which would be a time when a lot of guys would be trying to break through, it’s been great being up with the seniors.

“Even just being able to train with them, seeing how they work and how they train, it’s been a great experience.

“It’s another step up. It was probably a shock to the system I would say, but I think I’m getting used to it now.”