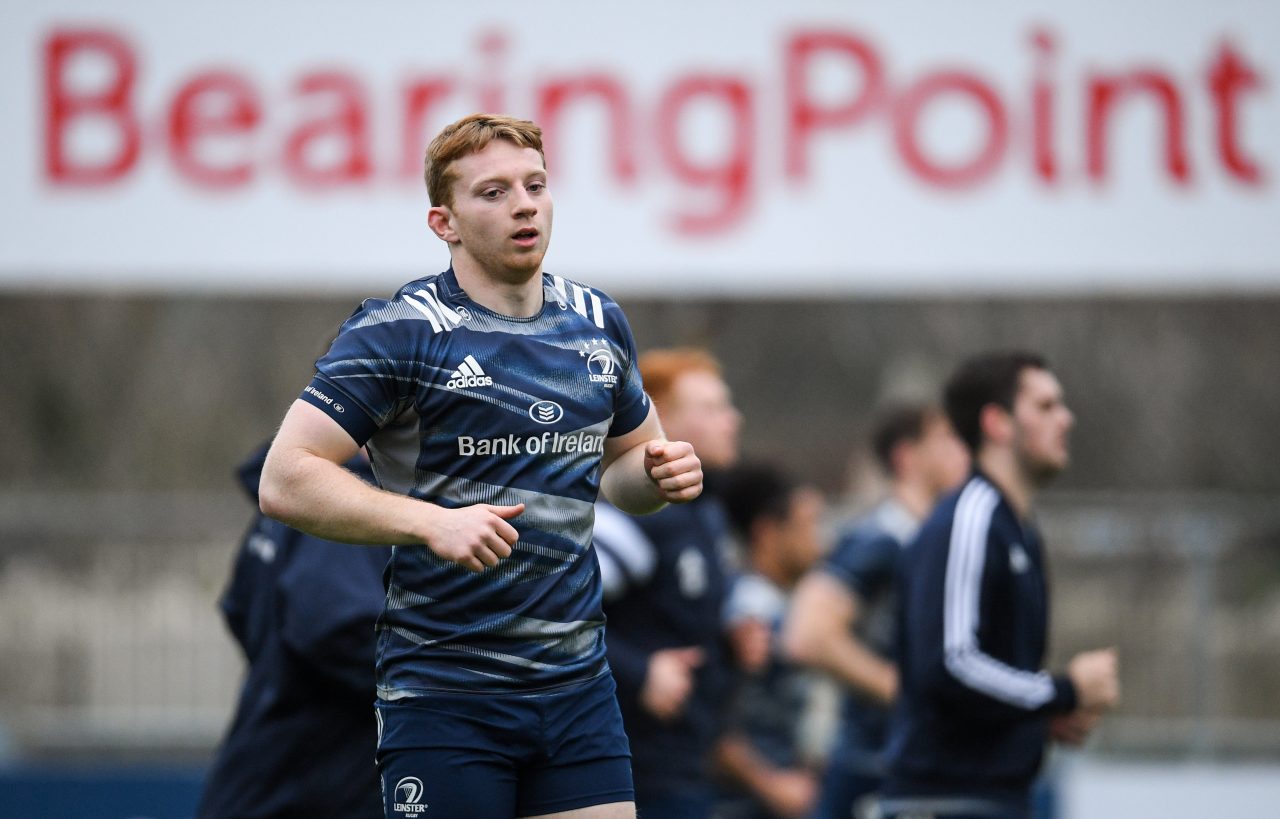 Martin Moloney cares a lot for where he has come from and the part it played in getting him to where he is now in the Leinster Academy.

When Athy Rugby Club came under pressure to close its doors late in 2019, it sent a shiver of anxiety right down the middle of the back rower’s spine.

“I was none the wiser about the situation until it came out in public,” he said. “I got very anxious when I read the article. I was very taken aback. I got in touch with some of the lads from home and they eventually told me, yeah, it was true.

“There were a few days there where it didn’t look great for the future of the club. It was a horrific situation to be in. What I thought was great was how the whole rugby community came together. At home, everyone would have done anything to facilitate or help the club. That was a given.

“Even up here (in Dublin), everyone in the rugby circle was concerned, including members of my club Old Belvedere. What could they do about it? There was nothing. In the end, Athy was able to resolve the problem.”

All you need to know about Moloney is that he comes prepared, judging by the little black book he carries with him.

The dire circumstances of Athy have only served to remind the Leinster Academy forward of the pathway that has enabled the flanker to flourish.

It is a bone of contention for him that there is confusion around the details of the pathway, especially for those coming up through the club ranks. There shouldn’t be he feels. The pathway is there for anyone and from anywhere.

“There are so many different levels to the pathway,” he says.

For Moloney, there is the schools route and the clubs route, two very different systems that are threaded together at Ireland Under-18 Schools and post-leaving certificate. 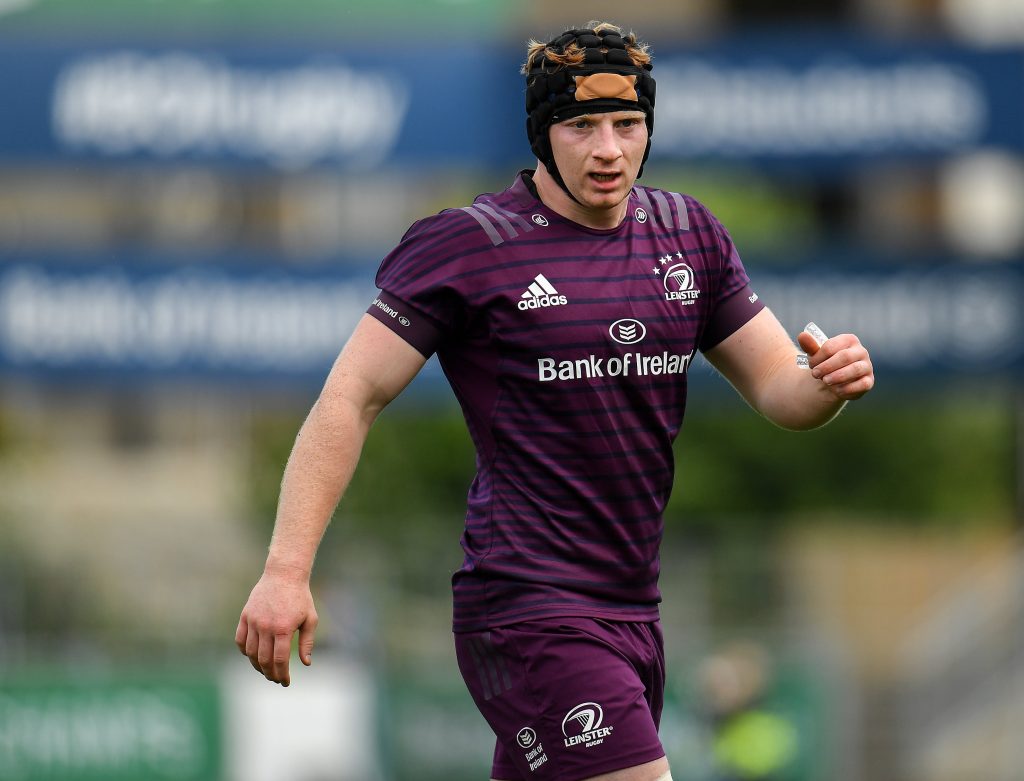 “It fit nicely in with the GAA as well because a lot of the lads I was playing against in the GAA I was playing with in rugby. You move on from the minis to the underage games, Under-12s, Under-15s on the full pitch where it gets more serious.

“From there, at Under-15s, you can be put forward for the five regions in Leinster, the Midlands, the North Midlands, the South-East, the North-East and Metro. They all then compete in the Shane Horgan Cup.

“You are beginning to see the pathway when you go to those trials for North Midlands Under-16s, even a year before that when lads from Athy, like Lee Hendy, went to trials.”

There was also the buzz around the local boys made good as Joey Carbery was fast-tracked at Leinster and prop Jeremy Loughman made it into the Leinster Academy, both men subsequently moved on.

“Then, there was one year with the Ireland Under-18 Youths and I also played for the combined Ireland Schools-Youths team in the Under-18s Festival held in Wales.”

Back then, Ireland managed to come back from a 19-point deficit with just 20 minutes left on the clock in what was a prequel to their heroics at the Under-20 grade last season.

That marked the moment when their coach Noel McNamara prophesized how they would go on to win an Under-20s Grand Slam.

What do you know, two years later, the Ireland Under-20s had to go to Colwyn Bay in Wales where they never win. And they won. It was an achievement built largely on the back of a unique bond that developed between like-minded individuals. 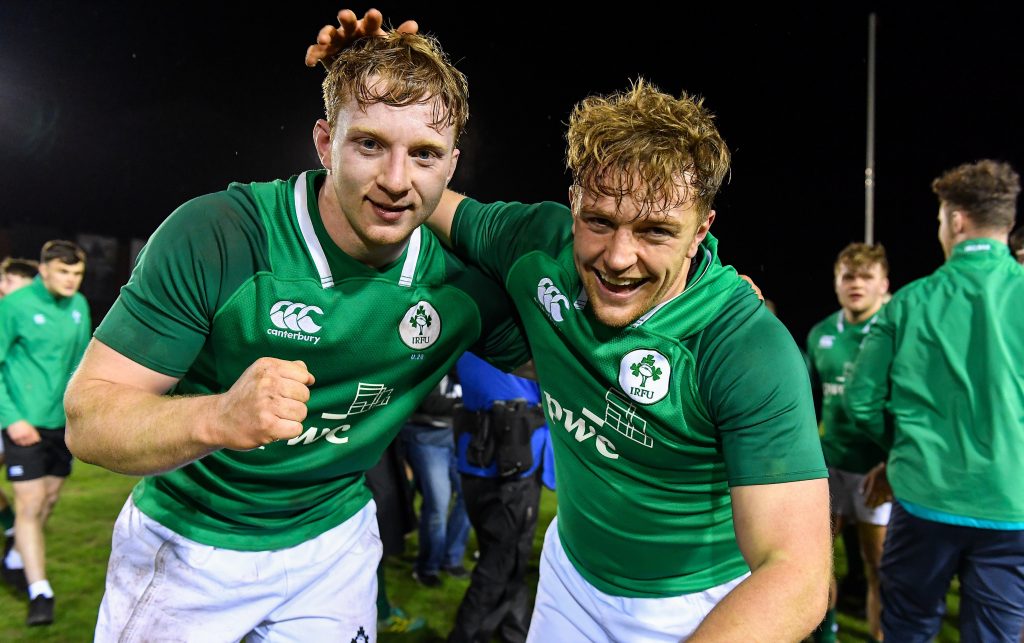 “There is always a danger that the players can stay in their provincial groups,” he noted about the Under-20s campaign.

Moloney is what you might call a coach’s player, a selfless worker, who will sacrifice for the overall good. Even back then, he had to trust that the coaches would spot his strengths.

“It was always the way I was going to play. That comes from the club. There are a lot of real hard workers at the club and they get it from their personal lives, you know they might be farmers or in jobs where there is a lot of physical labour. It is not just what you do on a Saturday. The coaches all emphasise that. It is not only how you play. It is how you train and how you prepare, something I learned last year in the Sub-Academy.”

Within a month, Moloney had taken in the satisfaction of winning the Under-20 Grand Slam and being informed there was a place available in the Academy.

Typical of this game, those experiences were soon balanced out by a knee injury that destroyed his World Cup dream.

“I thought I would be available right up until two weeks before it. The nature of the knee injury was unusual. It just wasn’t to be. It wasn’t easy to take, in particular, because of the bond we had and the potential we had as a group.”

Moloney had to accept his fate, turning his focus to this season, playing against Coventry, for 20 minutes, and Canada in pre-season and starting against Scarlets in the Celtic Cup where he showed well until a hamstring injury put a halt to his progress.

However, he just put the head down like he always does and now, the next game can’t come too soon.