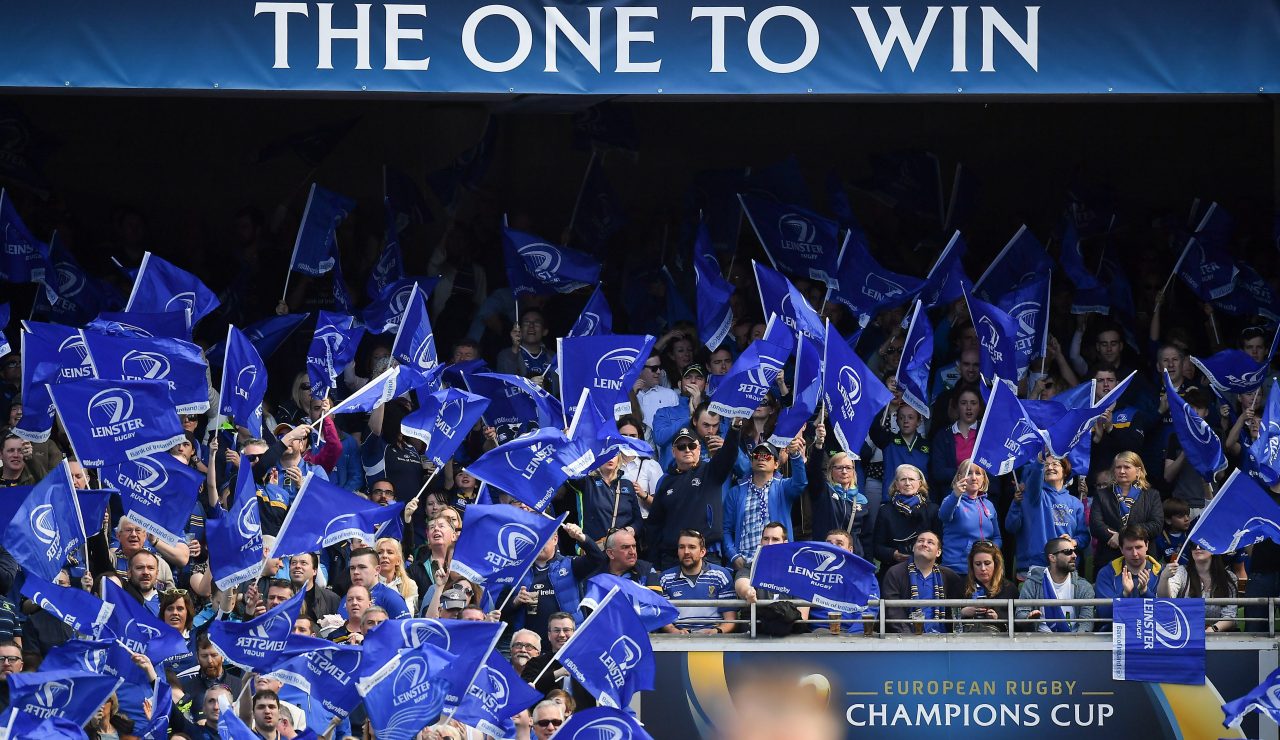 Leinster fans cheer on their side during the European Rugby Champions Cup Semi-Final match between Leinster Rugby and Scarlets at the Aviva Stadium in Dublin. Photo by Brendan Moran/Sportsfile

The Official Leinster Supporters Club (OLSC) is asking supporters to send messages of support to the team in advance of the European Rugby Champions Cup Final in Bilbao on Saturday, 12th May.

Whether you want to send a letter, a video or a photo, the OLSC will collate all the messages collected by 5pm, Wednesday, 9th May and pass them on to team management so that the boys see them in the dressing room on match day.

Send your short good luck message including your name and where in the world you are to olsc@leinsterrugby.ie.

A reminder for those going, the OLSC Away Guide, in association with Bank of Ireland, will be out the Tuesday night before the game. For those around the world who can’t make it, our global broadcast guide will be out on Wednesday of next week.