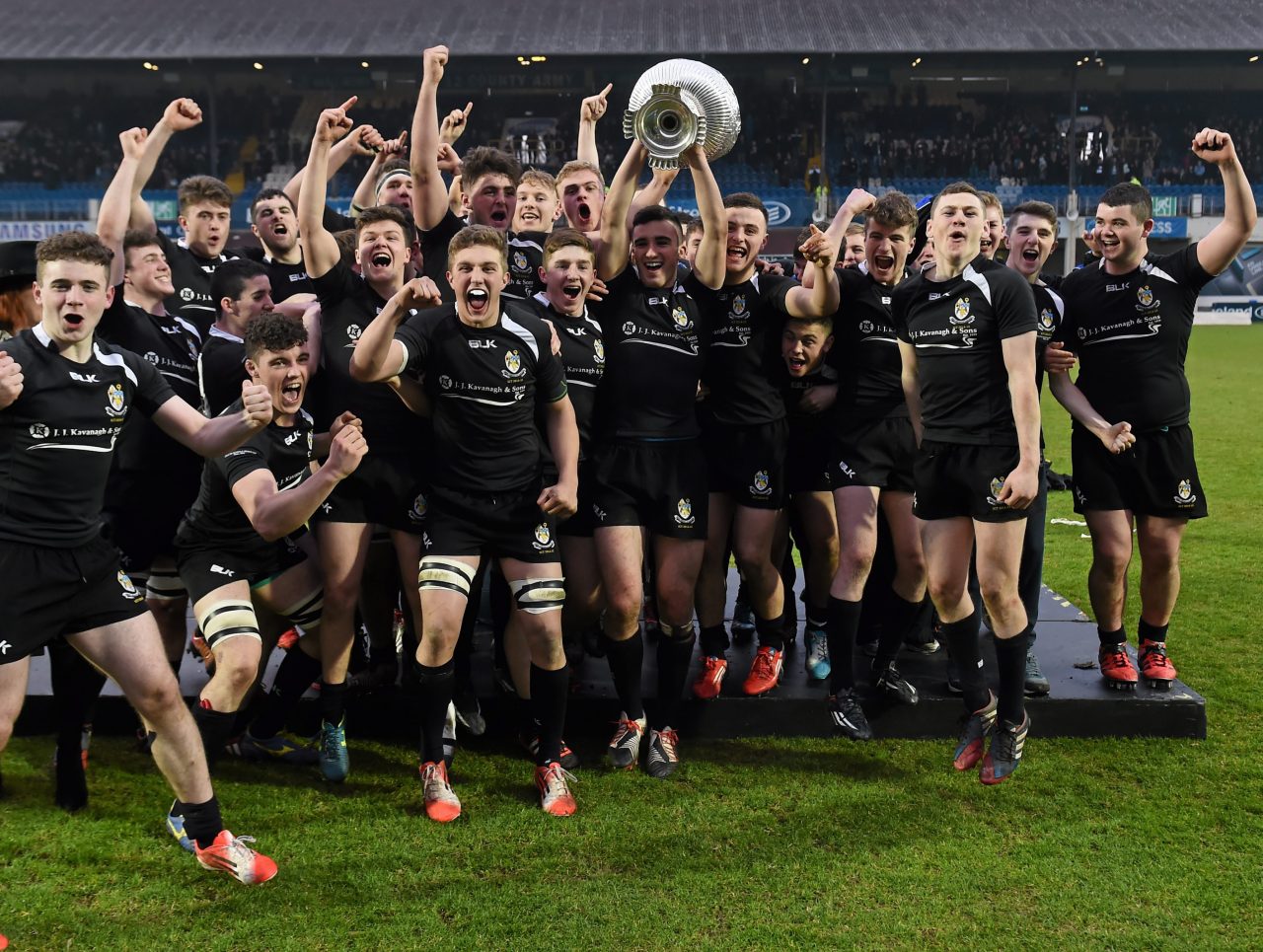 Read a preview of the first round of the Bank of Ireland Leinster Schools Senior Cup.

The mere fact that St Gerard’s make the first round of the Cup speaks to a better version than that of last season when they could not get over Castleknock in the Vinnie Murray semi-final.

They did not have to go the long route round this time as their form in the Leinster League was as solid as anyone in winning four from five to make the semi-final where they were beaten by Roscrea.

They will not fear the draw even though the cruel hand of fate has removed Leinster U18 Schools hooker Dan Power and loose-forward Harry Happonen in a double injury blow.

CBC coach Ronan O’Donovan will look to prop Eoghan Clark and loose forward William Fay to provide the physical example for those around them.

There are ten young men back with an axe to grind from their unbecoming 42-14 defeat to Bevledere last year.

Captain Rob Jordan at scrum-half is a clever player well capable of manipulating the best defences and Thomas O’Callaghan has shown for Leinster U18 Schools he is a real handful. 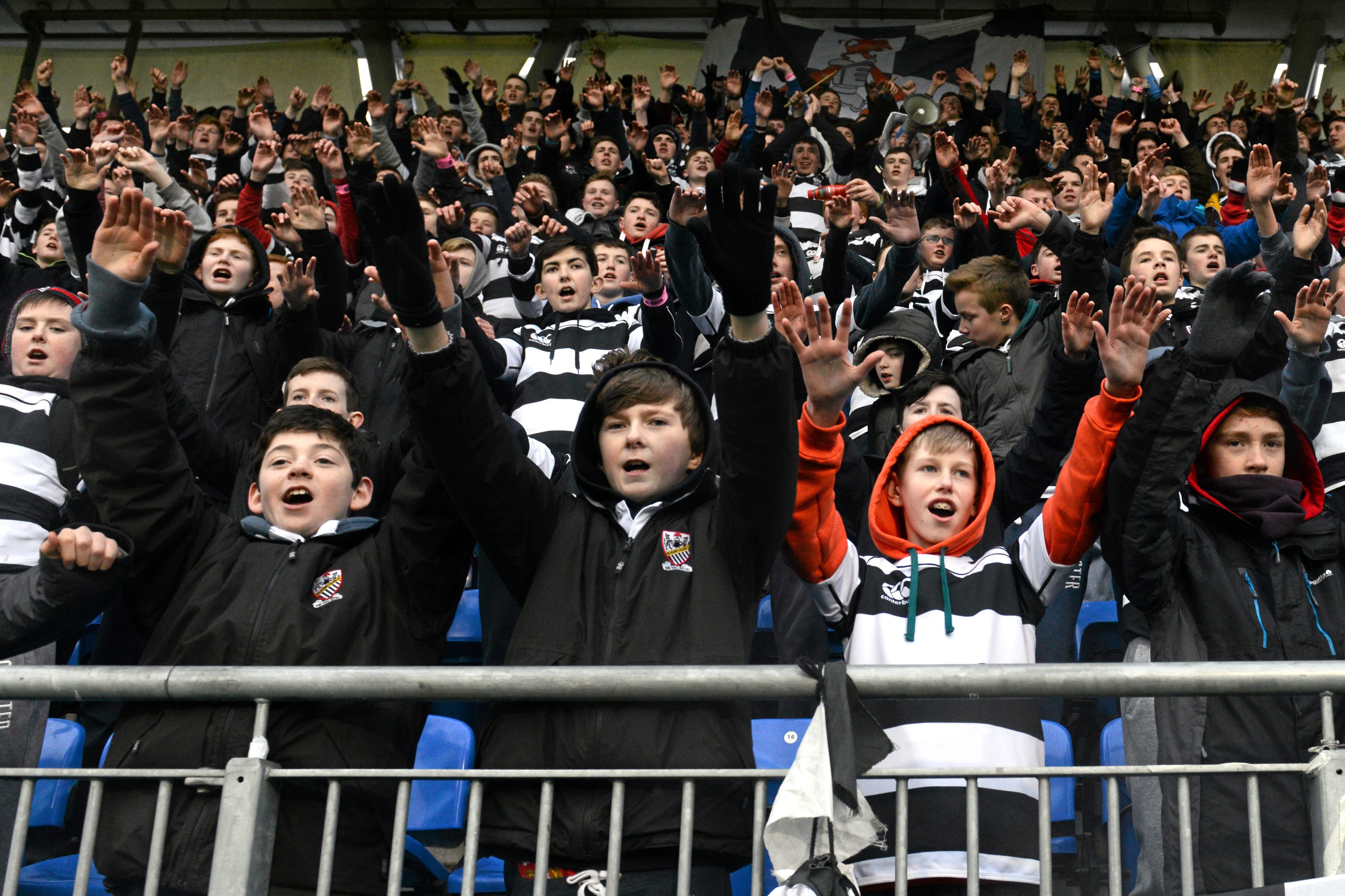 St Michael’s come into this without the pressure that proved too much for them last year.

Andy Skehan is back at the helm to coach a less celebrated bunch which has Ross Byrne’s brother Harry at out-half as their creative force.

There is a thread of quality running through the spine with second row Oisin Dowling, flanker Jack Dunne and centres James Hickey and Jack Kelly all able to trade blows with the best.

There will be no finer talent in the competition than St Andrew’s captain Jordan Larmour.

The incisive Leinster and Ireland Schools strike runner, from the wing or centre, is on a short list for a professional career

The supporting cast is not too bad either as there are a dozen back from their 13-5 quarter-final loss to Newbridge last year with centre Peter Sullivan set to benefit from the defensive attention shown to Larmour. 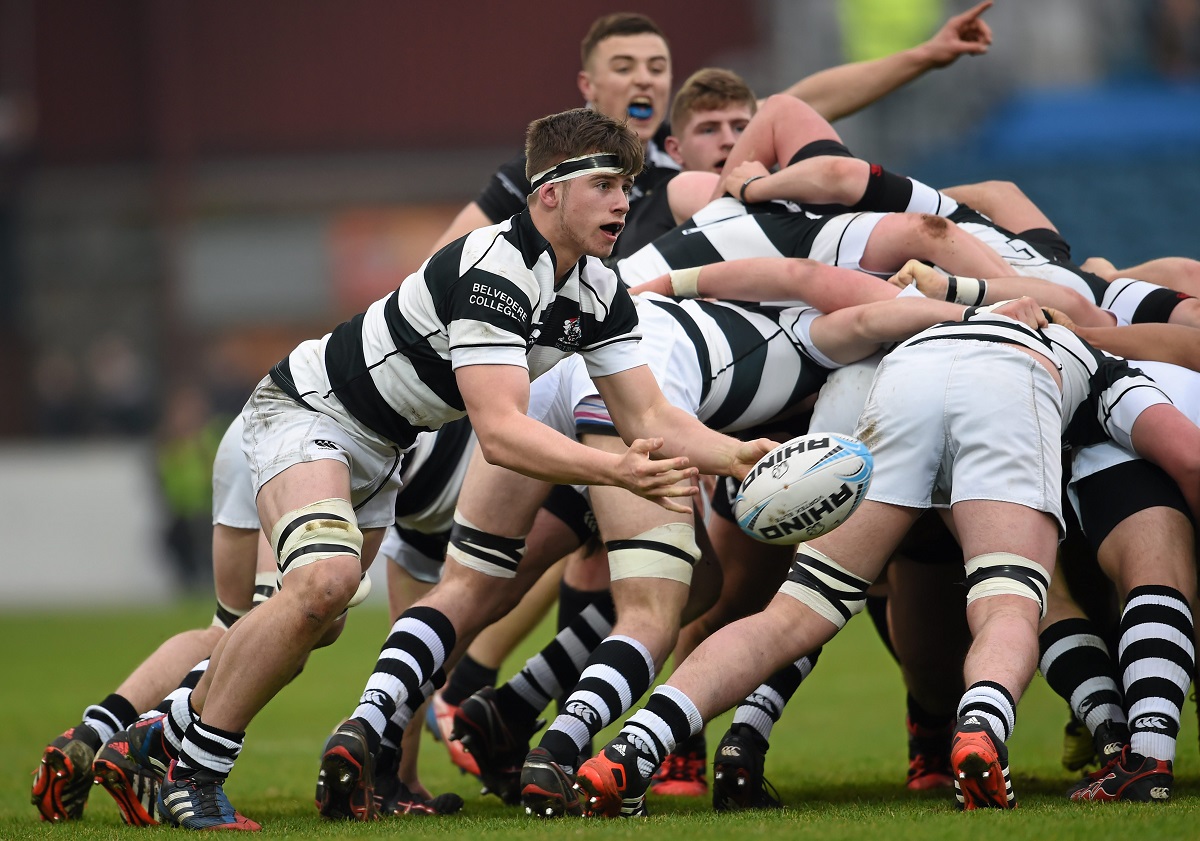 Last year’s losing finalists Belvedere will be eager to make up for the hurt on the biggest day and the biggest stage.

They have a host of young men back to find redemption and lifting the Fr Hampson Trophy is the only achievement that will do them.

Head coach Phil Werahiko will have eight starters back from the side which slipped up against Roscrea in the final and three others who contributed from the bench.

Number eight Tom de Jongh is their go-to forward and there is real class at half-back where Hugh O’Sullivan and Conor Jennings will be a year wiser.

It was a case of ‘what ifs’ for Newbridge last year as they also bowed out to eventual winners Roscrea by the slimmest margin (20-19) after a replay when they had played the more attractive rugby.

They have a litter of those players back, headed by half-backs Colm Doyle and Tim Murphy in behind a solid foundation from props Jordan Duggan and David Breen, combative lock Michael Joyce and Leinster U19 number eight Patrick Ryan.

Indeed, their wing Colm Stapleton was at the sharp end of their attack and his out-and-out pace will spell trouble if he is given half a chance. 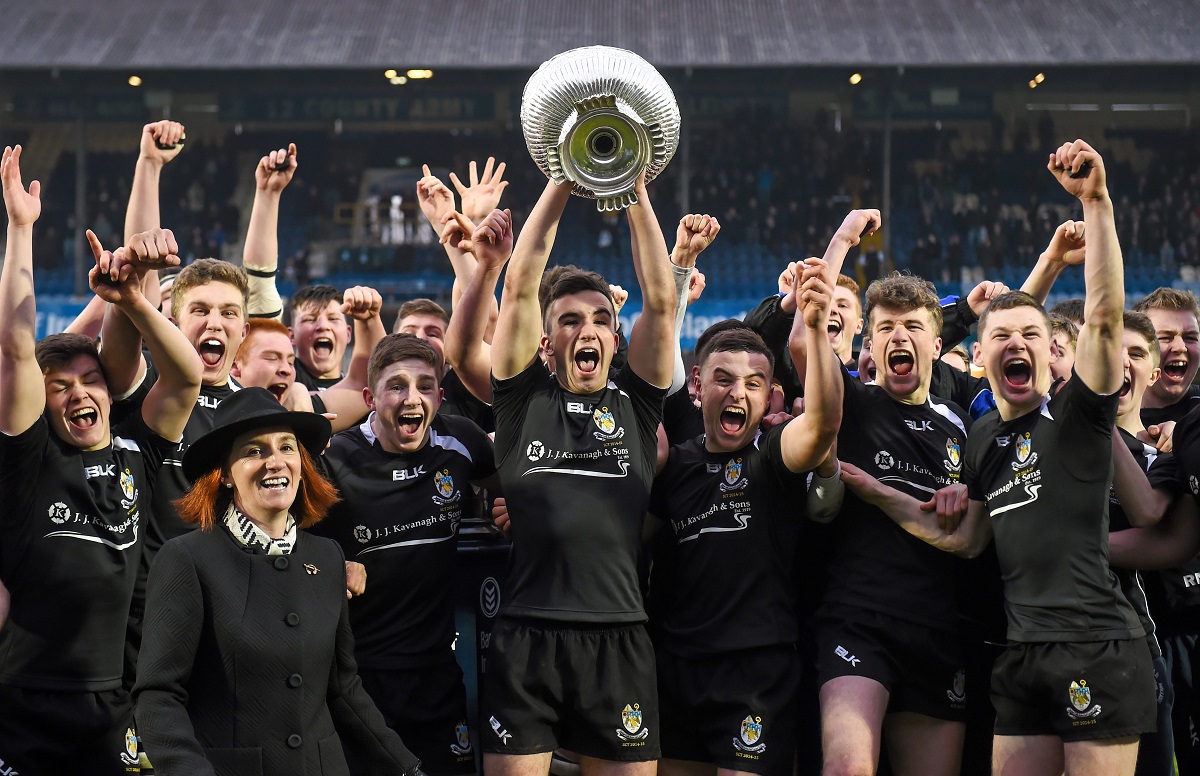 This is certainly one to whet the appetite as the holders and Leinster League winners collide with the school they got the better of 22-17 in the pre-Christmas showdown for middle-ranking schools.

Roscrea have as many as five of that huge forward pack back again, led by locks Fineen Wycherely and Aaron Browne, prop Dylan Murphy and hooker Eoghan Maher, backed-up by four of their backs, most notably the highly skilled Alan Tynan.

There is every reason to consider a shock here as head Kilkenny coach Gordon Rowe calls on an all-round collective with a smooth running three quarter line that calls to mind the Newbridge backs that gave Ros’ such a headache in last year’s semi-final.

If they can get number eight Anu Awonsi and Jack Delahunt on the frontfoot, out-half Josh Millar is a clever enough operator to make use of the athletic ability on the outside.

UCD coach Noel McNamara has handed over the role of head coach to Brett Igoe at Clongowes Wood.

As always, they will come in under-the-radar as a school which, more than any, makes the most of the tools at their disposal.

The Clane school were just elbowed out of it by Belvedere (27-26) in last year’s semi-final, a match for which they were made marginal favourites.

Captain Jack Moore will lead out a side which trades on organisation and aggression with a game-changer in full-back Michael Silvester.

This was always going to be a better year for The King’s Hospital compared to their tame 40-10 exit to St Andrew’s in the first round last year.

They have 13 back from the squad to make a stronger fist of it with Tom Doyle as their captain.

The problem is that the draw has not been too kind and coach Matt Jarvis will have to have them at their best to cause an upset. 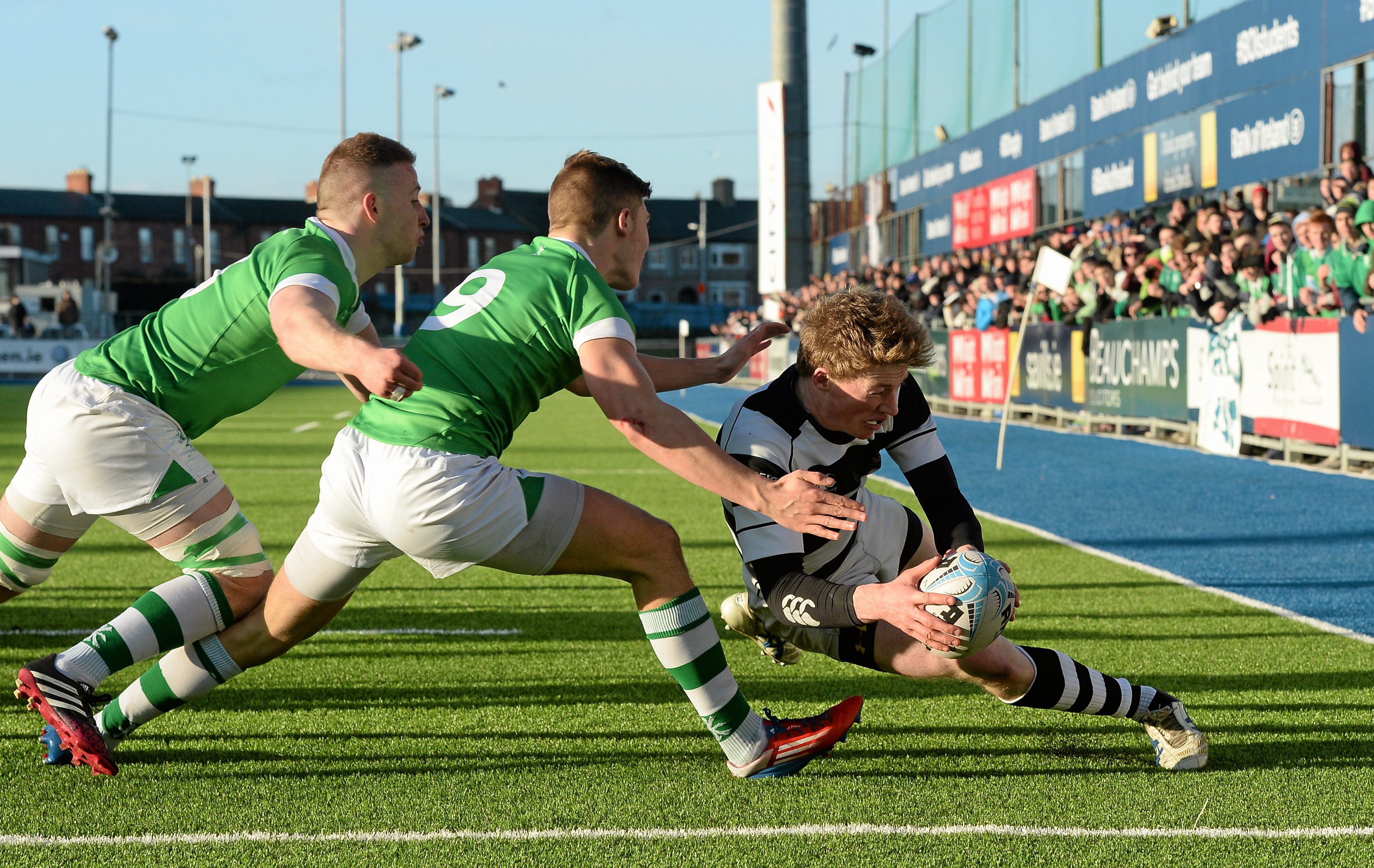 Wesley have come through the same process as Castleknock in the Vinnie Murray, edging out St Fintan’s, from Sutton, and Skerries Community College to give them that winning feeling under coach Patrick Collins.

There has been a sense that they have not played as well as they can with strong leadership from Adam Curry at out-half in support of forward power from prop Campbell Classon, lock Luke Corish and captain Stephen May.

‘Zaga have League wins in their Pool over Roscrea and Kilkenny in the bank.

Captain Barry Goulding is their standout in behind a pack of forwards fronted by Interpro hooker Conor Gleeson and prop Evin Coyle. 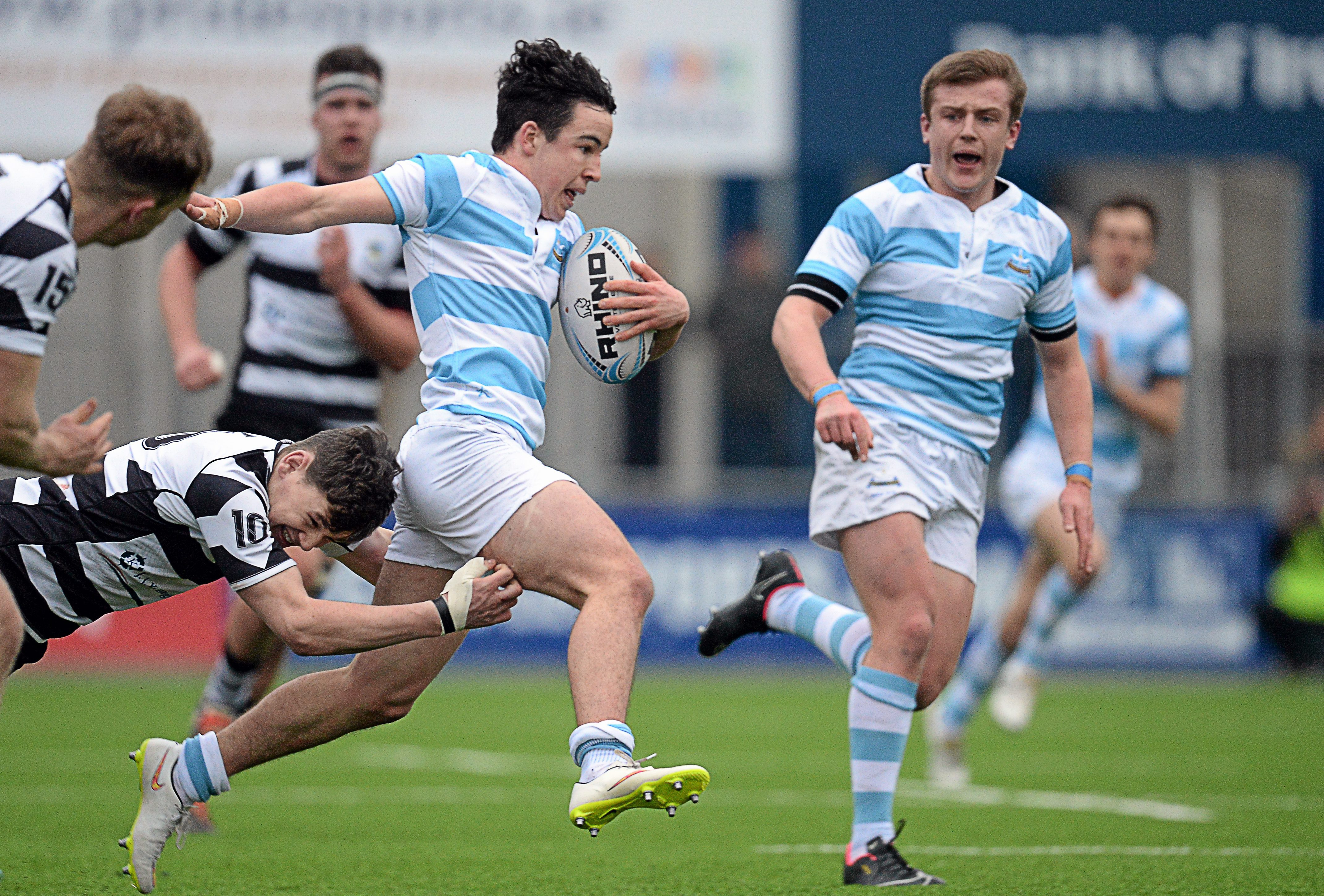 Leinster Academy Manager Pete Smyth still holds the reins at ‘Rock and he can draw on the bitter experience of 16 squad players from their quarter-final, injury-time 17-14 loss to Roscrea last year.

Caelan Doris and Andrew Murphy will set the tone physically up front and there is a wide-array of attacking talent to be found from half-backs Patrick Patterson and Conor Dean out to Gavin Mullen and Tommy O’Brien.

The luck of the draw, if you can call it that, has placed Castleknock in the path of the favourites.

They have been battle hardened by coming through three matches in the Vinnie Murray Cup against St Conleth’s, De La Salle Churchtown and Wilson’s Hospital to reach the final, showing improvement all the way.