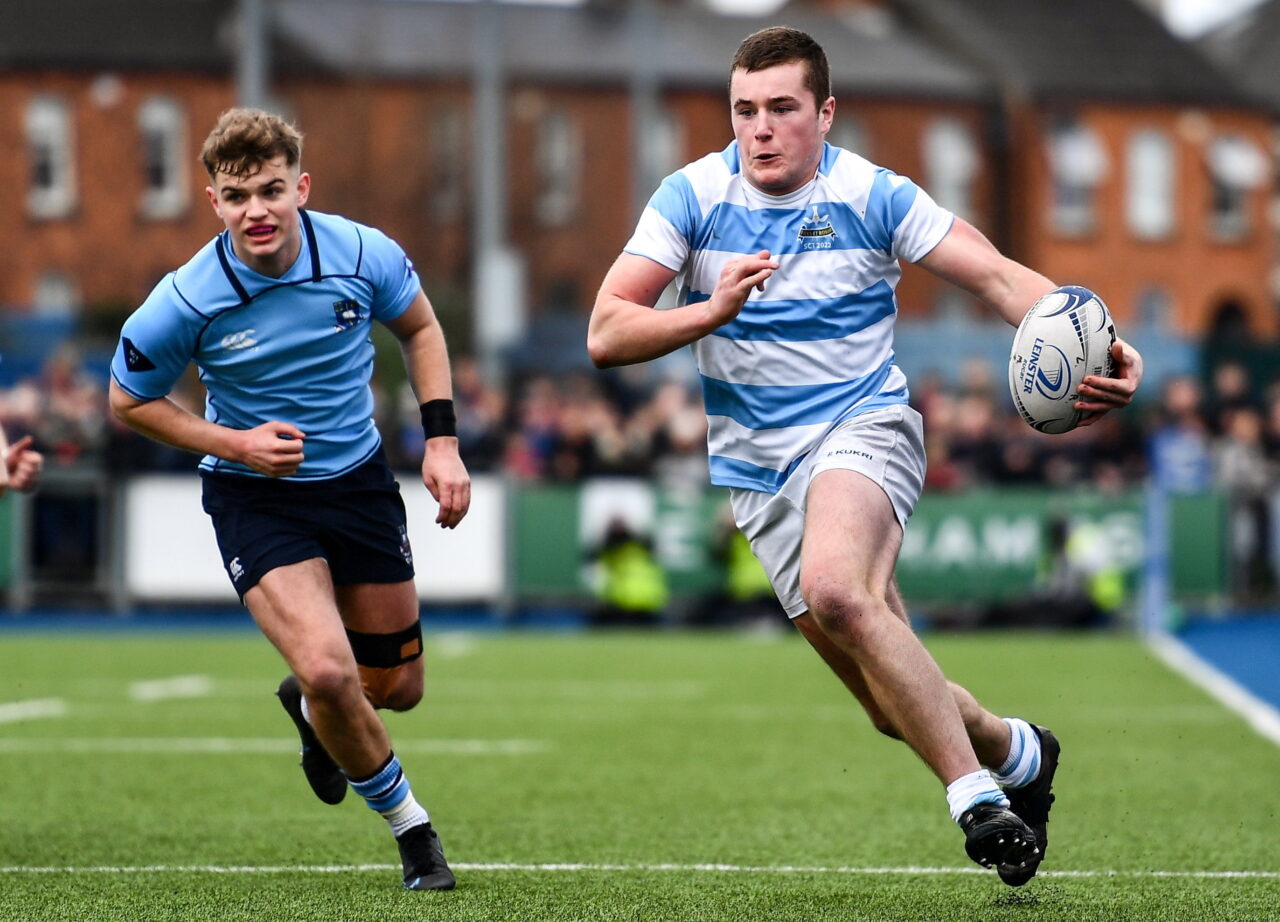 The anticipation had been rising steadily since the draw had been made in December as these two titans finally came head-to-head.

Those in the know gave a slight pre-tournament edge to Blackrock and their centre Hugh Cooney thundered into wing Luka Hassett to set the tone from the kick-off.

Blackrock pressured the lineout twice. But, Dan Carroll forced a turnover on Kevin Jackson and prop Paddy McCarthy returned the compliment before James Nicholson could not quite control Zach Quirke’s high ball.

It led to a scramble defence that yielded a penalty for Zach Quirke to put ‘Rock 3-0 up in the fifth minute. 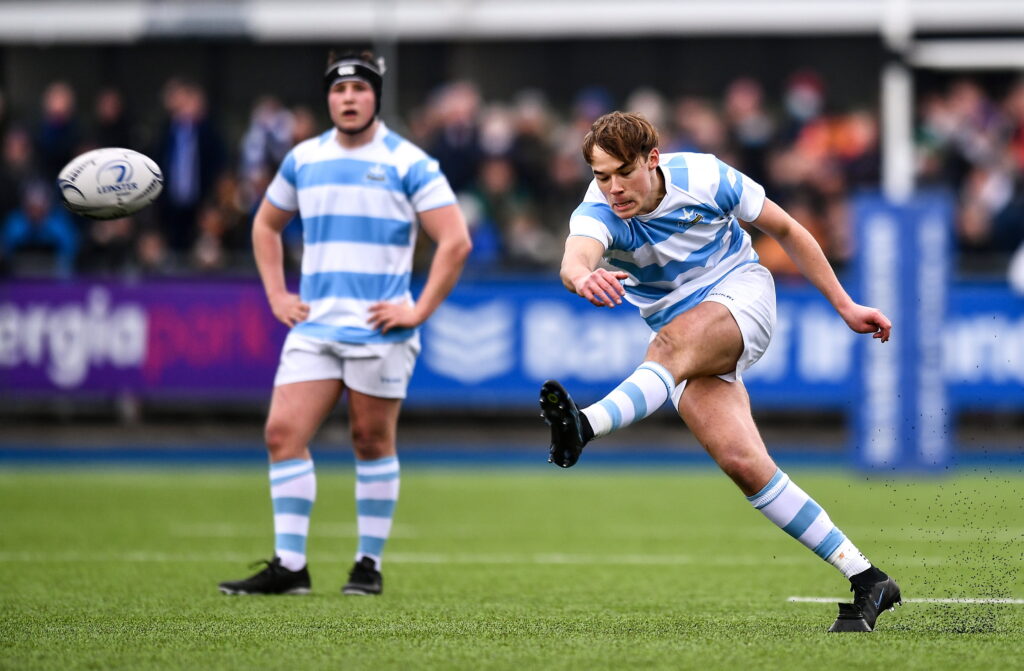 Again, Blackrock made life uncomfortable at the lineout, but a knock-on at the base of a ruck allowed St Michael’s access for the first time.

The door was shut when Paddy McCarthy slammed into Dan Barron. This was undone by a ball into touch on the full.

They were playing on advantage, coming back for a penalty which was turned into a lineout, taken in by Dave Woods.

The patient maul was grounded by hooker Zach Baird for Fintan Gunne to convert for 7-3 in the 14th minute.

Gunne’s bomb out of defence was taken in by Ruben Moloney, the full-back losing the ball forward from a Baird tackle.

This was compounded by a spill by Eoghan Walsh from another Gunne clearance.

Sam Berman almost connected with James Nicholson. Then, the latter showed up well to chase his own kick to plant Moloney in the tackle.

That man Gunne hoisted another skyscraper to earn a scrum from a knock-on without the execution in midfield to make it count.

The referee Dermot Blake became a victim of the physicality when standing in the way of rampaging Blackrock hooker Gus McCarthy.

No matter, the Blackrock ball carriers pierced the gain line quickly to earn a penalty for Quirke to make it 7-6 in the 27th minute.

St Michael’s were benefiting from Gunne’s kicking game and the latest one produced a shot at goal when cleaners couldn’t keep their feet at the ruck, Gunne just about clearing the crossbar from 50 metres for 10-6 on the half-hour.

An absolute bullet of a St Michael’s maul and the penalty that came from it placed them on the 40-metre line.

However, a counter-ruck from Paddy McCarthy caused a turnover and a ground-devouring kick by Quirke. 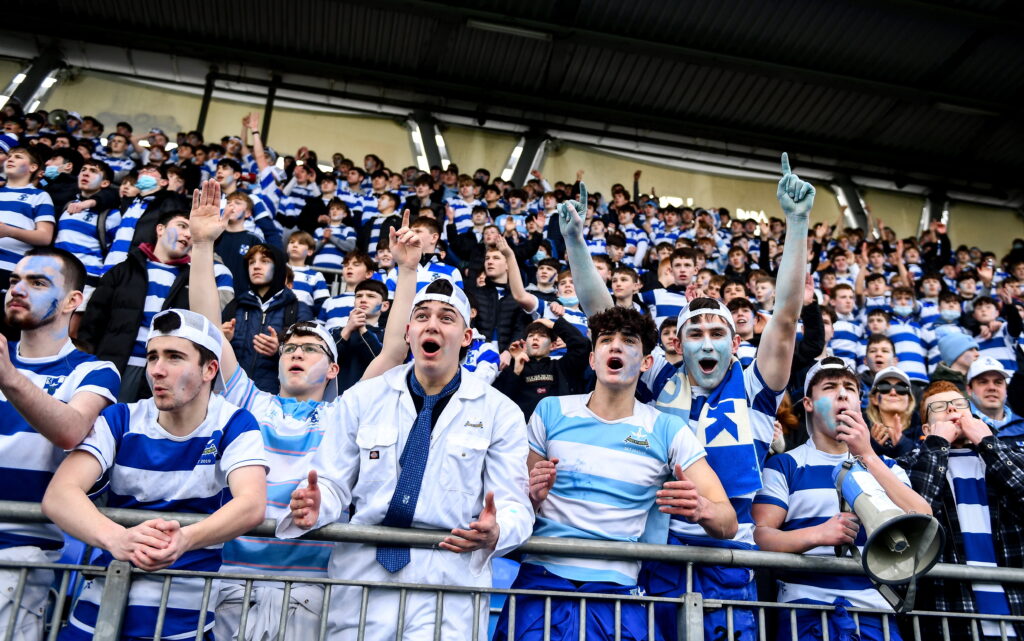 A sweet move at the front of a lineout, involving No 8 Jackson, saw Gunne and Sean Egan force Gus McCarthy into a spill close to half-time.

It was all about which school made the most effective adjustments, St Michael’s centre Wilhelm de Klerk blitzing Liam Molony backwards in the tackle.

The influential Paddy McCarthy squeezed out a penalty on the floor for Quirke’s penalty to put Blackrock in a strong position, Gus McCarthy powering over from the maul for 11-10 in the 41st minute.

Centre Berman picked off an interception and dribbled a kick for St Michael’s to apply pressure down the left.

They were on the brink when Tom Brigg stole a vital ball at the ruck and full-back Moloney snatched a one-handed pick of Charles Foley’s pass to go the rest of the way for Quirke’s conversion to make it a two-score game in the 49th minute.

Immediately, Berman won a miracle ball at the restart to generate a penalty which Gunne dispatched from the right.

Hugh Cooney brilliantly grabbed the ball from the restart only for Baird to steal a penalty on the floor.

The St Michael’s maul motored again. But, Gus McCarthy showed up in midfield to clutch a penalty at the breakdown.

A fine line by Jackson cut St Michael’s open and scrum-half Coffey was there in support to resist the tackle of Nicholson for the third try, converted by Quirke for 25-13 in the 58th minute.

However, Saints second-row Woods stooped to conquer a ruck and the maul went to work again, Baird at the back to claim his second try, Gunne’s extras making it 25-20 in the 63rd minute.

There followed a period of kick-ball and carrying that culminated with Foley’s long ball slipping from the fingers of Quirke to give St Michael’s a late chance.

The lineout was lost and Gus McCarthy came away with the ball. Their forwards tried to close the game out by keeping it tight.

When that didn’t work, St Michael’s used their maul to mount one last desperate attack which only failed when the ball went forward on the ground to bring the end to a tumultuous match.