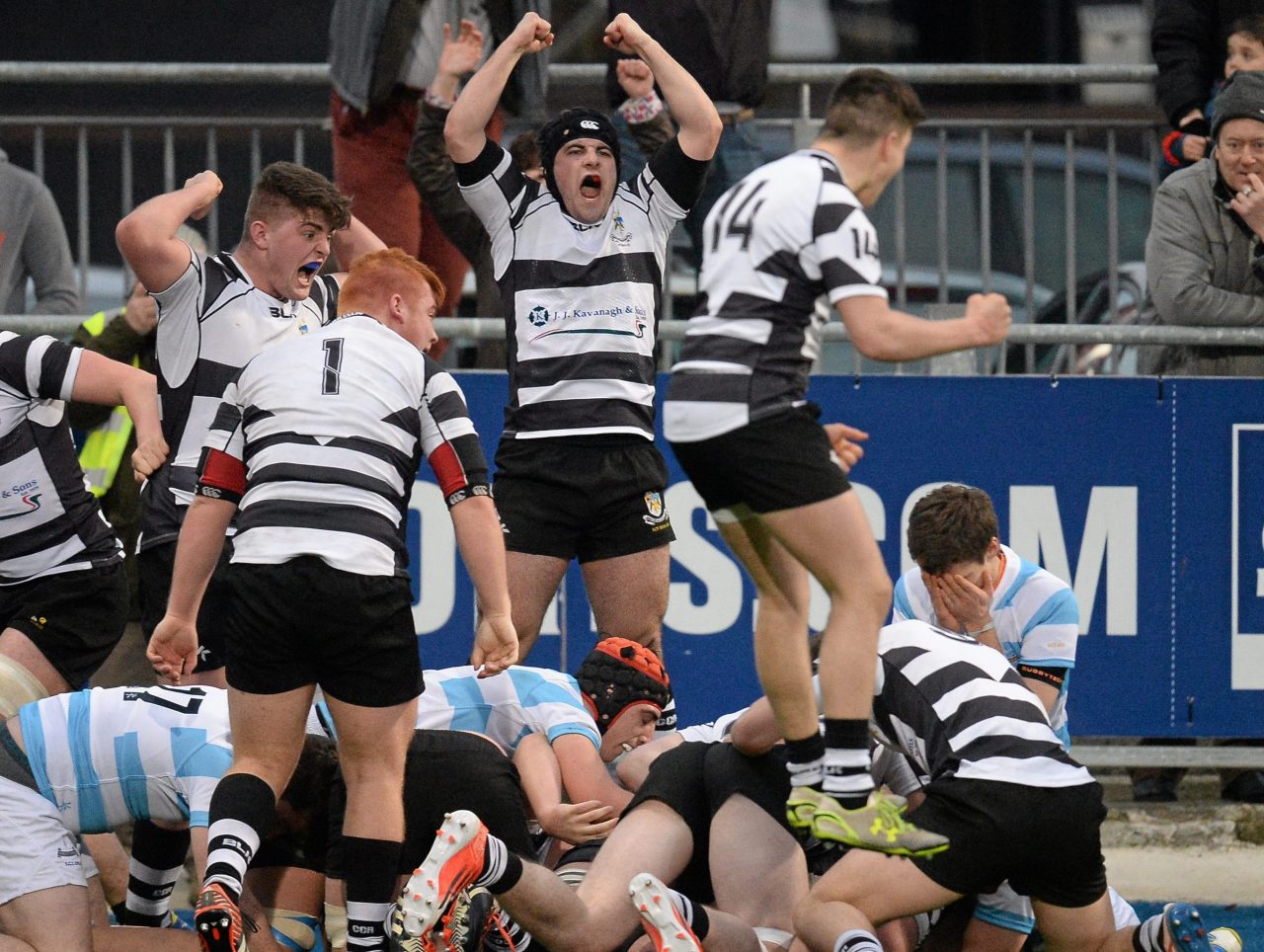 In the second semi-final of the Bank of Ireland Leinster Schools Senior Cup, in association with Beauchamps Solicitors, Cistercian College Roscrea take on Newbridge College.

Peter Swanepoel’s Roscrea have already surpassed all expectations by taking care reigning champions Blackrock – who were seeking their third title in a row – in the quarter-final to register their first ever Senior Cup win over the kingpins.

It was founded on a powerful set of forwards that never strayed too far away from what was working. They had a distinct edge in size and maturity and they made it tell as late as the tenth minute of injury-time.

This is not to say they are without star quality. Number eight Dan Trayers is a transformed player from the second row of two years ago.

Flanker Matty Keane was involved with the Leinster Schools. They have real bulk from props Dylan Murphy and Liam Walsh and ball winners in second rows Fineen Wycherley and Aaron Browne.

Leinster U18 Schools captain Tim Foley, the super competitive Alan Tynan and full-back Tim Carroll have all wore the blue of Leinster in what is a potentially lethal back division that has not quite clicked into gear yet.

The Cistercian College have more than one score to settle with Newbridge as they went out in the first round to them last year 14-3 and went the same way in the Leinster League final 20-19 this season.

It remains to be seen whether this will generate an unbreakable bond not to have it happen again or fester as a psychological obstacle to making it back to the final for the first time since their fall to Clongowes back in 2011.

The Kildare boys will not be short of confidence, bowling over Kilkenny for 50-+ points in the first round and always holding the edge over St Andrew’s in the last eight.

The two time winners in 1941 when they beat Roscrea and 1970 have shown flashes of diamond quality from their quick men based around the clear understanding of pass quality and the exploitation of space by half-backs Colm Doyle and Tim Murphy, centre Jimmy O’Brien, formerly the Ireland Schools fly-half, centre Jake Howlett and wing Colm Stapleton.

They have shown, especially against Kilkenny, that they can pile the points up very quickly on what is certain to be a fast Donnybrook track suited to their particular high tempo game plan looking to move the ball away from Roscrea’s heavier forwards.

The ‘Bridge showed how they can mix their game up with both second rows Brian Larkin, an impressive performer, and Mike Joyce posting the tries that broke St Andrew’s ably assisted by hooker Conor Johnson and number eight Patrick Ryan.

The fact they have already beaten Roscrea in the League final will surely count for something, if not everything, as the minutes roll by in what is another 50-50 contest.

PATHS TO THE SEMI-FINAL

Roscrea beat Wesley 26-0 in first round & beat Blackrock 17-14 in the quarter-final.

Newbridge beat Kilkenny 57-10 in the first round & beat St Andrew’s 13-5 in the quarter-final.

Tickets (available at the gate)