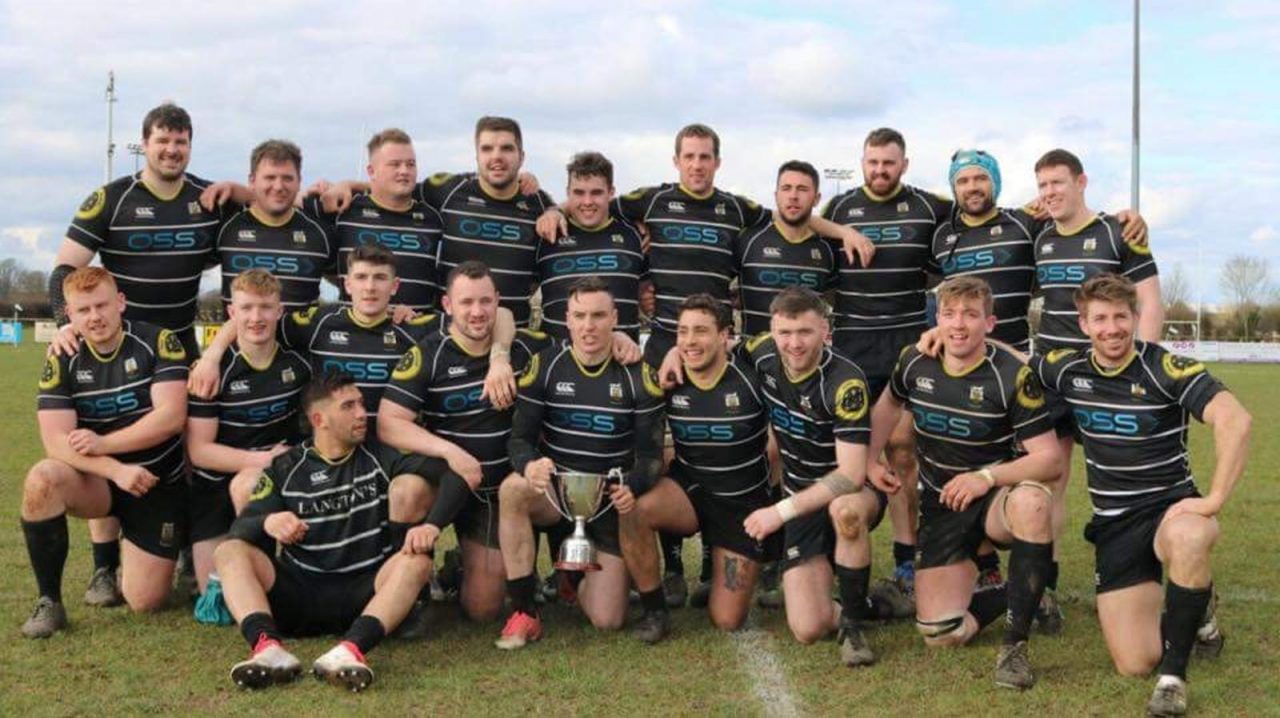 It was 2012 in Stade Chaban Delmas, Bordeaux.

And that was it.

An older gentleman, seated in front of Matthews, shot to his feet, turned and hugged the stranger behind him.

“That’s what I wanted to see,” said the man.

It was then Matthews noticed, inside the man’s jacket, a machine of sorts hooked-up to wires.

“To be honest with you, I’ve only weeks to live and I had to be here to see Leinster win this one.”

It brought home to Matthews the hold the game can have on you.

It’s the morning of Kilkenny’s Leinster Junior League 1A match away to Suttonians. The smartly dressed club President has turned up for a late interview request with a smile as wide as the Grand Canyon.

You see, he just loves this game.

This comes from a sense of belonging to something he has been wedded to, not long after his father made the decision to move from Tubbercurry to the Marble City many moons ago.

The sadness at leaving home in Sligo was soon replaced by muddy mornings spent at Kilkenny rugby club and years at boarding school in Wilson’s Hospital.

Perhaps, it is that feeling of home, or belonging, that made its way inside Matthews’ bones, for he has always been loyal to Kilkenny and emotionally invested in the growth of the club.

And for good reason.

It has given him some of the most memorable days of his life.

“I won more finals over 40 than I ever did before it,” said the one-time winger, sometime flanker and long-time hooker.

“In 2014/2015, we had a lot of fellas who thought they were still handy enough to be playing. I rang up a few more of the old heads and sold them on the craic and a few drinks. There was nobody down the country playing at our level. We entered the bottom rung, Division 11, of the Metro League and hammered everybody in it.

“The brand of rugby wouldn’t have been what they were used to up in the Dublin clubs. They would arrive down and look great in the warm-up with the flashy passing drills. It wasn’t long before you might hear something along the lines of, ‘ah ref, he’s walking all over me.’ They didn’t really enjoy that.

“The next year, we went up into the next division, Division 10, and, same thing again, we wiped that one clean too.

“We were winning. There was a real buzz about the club. Then, we went up into Division 9 and it turned out to be more trouble than it was worth because some of the boys on the Seconds wanted to play with us for the craic, I suppose. We were having too much fun. That’s when we had to scrap it.

“Twenty years ago, we would have had four teams at the adult level. We have two now and we run a third at the end of the season.”

Not content to let Father Time take over completely, Matthews was 46 years young when the band got back together in 2016 to win the Leinster Metro Dunne (Junior 4) Cup with half the team holding birth certificates from before 1976, like Ivor O’Brien, Lee Selmon, Barry Daly, Vinny O’Shea, Ronan Blanchfield, Simon Manuel, Glenn Tector backed up by younger models employed to do most of the running.

“The likes of Ivor, that meant more to him than his two Towns Cup medals from 2001 and 2002 because his family were there to share it and you appreciate something like that a lot more when you’re older.

“It brings you back in time. It is really about your friends, your mates. It’s not about the medals you have won as much as the stories you have to tell from those times.”

The work to keep Kilkenny rugby alive and relevant is ongoing. The lifeblood of any club is the members in it. When it comes to reaching out for new kids, Matthews is deeply aware of the ongoing struggle to compete with an unstoppable machine.

“First of all, it is obviously a big hurling county, so we do struggle with the competition, being so closely located to major clubs Dicksboro, O’Loughlin Gaels, James Stephens and Clara,” he said.

“Having said that, we would have over 300 boys and girls taking part in the minis, ranging from seven years old to 12. There would be around 130 youths in the club from 13 to to 18.

“We do have a drop after that, partly due to the hurling and players travelling to college where they are picked off by bigger clubs.

“There are those who return when they have taken their shot at senior rugby. Sometimes they don’t have the same appetite,” he smiled.

“We are one of those anomalies in that we don’t have a feeder school,” said Matthews.

“People would presume that there is a strong tie to Kilkenny College. It has not worked out that way. You see, it is a boarding school and the majority of the pupils come from somewhere else.”

This article first appeared in the Official Match Programme for Leinster Rugby’s Heineken Champions Cup clash with Benetton Rugby at the RDS Arena on November 16.

Over 40,000 tickets have been sold for Leinster Rugby’s massive Champions Cup clash with Northampton Saints (KO 5.15pm) at Aviva Stadium on 14 December! Get yours now.