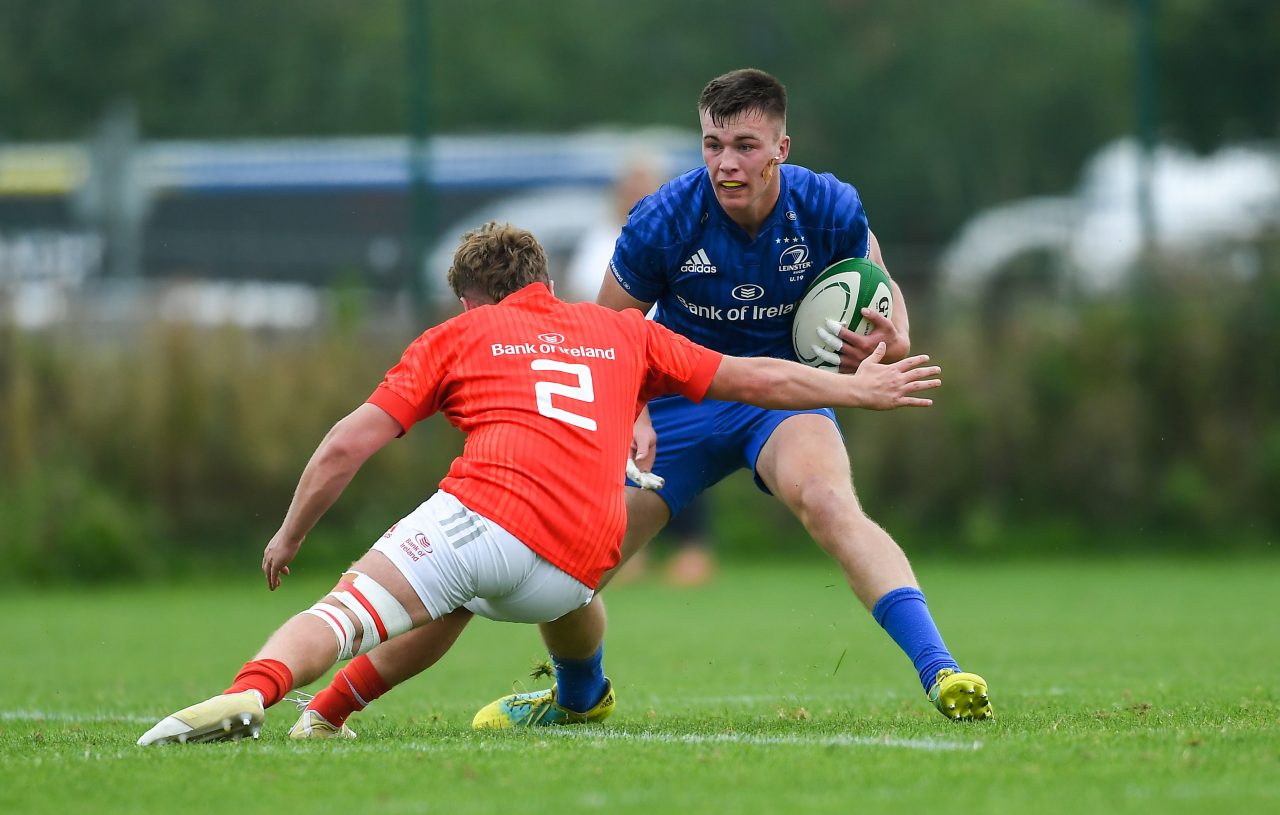 The Leinster U19s completed the Interprovincial clean sweep by taking down Munster with seven tries at Maynooth University on Sunday.

There is a fair sprinkling of talent in this outfit, spearheaded by their goal-kicker Chris Cosgrave, who exacted a maximum return of seven from seven conversions, including his own try.

Leinster set about putting down a marker by going straight to the heart of the problem when it comes to dealing with Munster’s physicality.

The foundation had to be started up front with the forwards and tight-head Sam Illo was the first to crack the Munster defence for the opening try.

It wasn’t too long before hooker Levi Vaughan was charging over for the second.

Cosgrave has alternated between the wing and centre in the Interpros, but his sweet striking from placed-balls is worth the admission fee alone.

This only adds to his wide array of skills which were on show, notching the next try.

Outside centre Simon O’Kelly, who missed the first two matches, made his presence felt with a sharp finish to create a 28-7 advnatage at the break with Aaron Leahy providing Munster’s sole response, converted by Jack Delaney.

The tries kept on coming with left wing Josh O’Connor next on the board followed by flanker Aaron Coleman.

Replacement loose-forward Jack Barry complete the haul of seven as Munster were restricted to a second seven-pointer on the back of Harry O’Riordan’s touchdown.

“It was satisfying to get to the final game of the Series and to put out our best performance,” reacted coach Andy Wood.

“It is a great way for the entire squad to round off the summer of work.”