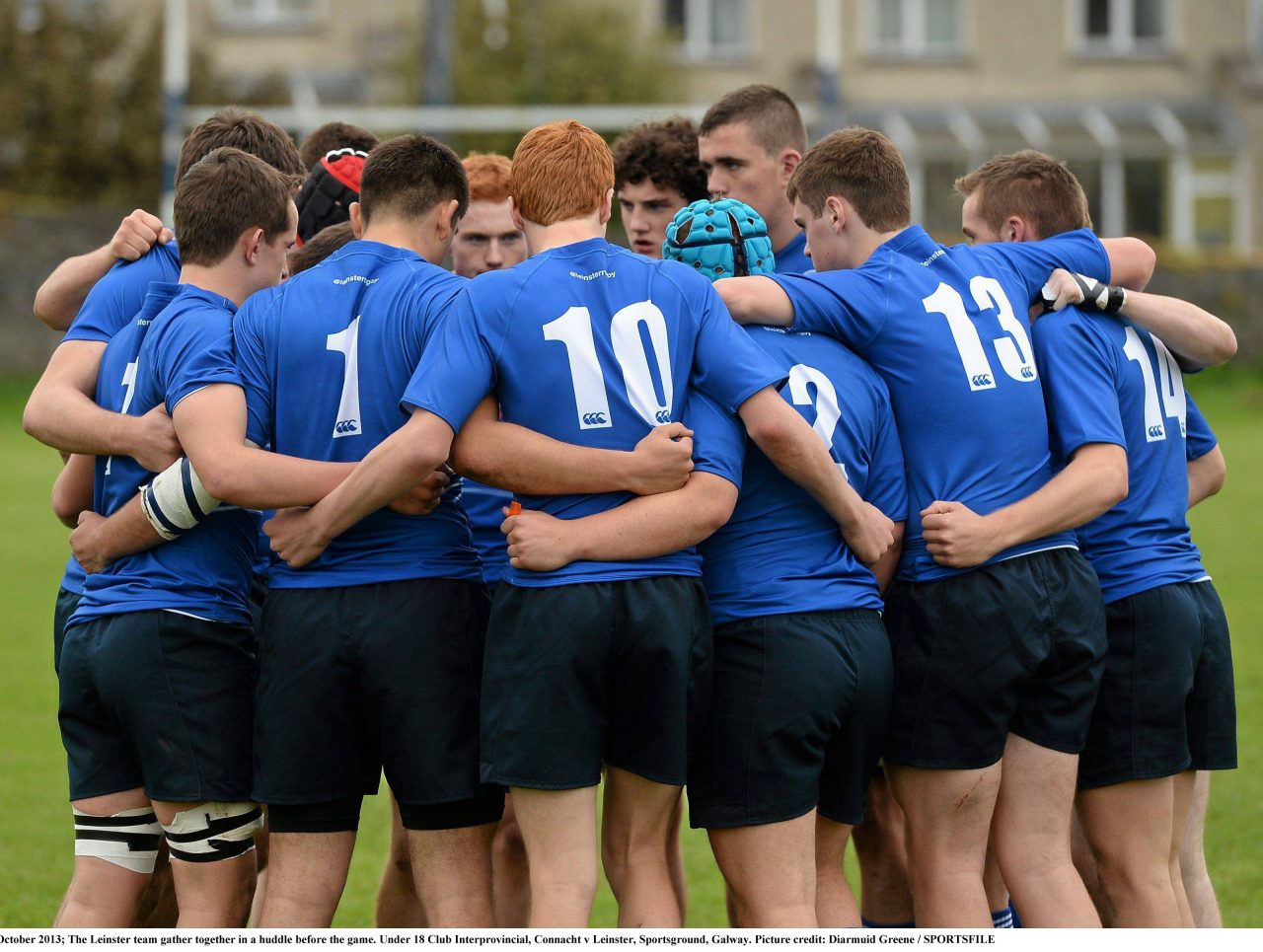 These days, the potential of the Leinster Clubs can be best judged on how they go against the Leinster Schools in what is turning into an internal Interprovincial all of its’ own…

Last month, their coach Dan van Zyl, the former Springbok scrum-half, was given an indication of where his strengths and weaknesses stand when they came up short 28-12 out in Clongowes Wood College.

While the clear and present intention is for Leinster Clubs to make a clean sweep of their rivals, starting out at home to Ulster at Navan RFC on Saturday, there is also the chance to make a case for future honours. Just look at Ireland international Sean O’Brien, Leinster prop Tadhg Furlong, Leinster U20 centre Conor O’Brien and Leinster U19 props Adam Coyle and Vak Abdaladze. This is a shop window.

“There are huge expectations this season. We have ten players back, nine from the starting team. It is the biggest number we have ever had back,” said Pat Keena, the Leinster Team Manager.

“We haven’t fired yet. We hope our bad dress rehearsals will lead to a good opening performance on the day. We’ve had two more warn-up games in the last week, scraping results against two of the schools Belvedere (5-3) and St Michael’s (20-19).

“Yes, we mixed and matched the teams to have a look at different combinations. Still, we have yet to find our true form,” he added.

There is real quality in the shape of second rows in Birr’s Jack Regan, the son of former Offaly All-Ireland winner Daithi, and Enniscorthy’s raw Joe Carley, Wexford tight-head Greg McGrath and the Navan loose forwards Conor Farrell and Conor Hand, both making the cut for the Ireland Clubs last season.

As always, it will all come down to the collective where the forward pack will have to go to the trenches and there is enough beef and belief in the front five to consider Leinster as strong contenders for The Championship.

The decision making of the half-backs, possibly Malahide’s Darragh Sweeney and Skerries’ Ciaran Frawley, could make all the difference with last season’s Ireland Clubs centre Peter Howard, from Cill Dara, and Navan’s rangy full-back Conor Nash their most dangerous weapons.

They will be the hottest of favourites to overcome Ulster, who are something of an unknown quantity under head coach Chris Parker in that they have only played one pre-competition match, losing out to The Exiles 15-6, and one behind-closed-doors run out against Royal School Armagh, both of them played last month.

The Northern Province has under-performed at this level over the last two seasons. Four strong provinces are needed to make this a viable and worthwhile competition and there were signs against The Exiles that they have regrouped this time around.

Leinster will have to find out how Munster compare to Connacht when those two come head-to-head at The Sportsground on the same afternoon in a competition where The Western province can be traditionally strong.
Munster have been able to shape-up through touring matches against Welsh sides Cymoedd and Cowbridge last month before concluding their preparations against the Munster U17 Development team last week.

Like Ulster, they do not have the benefit of too many players with experience from last season’s competition, number eight Robbie Walsh and scavenging openside Angel Johnson probably having the mission of patrolling the fringes with the likely half-backs Liam Coombes and Jordan O’Regan asked to control the tempo of their attack.

This has always been a special target for Connacht and they came within a whisker of taking it away from Leinster, eventually losing out 16-13, in a winner-took-all showdown in Galway last season
There is a solid line of form with Ulster as Connacht went down 15-10 to The Exiles recently with their Buccaneers number eight Matt Burke a standout ball carrier for them along with another hard runner at inside centre in Sligo’s Darragh Cummins and the more silky lines of counter-attacking full-back Ryan Feehily, another Sligo man.

The Leinster Under-18 Club side V Ulster will be played in Navan RFC at 2pm on Saturday 13th of September. The squad in total has a representation of 17 clubs and 10 counties and the following is the side selected for Saturday’s encounter…