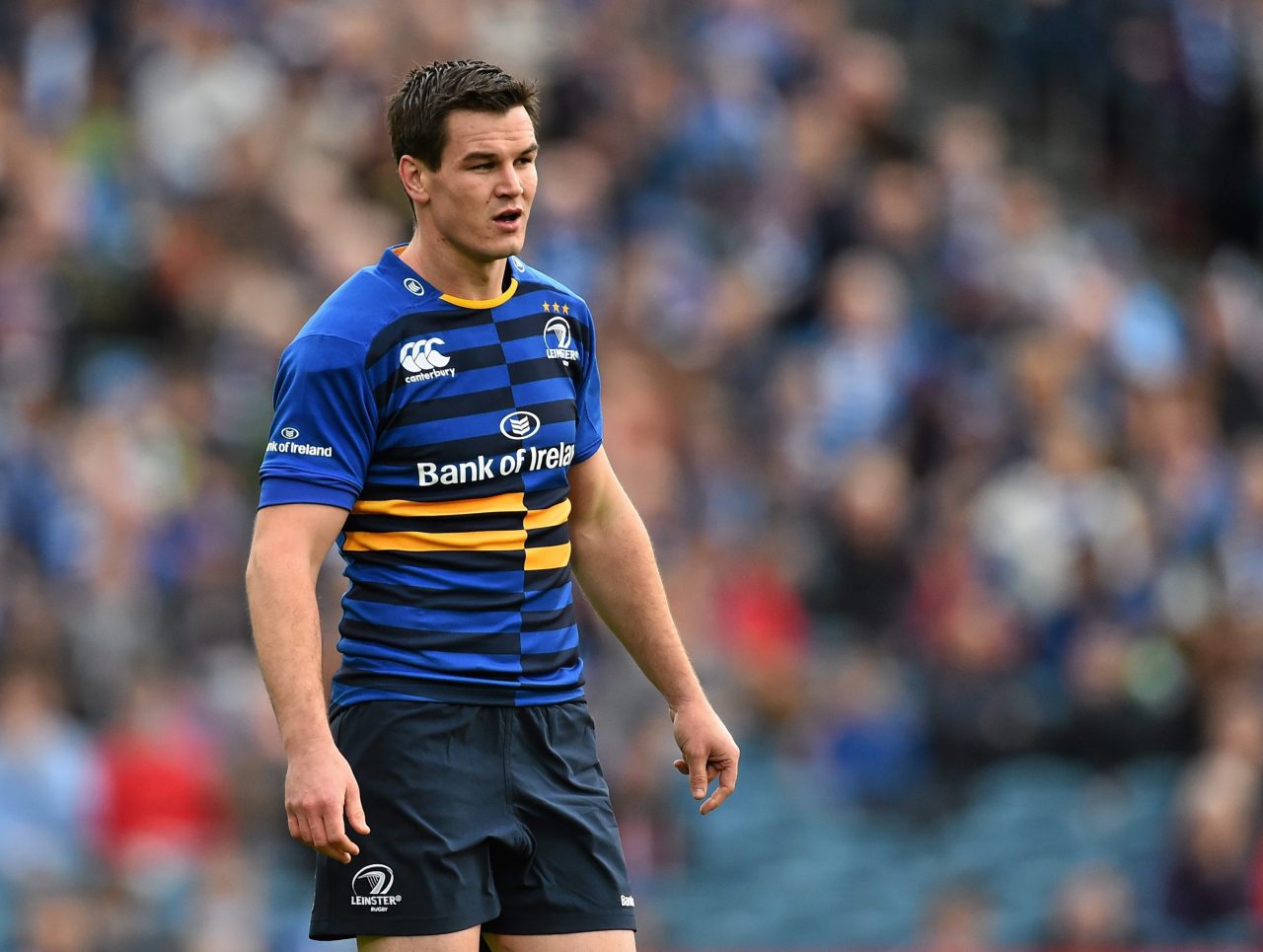 Johnny Sexton spoke in Leinster HQ this week about learning from the Wasps defeat and putting in an improved performance against Bath.

After facing Wasps in the RDS Arena on Sunday, the Leinster squad headed straight into a six-day turnaround ahead of this Saturday’s Champions Cup match against Bath at the Recreation Ground.

And while the focus has shifted to facing last season’s Premiership runners-up, Johnny Sexton says that lessons must be learned from last weekend’s defeat.

“You have to park it in some ways but you have to learn from it as well,” the St Mary’s man said.

“We felt during the game we were quite comfortable at times. We started really well into a very strong breeze. We were staying at six-all, then at 9-6 we still felt happy enough with that scoreline with the wind at our backs in the second half. Then to go in 16-6 down at half-time we felt it was probably against the run of play because they didn’t have much pressure on us.

“Parts of our game weren’t good enough, and then after conceding the second try we had to chase the game and it played into their hands. We made too many errors in that second half especially.”

While errors played their part for Leinster, Sexton acknowledged the performance of Wasps.

“You’ve also got to give them credit. They’ve got some excellent players, guys that can hurt you and they certainly did hurt us. It seems that every time they got anywhere near our 22 they scored points, and they added up.

“We’ve got to look at the game and see where we can go better. A week is a long time in sport, and you’re always judged on your last game. Hopefully we’re in a different place this time next week. We’re going to a tough place against a very good team.”

The defeat to Wasps has put added significance on the game against Bath, but Sexton knows just how important it is for the team to respond after last weekend’s defeat.