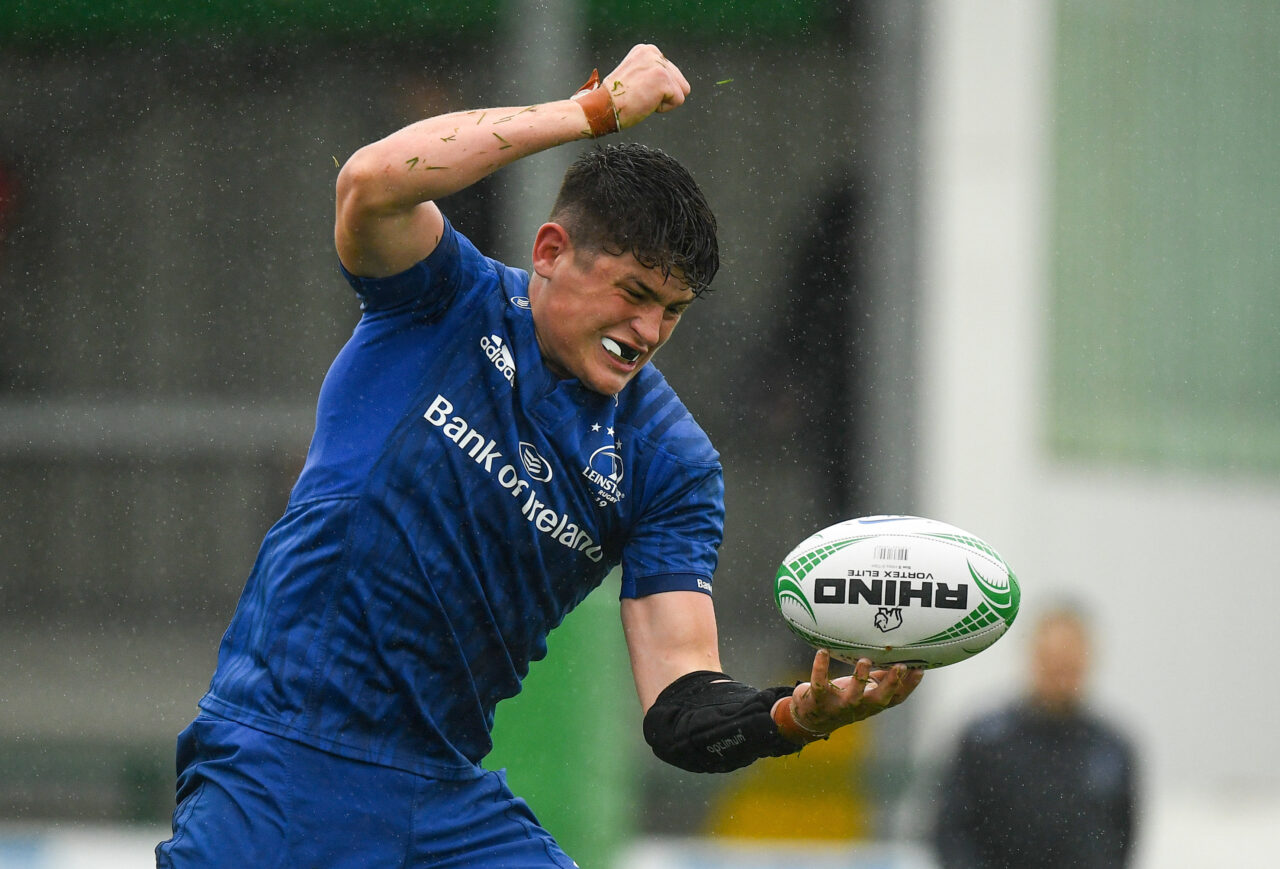 This article first appeared in the Official Matchday Programme for Leinster Rugby’s Guinness PRO14 clash with Connacht Rugby on January 2.

Like many other families across Ireland this December, Christmas was a much quieter affair than usual for the Sorokas.

With the rugby calendar traditionally busy at this time of year, middle child Alex had plenty on his mind outside of Christmas planning to keep him occupied.

As a student of Business and Law in DIT, exams were at the forefront of his thinking, while there’s the duties that come with being a member of the Leinster Rugby Academy to fill the remaining hours of the day.

Soroka wilfully admits that his mother, Tanya, would describe him as not being much help around the house on the day itself but he’ll always make the offer anyway.

That image doesn’t necessarily fit in with the robust, all-action style of play that the No 8 brings to the rugby pitch.

He’s in his first year in the Academy, the latest step in a sporting journey that has also taken in stops such as Bective Rangers and Belvedere College, largely following in the footsteps of older brother, Ivan, once of Connacht.

“Then my brother was going into Belvedere College, my parents didn’t really know anything about schools and stuff but they heard from one of their mates about the link to rugby in Belvedere.

“So, they wanted to give Ivan a bit of a head start and signed him up for Bective. I came a week later and we just kind of fell in love with it from there. We still played football but when it came time to make a choice between the two, we both picked rugby and decided to focus in on that.”

As a six-year-old, the younger Soroka happened to catch a Belvedere College cup match at Donnybrook Stadium (now Energia Park) home and that was it, he was hooked.

In the time since he’s been an ever-present for the school both on the pitch and in the stands.

“When I first came down to Bective, we saw a Belvedere cup game and I fell in love with it straight away.

“From the age of six up as far as 18, I think I only missed like two cup games, I went to every single other one. I became a bit obsessed with it.” 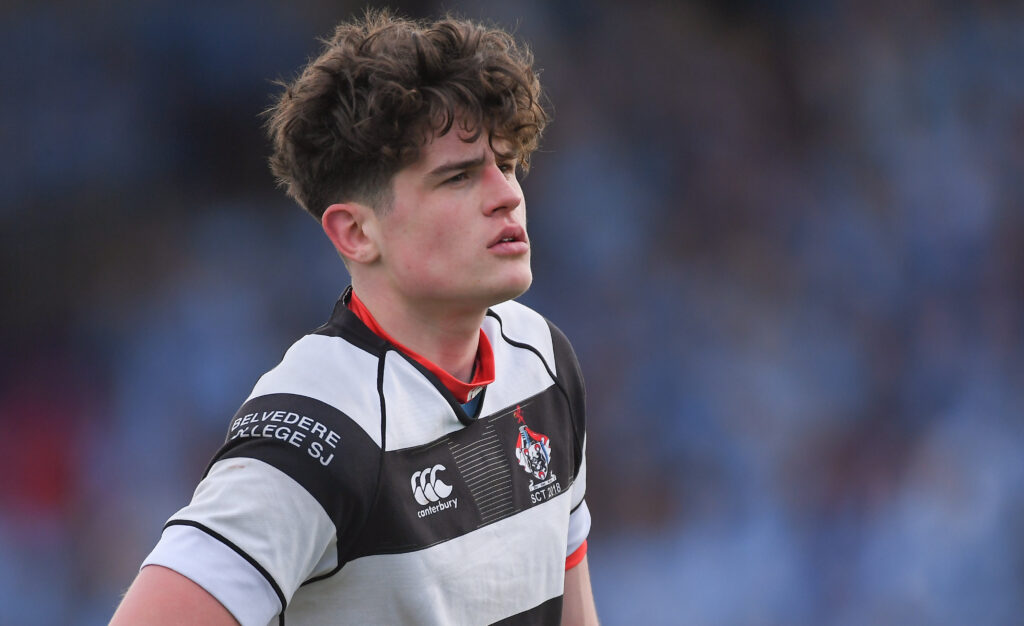 And so, the precedent was set that he would follow in the footsteps of his brother, the next step from Bective would be to the Great Denmark Street school with ambitions of pulling on the black-and-white hooped jersey in the Bank of Ireland Leinster Schools Senior Cup.

As a player, he credits the set-up in the school with developing him to a level that enabled him to earn his spot in the Leinster Rugby system but there’s a hint of regret and ‘what if’ about his playing days there, particularly at Senior level.

Having watched the Brian Egan and Max Kearney-led teams of 2016 and 2017 claim back-to-back titles, the desire to emulate that only grew stronger within Soroka when he came into the fold in 2018.

Fellow Academy member David Hawkshaw captained the team to the final that year while the likes of Liam Turner, Tom Clarkson and Seán O’Brien lined out for Blackrock College in the other corner.

Unfortunately for Soroka, his season didn’t last that long.

“Both years (2018 and 2019) still kind of bug me. When 2018 came, and I was in fifth year, I got my chance to go at it. We lost in the final but I got injured in the quarter-final so a bit of me was always wishing I had got to play and try and make a difference.

“In sixth year then, it was just a weird year. We still got to the semis and lost by a point, it was pretty tough to take and you still think about it.

“You obviously can’t go back. It was my toughest experience in rugby so far.”

That 16-15 semi-final defeat to St Michael’s College in March 2019 would mark the end of his rugby-playing days with Belvedere but the connection still exists.

And the coaching staff in the school are people that Soroka regularly keeps in contact with as he progresses through the ranks of the professional game.

“I got very, very lucky, especially with my coaches in first year,” he says.

“Phil Werahiko played a big part in my development, unbelievable coach and really good outside of rugby as well, life skills and stuff.

“Conor Wynne-Walsh was my S&C coach in fifth and sixth year, he still gives me advice and help if I need it. He’s in the sub-Academy so I still talk to him.

“If I ever need an extra session or extra prep, he’ll have no bother doing it. I remember when we were done with the cup, he didn’t have to be in school. I was getting ready for 18s Six Nations and he was coming in every day coaching me. I’m very grateful for him, Phil and a few others like John Broderick.” 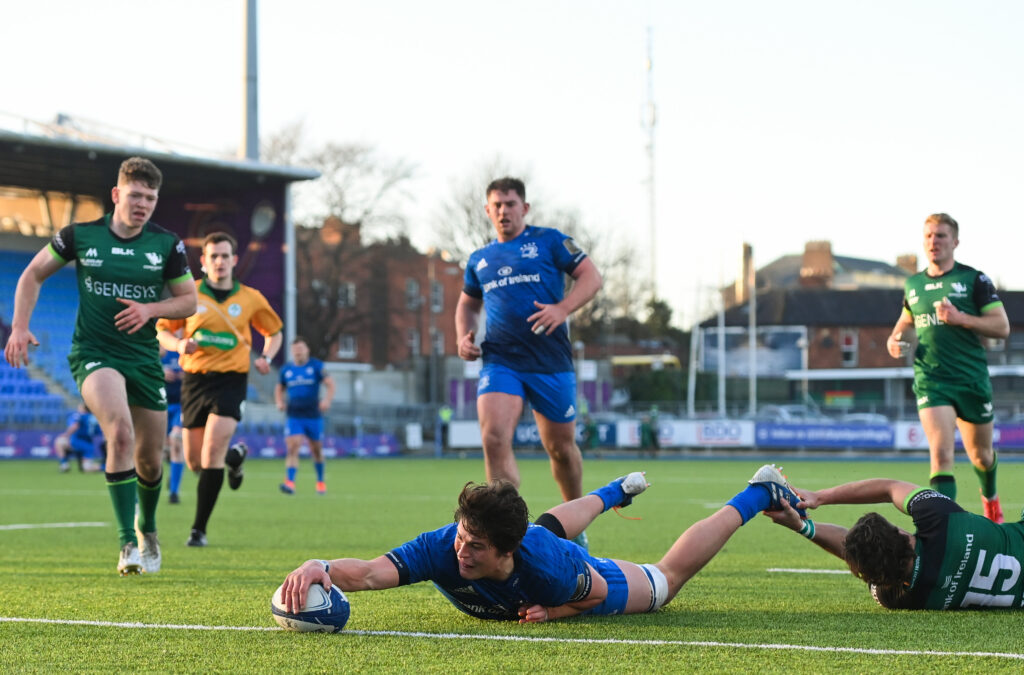 In the year of negatives, disappointment and, at times, reflection that 2020 was for the world at large, Soroka is lucky to have that support system throughout this first year in the Academy, battling with protocols, schedules and systems that are new not only to him but to the coaches and staff of Leinster Rugby.

Limited game time without the Energia All-Ireland League and without the Celtic Cup left Soroka from February until December without playing a game.

How does a player fill that void? Work harder.

“From talking to Noel (McNamara) and Denis (Leamy), they just tell us that it is what it is,” he states.

“There’s no point complaining about it. We just have to treat those big training days, those ‘Stuesdays’, treat them more like a match.

“Noel was saying that those Tuesdays become your matchdays if you’re not playing. You get yourself really involved in training and show the coaches what you’re about.

“There’s not always going to be opportunities but there will always be excuses. At the end of the day, Leinster are one of the best clubs in the world and to be able to train there every day, there’s multiple Lions in there and so many Irish internationals, to get a chance to learn off of them is priceless.”

Prior to running out for Leinster ‘A’ in the two December interprovincials against Connacht and Munster, his last appearance came for Ireland U-20s against England in the Six Nations as they put their third win in-a-row together.

Seeking a second consecutive Grand Slam, there was a sense of frustration for Soroka and Ireland when tournament organisers announced that the competition would go unfinished. 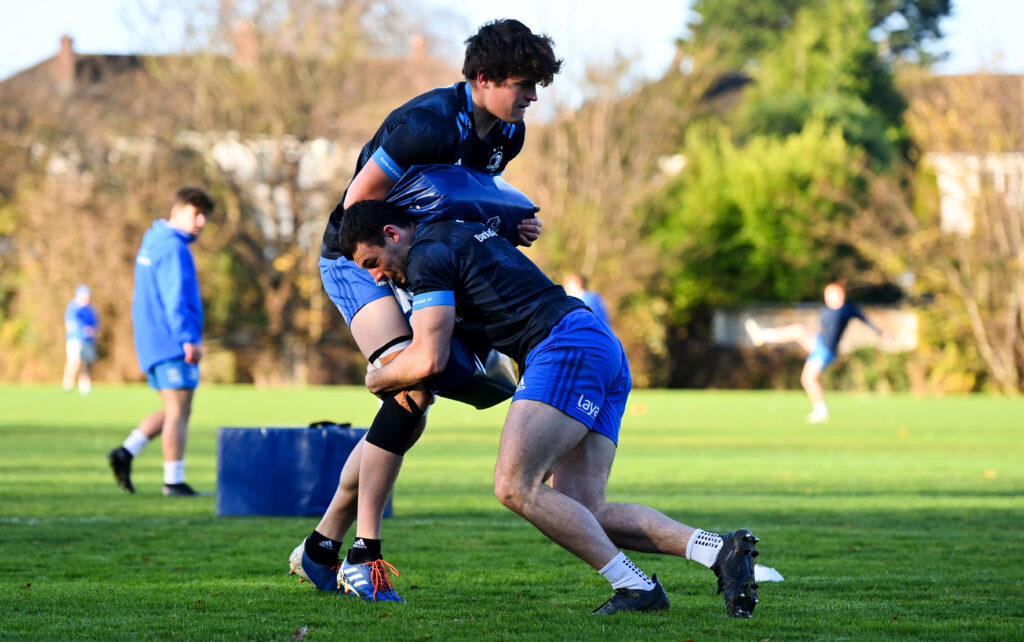 Born in Ireland to Ukrainian parents, Soroka has gone on to represent his country at various levels and admits that the novelty of pulling on the green jersey will never wear off on him.

“I was born here but my parents moved from there in, I think, ’98. They moved to London and stayed there for a couple of years and when my mum was pregnant with me, they moved to Dublin but then went down to Cork.

“So, I was born in Cork and lived there for a few years. I have to be honest, I supported Munster growing up – whisper that one,” he laughs.

“It’s a really special feeling playing for your country. You can’t really replace it.

“You get very close with the lads and then to get the chance to pull on the green jersey with them is pretty special.

“I was really, really looking forward to the last two, especially the one against France. Particularly after watching the England game, their game in France was packed out, a huge stadium.

“Thankfully I have it again this year so I can’t really complain, it’s worse for some of the other lads who won’t have a chance again.”

It’s one of a number of goals he has set out for the coming year. With another international window around the corner, he’s hoping to be involved with the U-20 side again.

Soroka is aiming high. With the talent among the Ireland squad, he reckons they have enough about them to trouble some of the much-heralded southern hemisphere teams to back up their form in the Six Nations since 2019.

“I’m just going to take things one week at a time, I’d love to win an U-20 Six Nations and then try and win the World Cup as well.

“Trying to get a bit of silverware with the 20s, it’s something I’ve always wanted to do and if I’m back in UCD, not in camp, everyone will say this, but try and win a cap for Leinster.

“Those three things would be my plans.”