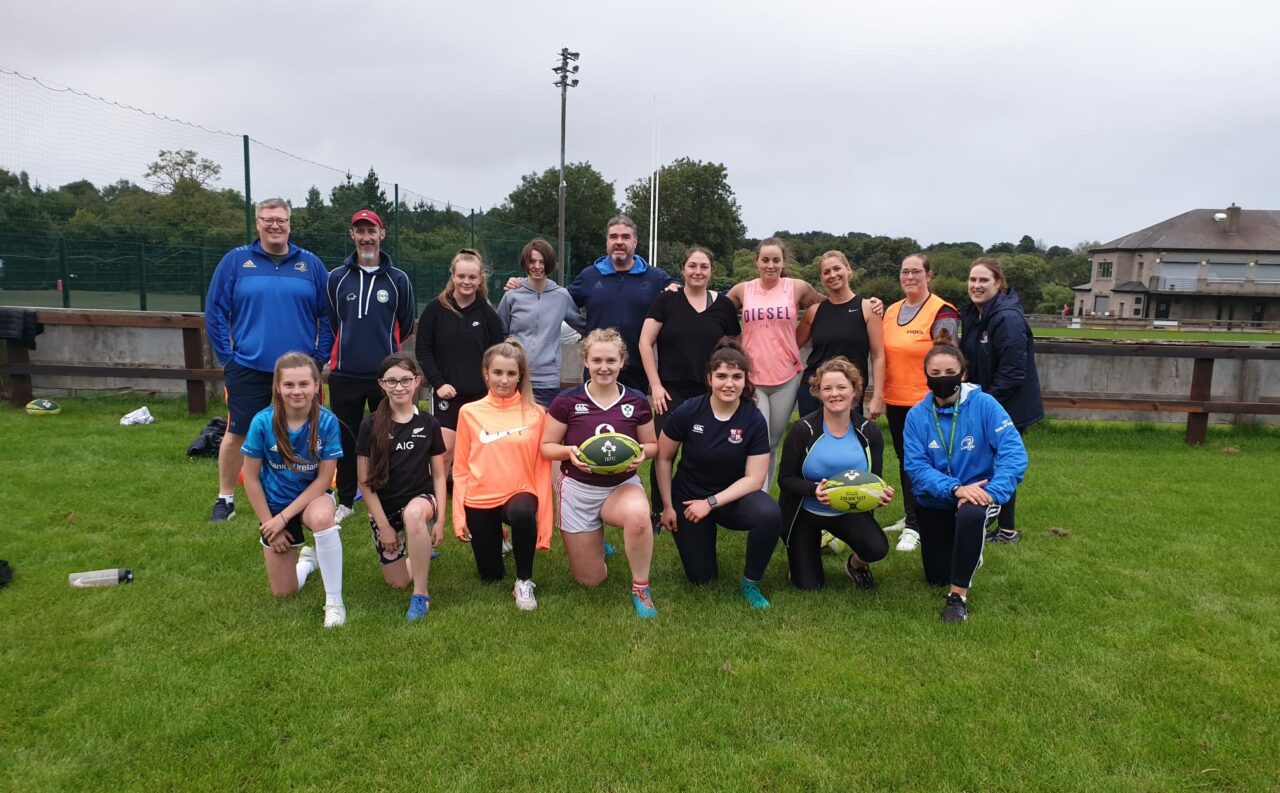 Following a successful summer for Leinster Rugby’s Community Rugby Department, we now have a new group of women involved in our game.

We’ve been working on plans to get ‘mums’ (or any adult women!) involved in rugby clubs for over a year now, and finally got to pilot our new ‘Tag4Everymum’ programme over the last six weeks.

This inaugural programme was designed to encourage female parents of girls taking up rugby to come and get involved – initially by learning to play Tag rugby on a pitch next to their girls – with the overarching aim being to help them to meet other parents, club coaches and volunteers and to get involved in their daughter’s new team in future.

There are so many voluntary roles for women to fill in rugby clubs, coaching, managing, organising social, financial or logistical plans to name just a few.

The ‘Tag4Everymum’ programme was piloted across six Leinster clubs who were also running the IRFU’s girls ‘Give It A Try’ programme at the same time. 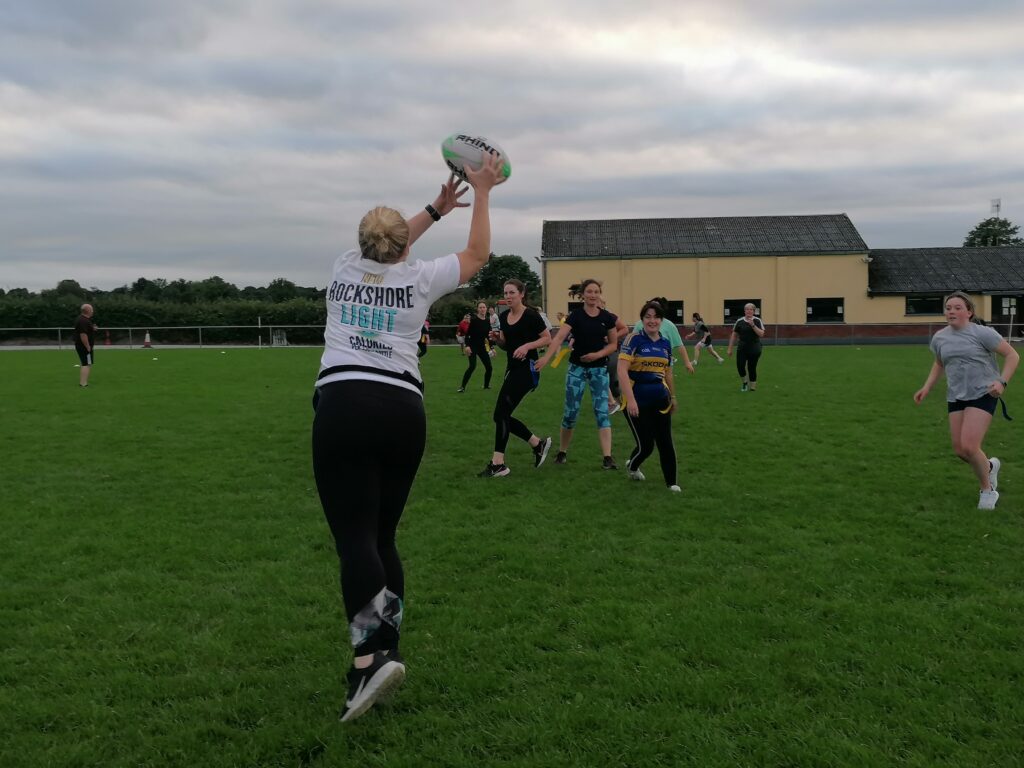 Both programmes are aimed at increasing participation in rugby for females with GIAT being aimed at girls of school-going age, and Tag4Everymum targeting women over 18, so between the two programmes we can welcome any female player of any age into a rugby club.

Of the six clubs – Ashbourne, Blackrock College, Clane, Clontarf, Coolmine and Roscrea – who ran the Tag4Everymum programme, Roscrea Rugby Club has been undoubtedly one of the most successful.

Ciara Maher, the co-ordinator of both programmes in Roscrea said, “Roscrea RFC took part in the Tag4Everymum six-week programme this summer in association with Leinster Rugby. We promoted Tag4Everymum as much as we could on social media and talked to women in our area to see was there much interest. Luckily for us there was!

“We’ve had an overwhelming response to women’s tag rugby in the club over the duration of the programme and when the six weeks were up the women were enjoying the tag rugby so much that they wanted to continue training and meet up to play some matches against the other clubs running the programme.

“We now have a total of 36 unbelievable women of all ages turning up to training on a Monday night. We just have so much fun, new friendships have been made and the level of skill and willingness to learn the game is something special to see.

“One woman pointed out to me that it ‘was a brilliant idea because it was for women only’. It’s something for mothers to be involved in that was just for them. Her son who plays rugby was giving her tips on how to pass the ball before her first training session.” 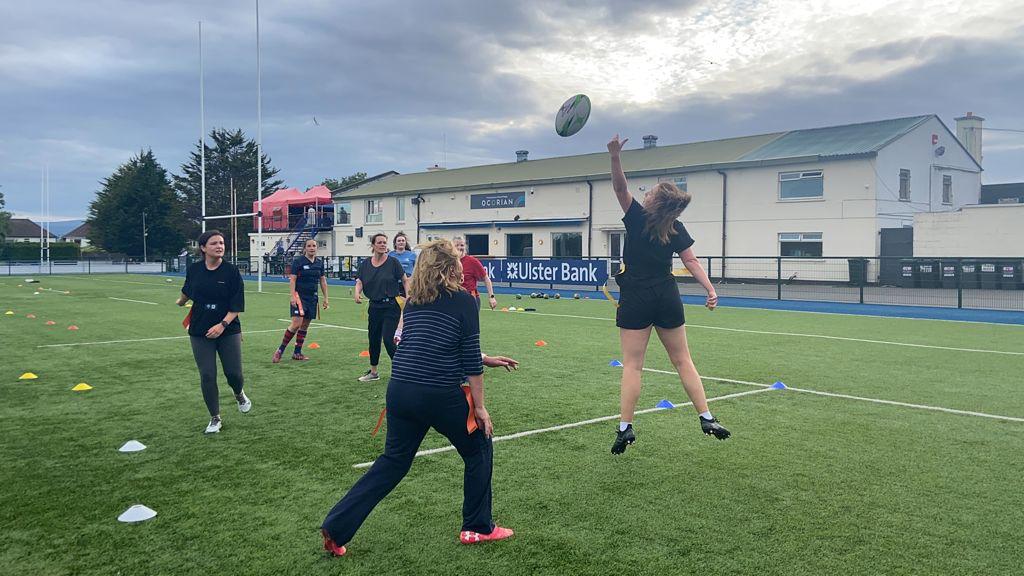 Ciara went on to add, “The programme was designed to encourage women to get involved in the club and in Roscrea several of the new women playing tag are also coming on board to coach our mini girls which is a fantastic result for us”, and finished by saying, “Tag4Everymum has been hugely successful for us and hopefully all clubs get a chance to try it next summer.

“We thought we would get a few players, but to have 36 women of all ages out playing tag rugby and looking for training to continue has been the highlight for me.  It is something we could have never imagined! Every week we have new women joining in and really enjoying the game and in the end the only challenge we faced was not having enough tag belts! It just goes to show that women can and want to play rugby. I would encourage all clubs to get involved. All clubs should talk to the mothers of the girls you have playing rugby or any women you know as it’s a brilliant way of getting more women on the pitch and into your club.”

For more information and to register your interest in running a Tag4Everymum Programme please contact your women’s Development Officer using the details below: