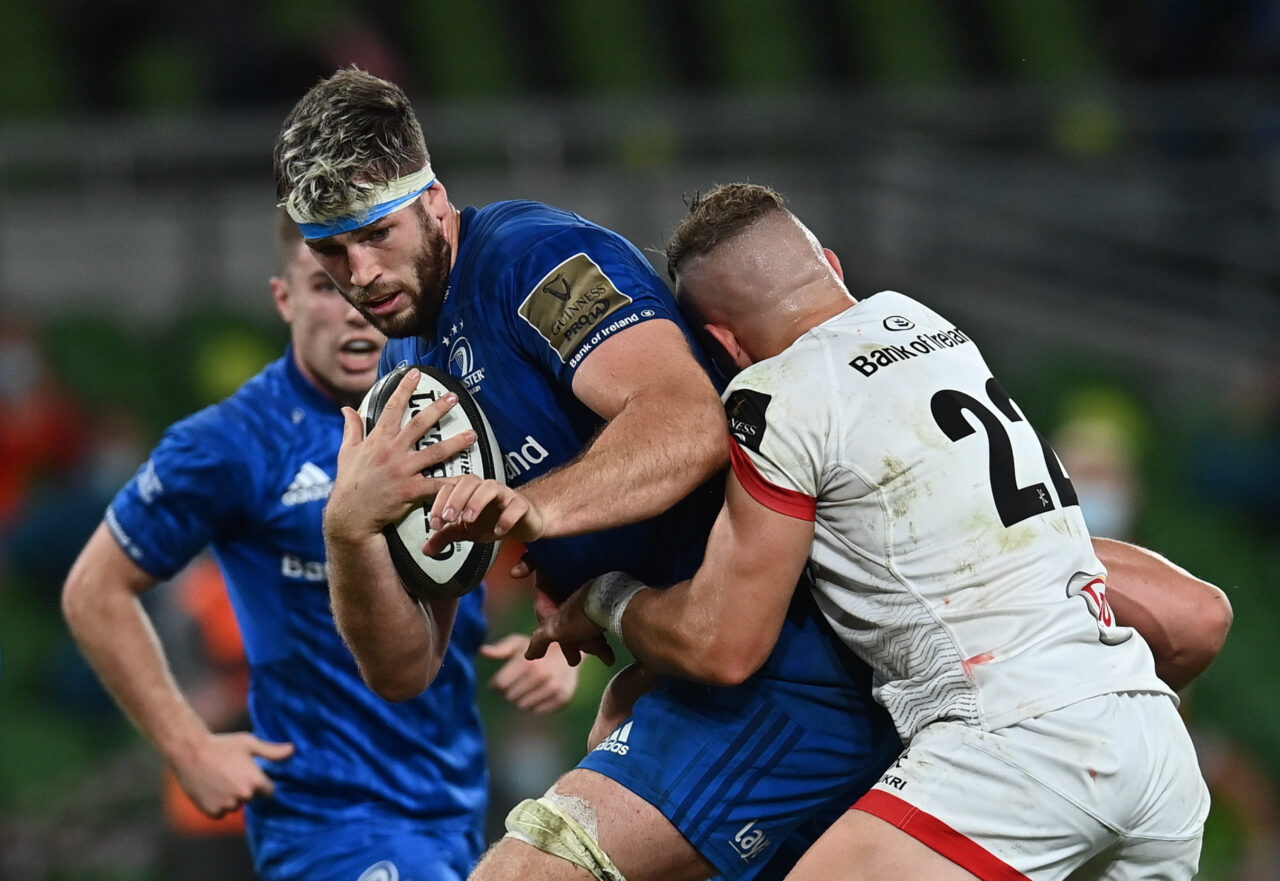 The nominees for the 2020 Irish Rugby Players Awards were announced today with six Leinster players nominated across four categories.

In the Players’ Player of the Year award, both Garry Ringrose and James Lowe are nominated alongside Munster’s Andrew Conway and Ulster’s John Cooney.

Caelan Doris, who was on hand to announce the nominees alongside Louise Galvin, is among the potential winners of the Nevin Spence Young Player of the Year Award. He is joined in that shortlist by teammate Ryan Baird and Munster full-back and former Ireland Sevens player Shane Daly.

In the Women’s XVs Player of the Year category, Leinster and Ireland prop Linda Djougang is nominated alongside international teammates Edel McMahon and Cliodhna Moloney.

The influence of Irish rugby players on society has never been more keenly felt than throughout the past year. Many have made significant contributions, especially in highlighting the needs of charities at the height of the Covid-19 pandemic.

The Contribution to Society Award recognises those who have gone above and beyond the call of duty to bring about impactful change. Leinster’s Andrew Porter has been shortlisted in this category alongside Ultan Dillane and Billy Holland.

Women’s Sevens Player of the Year 2020