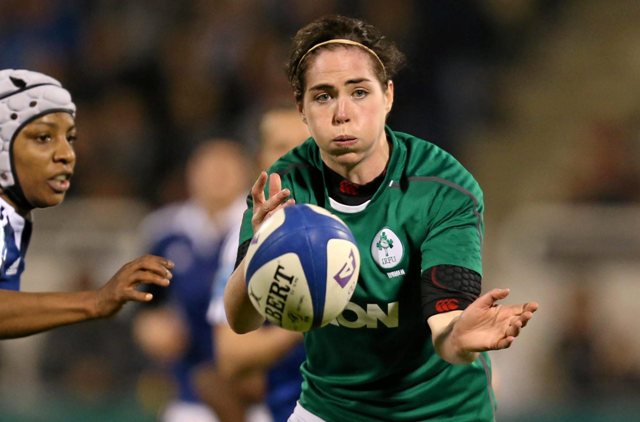 The Ireland team to play the United States of America in the opening Pool B game in the IRB Women’s Rugby World Cup has been named.

Head coach, Philip Doyle, has named an experienced side. An impressive fourteen out of the starting fifteen have a grand slam medal.

In the centre, Lynne Cantwell is partnered by Grace Davitt with Leinster’s Nora Stapleton and Tania Rosser taking the half back positions.

Niamh Briggs is named at full back with Ashleigh Baxter and Alison Miller completing the back three combination.

Captain, Fiona Coghlan is joined in the front row by Ailis Egan and Gillian Bourke. Marie Louise Reilly is joined by Sophie Spence in the second row with Siobhan Flemming and Claire Molloy joining Heather O’Brien in the back row.

Speaking of his selection, Doyle said “The team selection was a difficult one, we are in a very lucky position of having a strong squad to pick from.”

“The atmosphere has been building up in camp all week and it’s time to go, the players can’t wait to get out on the pitch and get the campaign started.”

This game will be televised live on TG4.