Skerries U15’s were given a trip to remember… 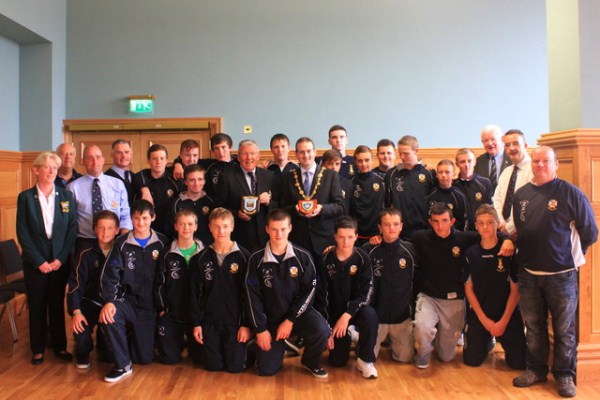 Their weekend started off with a civic reception with the lord Mayor of Derry, along with Moss Deneen and the vice president of City of Derry rugby club. Moss talked about the friendship and history between the two clubs and after the hospitality that we received I’m sure it will continue for a long time to come.

When the reception was finished the team was brought to an interactive museum explaining the history of Derry from the beginning to now, and a tour guide of the walls of Derry. We all returned to the Mc Gee University, where City of Derry RFC provided us with accommodation.

On Saturday morning Skerries played 3 matches against teams from the three other provinces. The first match was against UL bohemians from Limerick the second match was with City of Derry and the last match was with Crag’s from Roscommon. All matches were played in the good spirit that was shown from the moment of their arrival, players swapping jerseys and arranging return matches, new friendships were made.