Skerries under 9’s took on Dundalk… 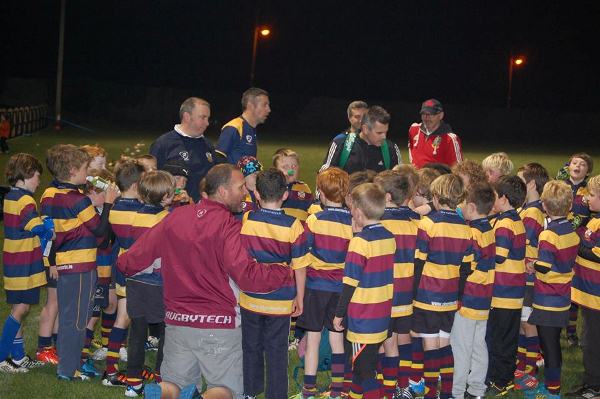 Over 40 under 9 goats made their debut under the fantastic floodlights of Holmpatrick. There was fantastic support from mothers, fathers, brothers, sisters, aunts, uncles, grandparents and even teachers on a lovely still evening.

There was a rousing cheer from the crowd when the four Skerries teams made their entrance from the dressing room, which was the highlight of the night for many of the players involved.

The four Skerries teams played three Dundalk teams and all matches were well and fairly contested with plenty of physicality. There was great support and encouragement throughout and the team finished with singing Irelands Call.

Well done to all the players again tonight who tried their very hardest and most importantly had lots fun.