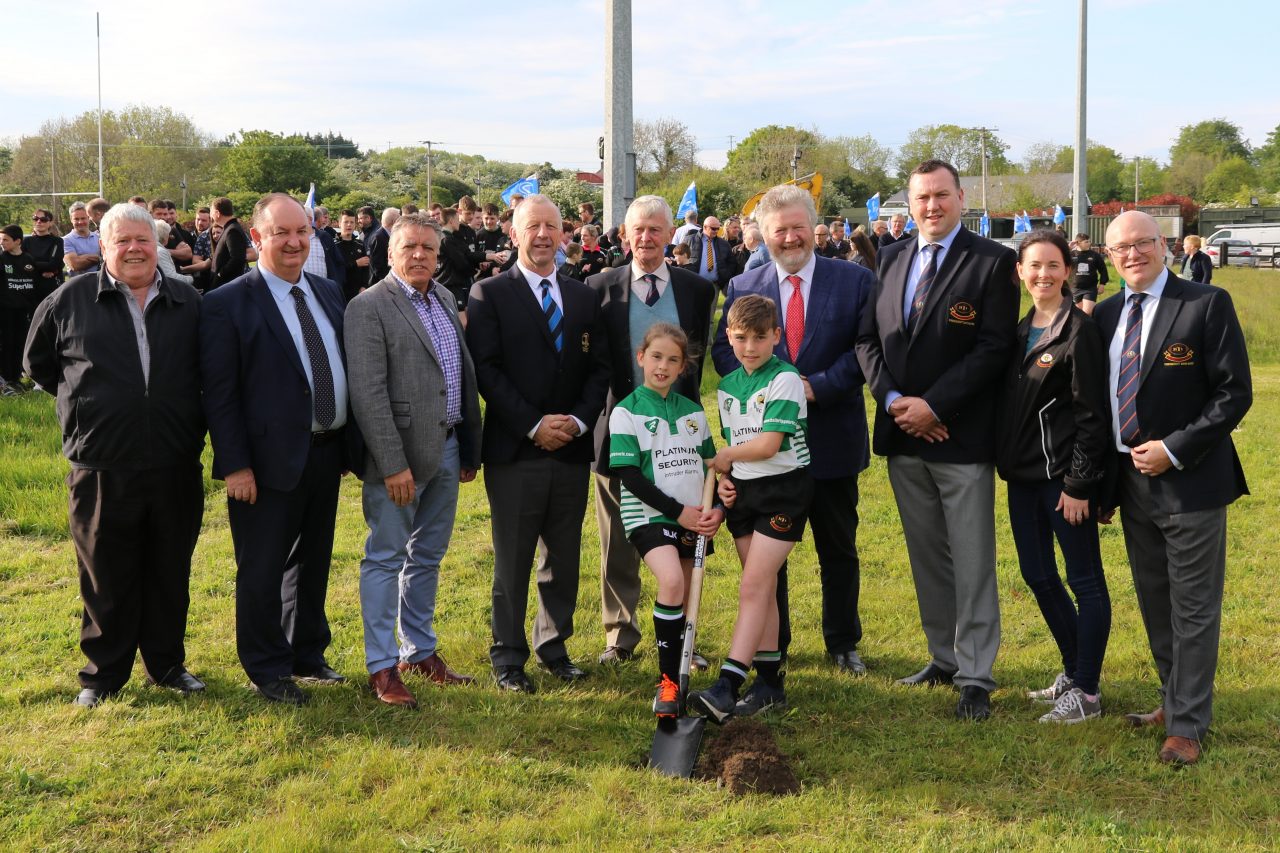 Friday, May 17, 2019 was an historic day at Balbriggan RFC as the sod was turned for its new clubhouse. This exciting project will see the delivery of a much-awaited clubhouse on the 24 acre site that is the club’s home.

Two youths from the club, Daniel Cumisky and Tara Hickey had the honour of turning the sod. Daniel is the fourth generation of Cumisky to have played with Balbriggan RFC.

Daniel’s great-grandfather Willie Cumisky was one of the founding members of the club in 1925. In a fitting tribute to that link to the past, Daniel wore his great-grandfather’s Towns Cup medal from 1928 on his jersey.

Tara is a team-mate of Daniel. The land where Balbriggan RFC is located, was in her family for many generations. Two players with a link to the club’s past, its present day, and who also represent this growing club’s future. 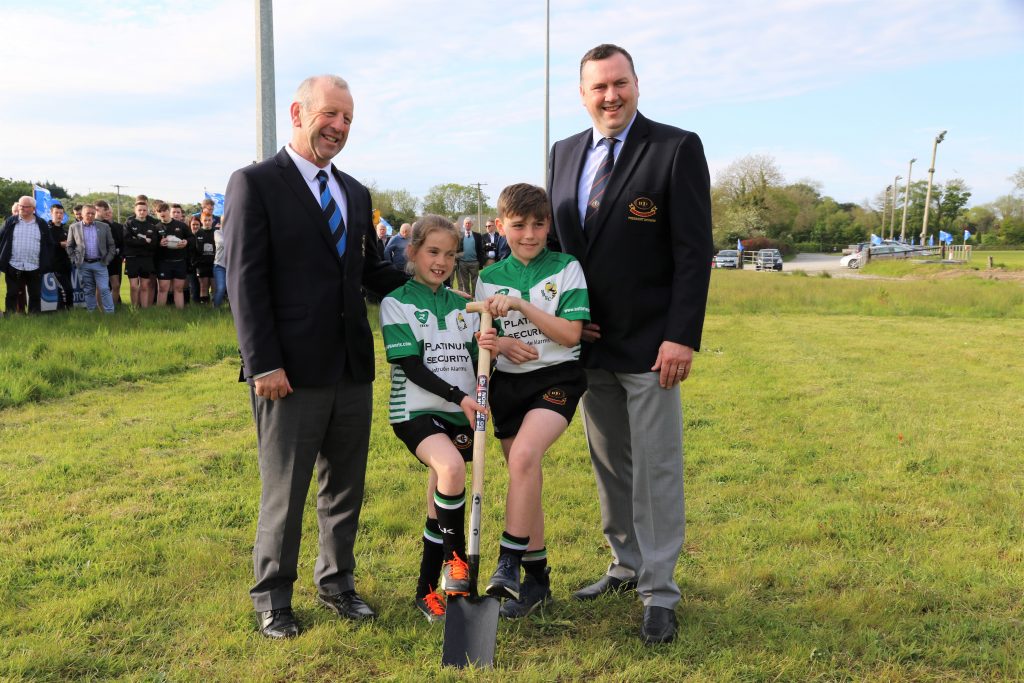 There was a great crowd in attendance at the ceremony. All at Balbriggan RFC were very grateful to Lorcan Balfe, President of Leinster Rugby for taking time out from his busy schedule to attend.

Trevor Merrey, the Honorary Junior Secretary of Leinster Rugby and Jack Kenny, Chairman of the North East Area Leinster Branch were also in attendance, as were representatives from a number of neighbouring clubs.

Also to be acknowledged are the Balbriggan club members, both past and present who turned out in great numbers to witness this great occasion.

The club is also in the process of developing a fourth and fifth pitch, to add to the three all-weather grass pitches already in place. This will ensure that the needs of this growing club are met, and also the needs of the wider community.

Balbriggan is the youngest town in Ireland and also one of the most diverse. The sod turning marks the dawn of a new era for the club. The future is bright at Balbriggan RFC.