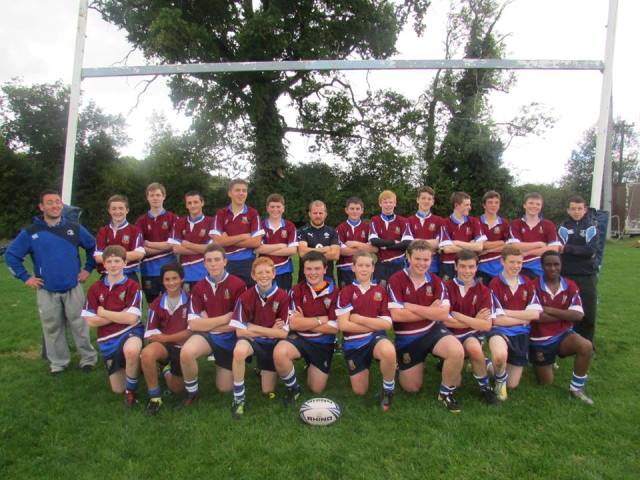 The past week saw their junior team and senior team record victories in the cup. The junior team played against a very spirited and willing Holy Family Rathcoole team were they won 36-7. It was a very open game with both teams looking to play open running rugby, which was a joy to see considering some of the recent weather.

In the end a slightly more experienced Salesian team came out on top in a very entertaining match, Rathcoole will certainly be a team that will improve for every game they play though and will offer stiff resistance to any team they come up against.

On Thursday the 13th it was Salesian College senior side’s turn to try and match their junior counterpart’s success in a hotly competitive game against last year’s runner up in the competition Tallaght Community School. In what would have been a worthy final Salesians came out on top 21-12.

After trailing at the break Salesians came out and played a brand of rugby which was a joy to behold, moving the ball wide and keeping the game flowing with some great off loading. This was enough for them to score 3 tries in the second period and all of which were converted.

Coaches Eoin O’Sullivan and NUIM Barnhall CCRO Gareth Murray are now hoping to move to the next stages of the competition, and hope to be part of the final in Tallaght stadium.