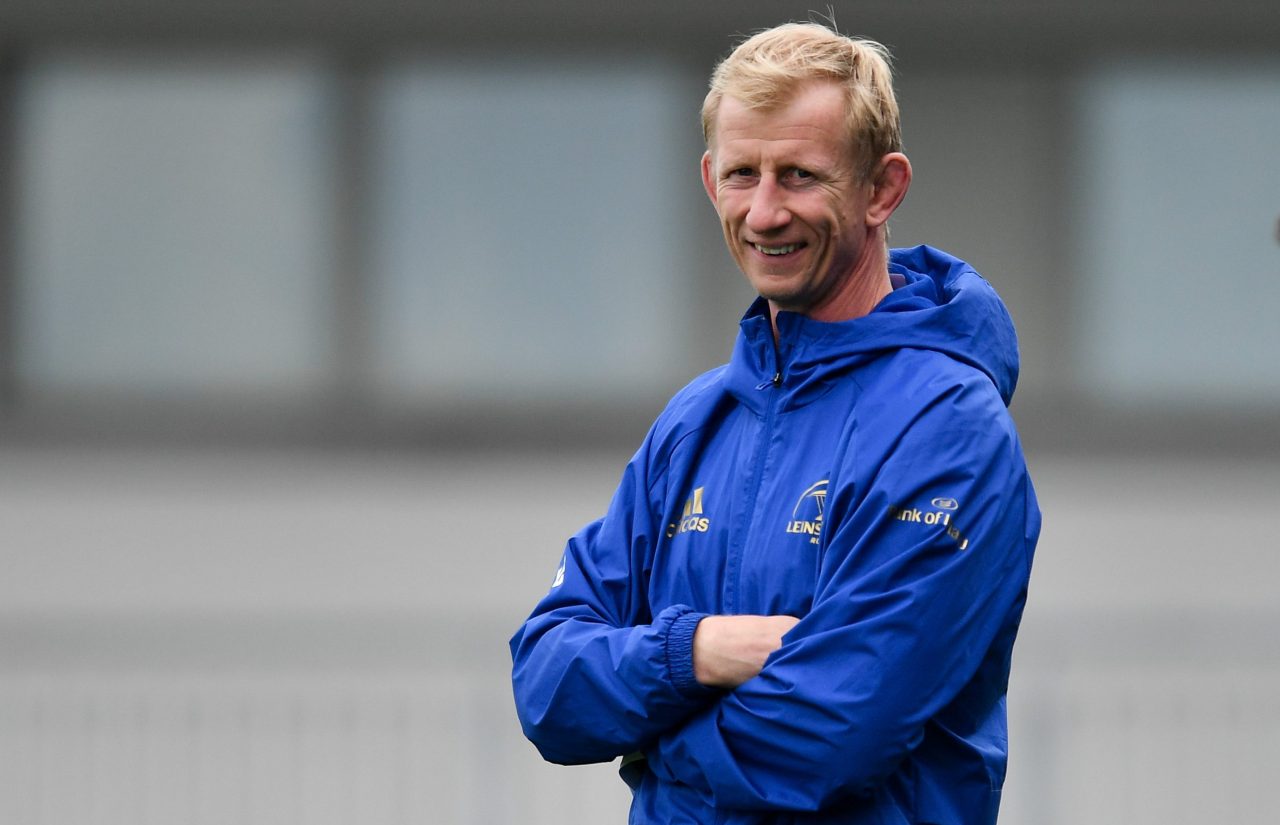 Leo Cullen spoke about his delight at Leinster Rugby’s bonus point win over the Southern Kings after the game in Port Elizabeth on Sunday afternoon, though felt his side’s performance was a ‘mixed bag’.

The win means Leinster lead Guinness PRO14 Conference B by nine points going into the international break. Ulster are second on 25 points, while Scarlets are in third on 24.

“We’re delighted to get the win,” Cullen told the media at Madibaz Stadium.

“We know the Kings have been going well. They had a big win against Glasgow and were very unlucky last week against Scarlets to lose at the end. We’re very pleased.

“Parts of our performance were a little bit mixed. We struggled to control the ball in the first half but then we got a little bit of dominance in the scrum and we got some good rewards off the back of that.

“The three tries just before half-time was probably the winning of the game there. Definitely a bit of a mixed bag from our point of view.”

An action-packed encounter saw the teams score a combined 11 tries and 69 points, while the Kings also had four players yellow carded over the course of the game.

“We probably didn’t play that clever when they conceded the first two yellow cards. We’ll look back at all the different moments in the game but for our guys, I thought they kept their heads pretty well. After managing the middle part of the game pretty well, I just thought that last 10 minutes we maybe lost a little bit of control.

“I know we had a few injuries as well and guys were playing out of position, even still, we probably should’ve managed the end of the game a little bit better. We’ve got a win, we’re happy to get a win. It finishes out the block and we’re in a good position in the league.”

Leinster Rugby returns to the RDS Arena on Friday, 23 November, to take on Ospreys in the Guinness PRO14. Join the roar and get tickets now from €25.