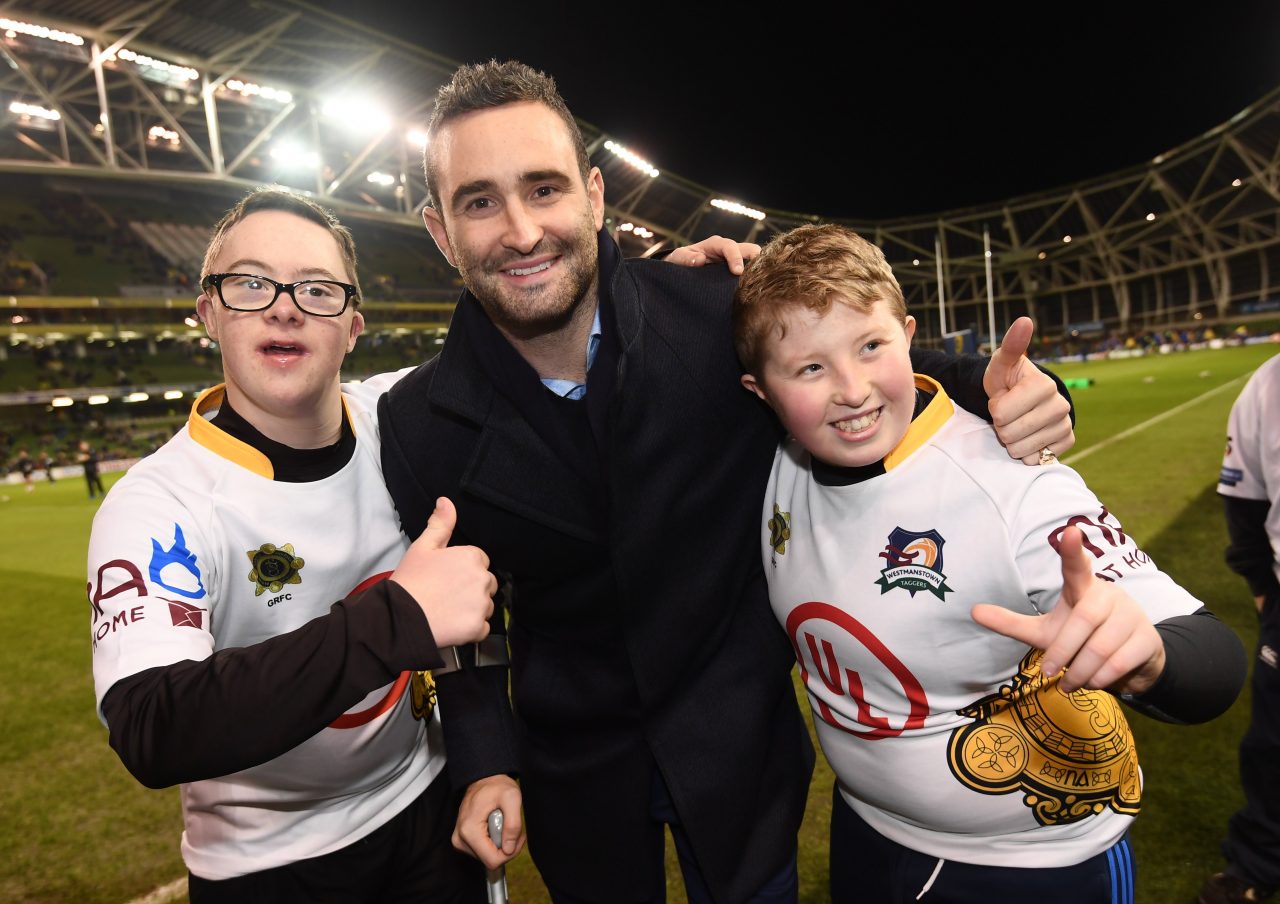 Heavy preparations went into the training sessions for all teams that started a number of months ago with this event in mind. All teams were surprised as Dave Kearney and Joey Carbery popped over to meet them and pose for photos before the match began.

With Leinster having secured a bonus point by half-time, spirits were in flying form as the stage was set for the teams to play at half-time in front of almost 40,000 spectators. The Dunbrody Warriors played the Barnhall Buffaloes and Tullamore Tigers faced Westmanstown Wasps during a 10-minute match.

A massive thank you to our Mini’s Committee that facilitate over 70 plus half-time mini exhibition matches each season in Donnybrook Stadium, The RDS and the Aviva. Well done to all the teams, coaches, managers and parents and Bank of Ireland for sponsoring all half-time matches.