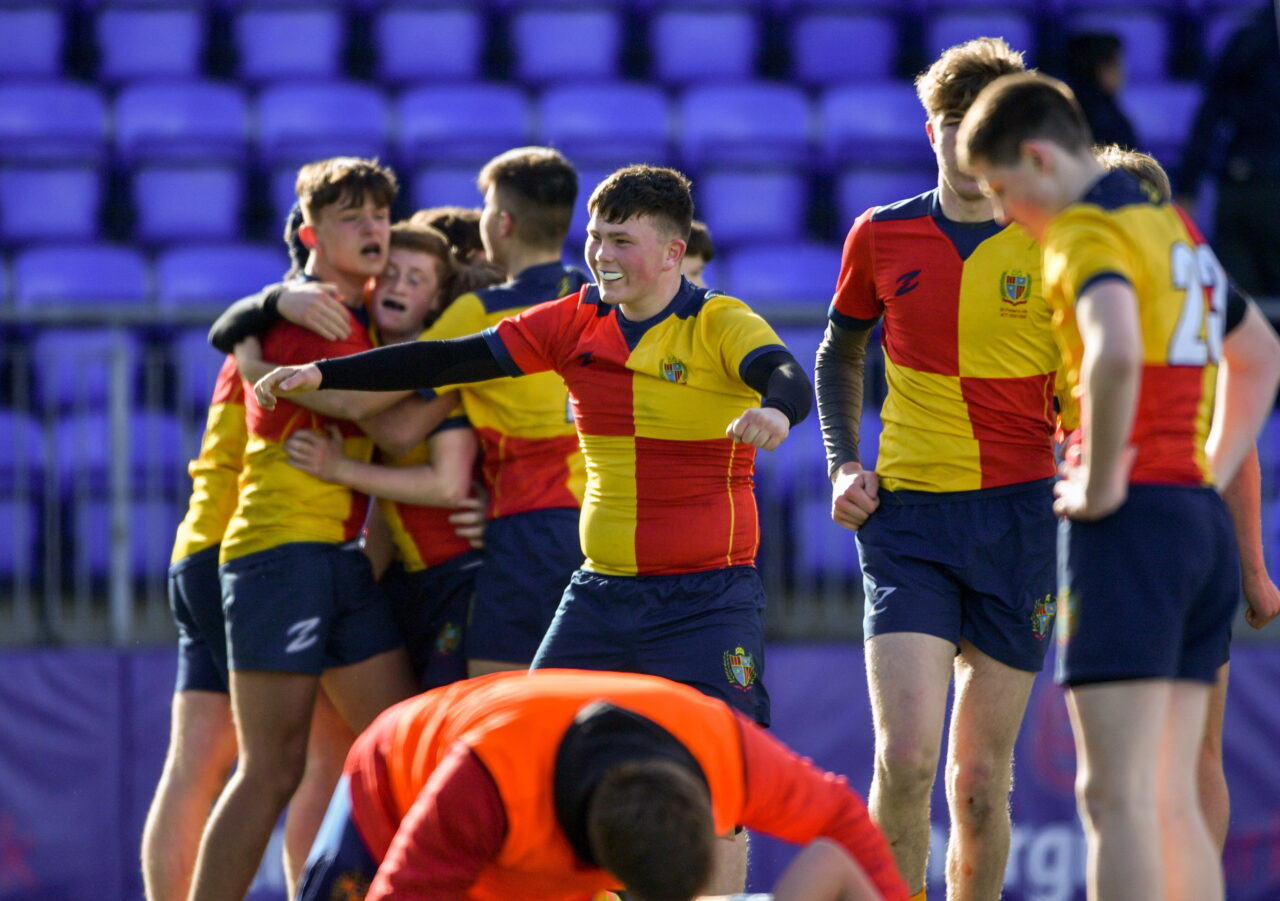 Temple Carrig suffered a cruel blow from the absence of tone-setting hooker Donnacha Gleeson, Lucas O’Gorman stepping into the middle of the front row.

Understandably, there were nerves in the opening exchanges as minor mistakes slowed the game down.

Once St Fintan’s got into a rhythm they were difficult to stop, probing all the way across the field for wings Oisin Kelly and Ryan Curley to be stalled by disciplined defence from Thomas Lawniczak and Oisin Ivory, respectively.

From a scrum, Rory O’Connor-O’Hehir took off across the pitch, attracting defenders, before an unorthodox offload allowed Louis Martin to brush off tackles for the opening try, converted by Ben Barnes in the sixth minute.

It looked like Temple Carrig were on the verge of recovering ground when the ball went astray and O’Connor-O’Hehir showed his pace to accelerate away from chasers from inside his own half for 12-0 in the ninth minute.

Any thoughts of one-way traffic were dispelled when Temple Carrig came calling again, straight from the restart.

They disrupted St Fintan’s and quickly made light work of transitioning to the front-foot where wing Lawniczak exploited the short side to reach for the line.

They were able to shut down Louis Martin on the left and earn a penalty from stellar defence, breaking upfield for centre Marc Homan to almost get the ball away to wing Ivory.

The rain started to come down and it seemed to help TCG’s strategy in nullifying the Sutton school’s ball movement and feeding their own capacity to hit the wider channels.

A sweeping attack up the left was taken all the way by full-back Corey O’Brien to close the gap to 12-10 at half-time.

Temple Carrig were not about to rest on their laurels, starting the second period in bullish form, gradually edging the battle for territory.

They used their big ball carriers Nicko Stewart and Daniel Bruns to burn up metres, going close on the left and even closer on the right when they were held up over the line.

Still, from a scrum, out-half Darragh Shanahan’s quick-thinking duped a rush defence for Lawniczak to perfectly pick a bouncing ball for a third try to put Temple in front for the first time (15-12) in the 37th minute.

St Fintan’s were all at sea, giving up possession yet again to invite pressure which Shanahan could not turn into three points from a difficult penalty.

A bruising burst from Rory O’Connor-O’Hehir drew a penalty straight in front of the posts.

St Fintan’s opted to run and replacement Tadhg Young almost made the corner before the ball was swung left for Rory O’Connor-O’Hehir to crash over for Robert Cantwell to convert for 19-15 in the 47th minute.

There was barely time to draw a breath before that man O’Connor-O’Hehir tore off up the right, chipped over the top and grounded the ball for his third try.

Brother Tadhg O’Connor-O’Hehir was not long on the pitch when taking a pass at full speed to beat the cover in the 54th minute.

“We challenged the boys to show us they are a good side and they began to believe they were as the season wore on,” he said.

“It is an incredible achievement for them to go from the 1B League all the way to the Junior Cup semi-final last week, capping off everything with silverware to show for it.”