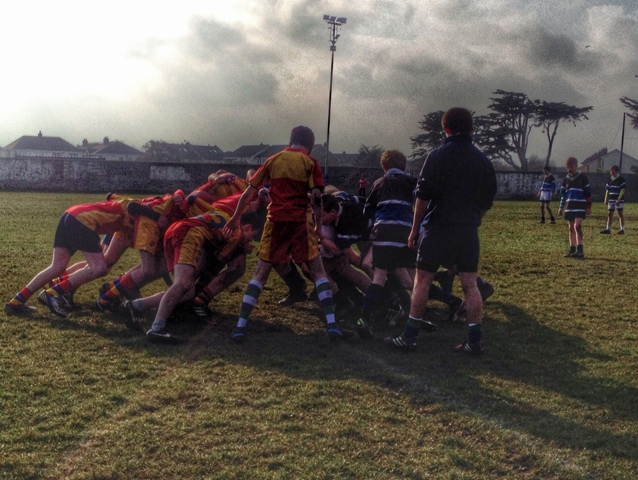 The five teams involved in this round robin tournament were all 2nd year teams. They played each other once and then the top two went into a final and 3rd and 4th played against each other in the 3rd place playoff.

St. Pat’s Navan, the first timers in this cup, hit the group running, winning all of their round robin games which put them into the final.

St. Fintan’s lost against St. Pat’s Navan but won the rest of their games which put them into the final. The game was tightly contested but the St. Fintan’s backs were just too strong, in the end winning 21-0 in the final and crowning St. Fintan’s winners of the Larry O’Reilly Cup.

A massive thank-you must go to all the referees and coaches for their help on the day.

Also to Suttonians Rugby Club for allowing the use of their facilities for the night. Of course the day couldn’t have happened without the coaching work done by Glenn Predy of Leinster Rugby throughout.

If any other schools in the Sutton area would like to participate in similar programmes please contact Glenn Predy on 086-3994839 or email on SuttoniansCCRO@leinsterrugby.ie.