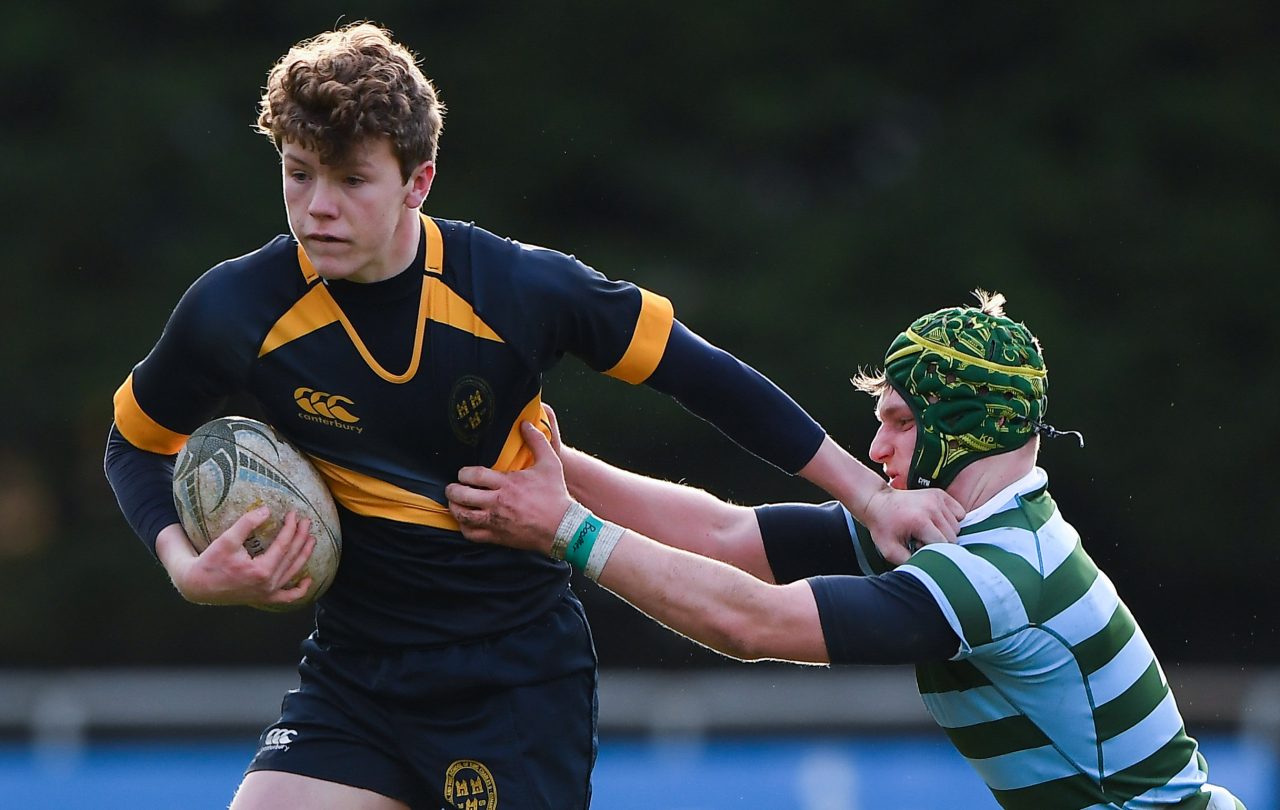 St Gerard’s School jumped into the Bank of Ireland Leinster Schools Senior Cup quarter-final in the bitter cold at Templeville Road this afternoon.

Vinnie Murray Cup qualifiers King’s Hospital had the advantage of playing in that competition to build some momentum, but they struggled to contain the Bray school.

The combination of St Gerard’s physicality and Hos’s struggles at the breakdown allowed the winners to gain the upper hand.

Scrum-half Saul Fitzpatrick was the first to make a breakthrough for Gerard’s with an effort which Patrick Burke converted, the out-half adding a penalty before captain Aidan Long also touched down for a 15-5 lead at the break. Adam Bagnall had hit back for KH.

Centre Callan O’Reilly picked off another try for Gerard’s on their way to victory despite the best efforts of Temple Carrig’s standout flanker Toni Lawal.

KH will still have a date with Temple Carrig in the Vinnie Murray Cup final to look forward to while Gerard’s look ahead now to a place in the last eight.